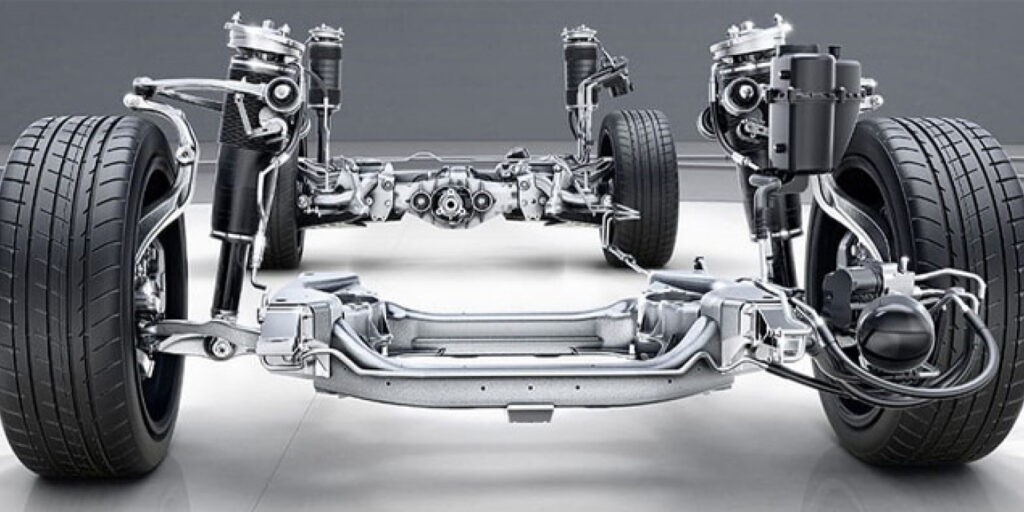 Airmatic first appeared in 1999 in the Mercedes-Benz S-Class, and it has made its way into other models in the years since. This innovation in suspension technology offers unparalleled ride comfort, driving kinetics, and adjustability, but it has also shown some shortcomings over the years. Let’s take a closer look at how the system works, then we’ll give you some tips and tricks for how to diagnose and repair these systems for your customers.

Airmatic suspensions replace the traditional coil springs and gas-pressurized shock absorbers with electronically controlled air suspension components. These systems will typically include some form of automatic ride height control. This allows the system to adjust the ride height for each wheel, adjusting it as needed for the road surface, driving style, or vehicle load. Some Airmatic systems may also feature an Adaptive Damping System (ADS), offering infinitely variable damping control to limit road noise, and improve the handling stability.

The ride comfort offered by these systems is simply excellent. The system can be set to a sportier or more comfort-oriented mode depending on driver preference. While it is true that most AIRMATIC systems can easily go 100,000 miles without any service or repair, it’s inevitable that a failure will occur at some point.

Any time air or fluids are compressed or pumped, there is a risk of leakage. Airmatic shocks and air springs have come a long way in the last few decades, but they will eventually fall victim to a number of outside forces. The soft rubber used in the struts and air bags will degrade after years of heat cycling, developing cracks in the surface and leaking air.

Customers may see that one corner of the vehicle is lower than the rest after the vehicle sits overnight. If the leak isn’t fixed in a timely manner, other components such as the compressor, fuse and relay may fail prematurely due to the added strain placed onto them.

The Airmatic compressor is typically mounted behind the bumper cover (Figure 1), protecting it from the elements. The relay is used to cycle the compressor on and off and may get stuck in the “on” position. This means that the compressor would run constantly, and this could drastically reduce the life of the compressor and/or the high amperage fuse which supplies the power.

To protect the rest of the Airmatic system, excess air pressure would be expelled through the bypass valve. Your customer might notice the compressor running constantly, or they may hear that air hissing out of the bypass valve.

A valve body mounted next to the compressor performs pressure actuation for the air springs (Figure 2). The valve body containing the solenoids for the air-ride units is non-serviceable, but the pressure sensor on the end of the component can be replaced and has been known to fail due to water contamination. This sensor is critical for controlling the operation of the compressor and the pressure in the reservoir(s). If the sensor is bad, it will generate the code C1144.

Airmatic systems use three or four level sensors. Most systems typically have two sensors in the front and one in the rear. If there is a fault with these sensors, it will generate codes C1132-C1135.