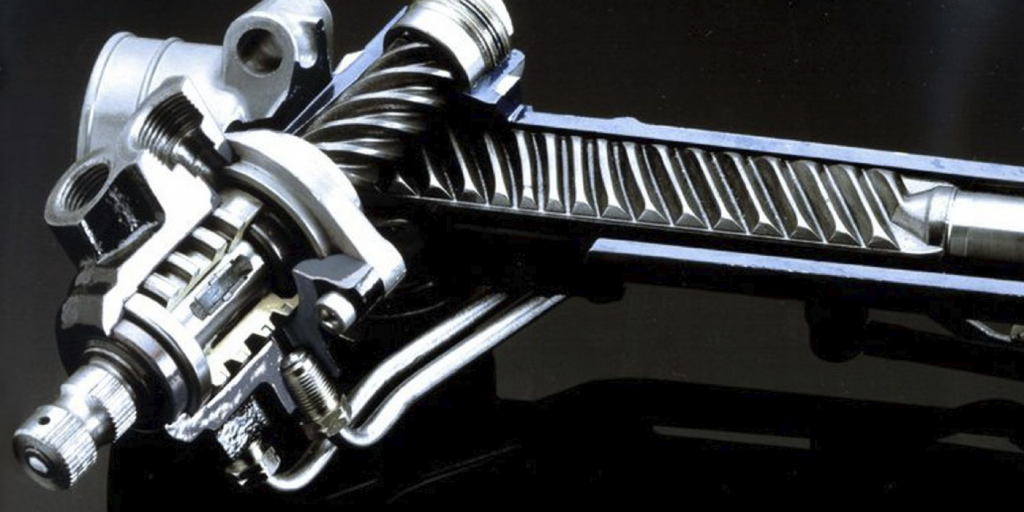 One of the most common crashes today happens when the driver overreacts and overcorrects the steering wheel. What should have been a simple emergency lane change turns into a “tank slapper” where the vehicle careens across all lanes as the stability control system and driver fight to regain control. One solution to this problem is controlling the amount of steering input.

Most vehicles with electric power steering can control driver input by increasing the effort required to turn the wheel to prevent an overcorrection during a electronic stability control event. But the steering ratio is fixed.

To avoid a tank slapper, it might make sense to install a very slow ratio steering rack. But this would require a lot of motion in the steering wheel to turn or park.

The steering effort control module (SECM) controls the motor that changes the position of the variable-ratio mechanism. The changes to the ratio occur quickly. The primary inputs are steering position, torque and vehicle dynamics.

SECM communicates with many modules. The steering angle sensor module (SASM) and power steering control module (PSCM) inputs are used to sense inputs from the driver. The ABS module monitors vehicle dynamics. Other inputs like data from the imaging processing module A (IPMA) is used during lane departure corrections.

If the vehicle loses electrical power or the SECM detects a fault while driving, the lock is engaged. Extreme operating conditions may also cause the SECM to engage the lock. This strategy prevents overheating and permanent damage to the adaptive steering system.

Typical steering and driving maneuvers allow the system to cool and return to normal operation.

Variable-ratio steering is coming and will add a new wrinkle to steering system diagnostics.