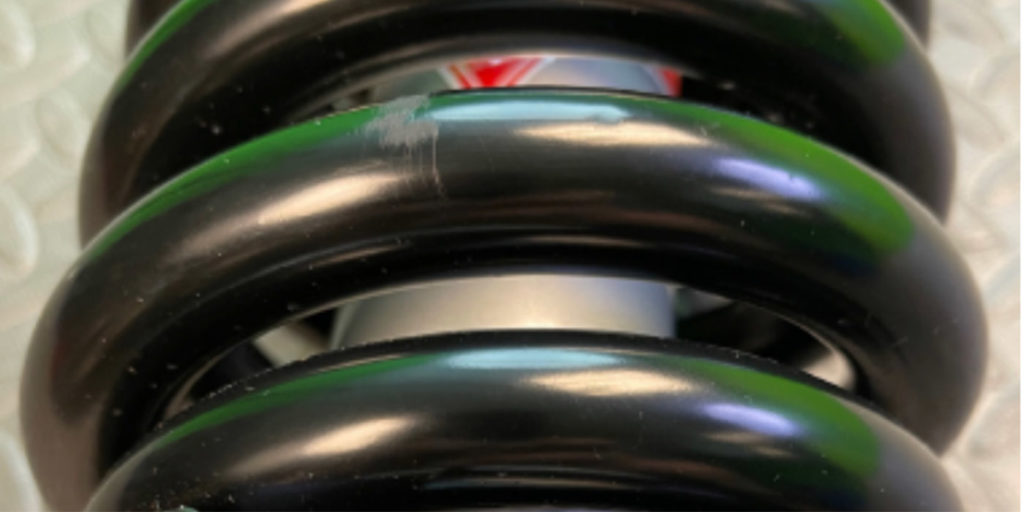 A new strut or shock is only as good as the parts that secure it to the vehicle and suspension. This is because a shock or strut is one of the parts connecting the suspension to the body.

It is easy to replace a shock or strut. With the right tools and a decent spring compressor, the replacement of the shock or strut isn’t difficult. It is even easier if you use a loaded or complete strut or shock that includes the spring. But, if you forget to service the parts that secure the dampener to the vehicle, it is an easy way to cause a comeback.

One mistake to avoid when replacing struts is reusing the bearing plates or upper mounts. It’s like rebuilding an engine with a new crankshaft and reusing the old bearings and gaskets.

Upper strut mounts and bearing plates get hammered. The mount is not only is subjected to the force of the springs, but the damping forces of the strut. The upper strut mount also acts as ball joint and a bushing.

The bearings in the plate are sealed assemblies and cannot be lubricated. So, if the bearing plate is rusted, loose, worn, noisy, binding or damaged, it has to be replaced.

Steering noise such as snapping, popping, creaking or groaning sounds when turning are symptoms the bearing has failed. On some vehicles, the condition of the bearing plate can cause increased steering effort and memory steer.

Bump stops that fit on the rod of a strut should always be transferred from the old assembly or replaced with new parts. This is cheap insurance against damaging the new unit if it bottoms out. Even if the old strut does not have one, check the parts catalog for a replacement.

If a strut or shock bottoms out, it can damage the valves in the piston or at the bottom of the bore. If the bump stop is missing it could be a sign that the springs are worn out. Some ride control suppliers will package the boot and bump stop together.

The boot on a shock or strut is critical to the outside and inside of the unit. When a stone hits the chrome shaft of a shock or strut, it will first cause a pit or scratch. This may cause damage to the seal, which might cause a loss of fluid. If the damaged area starts to corrode, it could cause the shaft to lose even more chrome.

The seal at the top of the body is the barrier between the harsh environment outside and the fluid and gas within the unit. The seal cannot be effective if the surface of the shaft is pitted or damaged. Poor sealing surfaces can cause the unit to leak. If the pitting or lost chrome plating is large enough, it can damage the seal. This can lead to water and debris getting into the unit and damaging the valves and piston seal. To protect the seal, it is essential to replace the boots. If any of these items are missing, it could cause premature failure of the new unit.

When a strut is removed, now is the time to replace the cam bolts to adjust the camber angle. Failure to sell these items up front could lead to a second phone call to the customer to get approval. It could also tie up the alignment bay while you are waiting for the parts and the time it takes to install them.

If only a camber correction is necessary, it is easier to replace the upper strut-to-knuckle mounting bolts with cam bolts. These bolts can change camber by ±1.75º without altering the caster.

One of the most ignored parts of a suspension is the “third spring” that controls body movement. The third spring is known as the sway or anti-roll bar. While the bar will almost never fail, the links to the suspension and mounting points to the vehicle can wear out and fail. Many vehicles use links with ball joints and plastic links. These links can fail and cause noise and unstable handling.

Replacing the links with the struts can save a possible noise comeback.

Air ride suspension systems can be found on domestic and import cars and trucks. The shocks, struts and spring bladders are only a small part of the air ride system. If a unit is leaking, the compressor has to work harder to keep the suspension up. Also, the air dryer has to remove the water from a greater amount of air.

The leading cause of compressor failure is an air leak. If the compressor is constantly running, it’s going to work itself to an early death.

It is very important to ensure that the source of air for the compressor is as clean and dry as possible. When air is compressed, the water vapor contained in the air is condensed into a liquid. If there is no means of removing the water from the system, it will find its way to all parts of the system, causing corrosion damage or freezing.

Most systems have a dryer that is connected to the compressor outlet to absorb the water entering the system. The dryer contains a moisture-absorbing desiccant such as silica gel. The desiccant can hold a given amount of water and, once it is saturated, it will allow water to pass into the system.

The dryers that are installed on most systems do not have an indicator that will show when it is saturated and no longer able to absorb water. An additional dryer with a moisture indicator can be added to the original equipment dryer. It can be installed in the supply line and placed in a position where a periodic check can be done.

In the past 15 years, complete strut assemblies have become an option for many vehicles. These are a great option because chances are the main reason why a customer is in your shop is because the spring broke. If you have ever tried to source just a spring, you know it can be difficult.

Loaded shocks and struts solve a lot of parts sourcing problems with just one part number. But no matter the vehicle, it is not a total plug-and-play parts solution. You still need to pay attention to surfaces on the vehicle that make contact with the upper strut mount. Many OEMs will use noise-dampening materials to isolate the strut from the vehicle. It could be as simple as foam tape, or as complex as a shim made of layers of rubber. Either way, they need to be replaced or duplicated on the new unit. 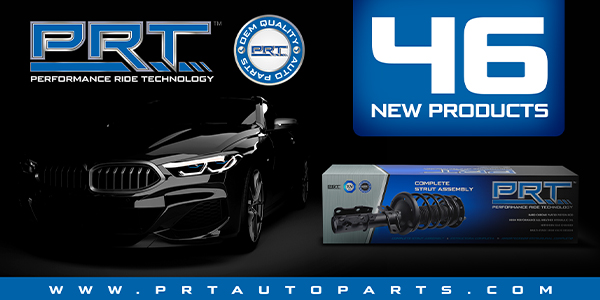