In November, Palermo was named the 2011 Best Tech of the Year recipient, a program sponsored by WIX Filters to recognize the skills and professionalism of today’s automotive technicians. This was the first year for the award. 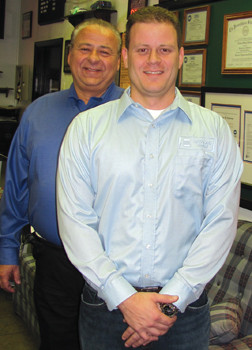 From the time he was a little boy, Tom Palermo, 38, knew he wanted to work in the automotive service industry.

Reflecting on 20 years of working as an ­automotive technician in the family-run Preferred Automotive Specialists, Jenkintown, PA, Palermo believes he made the correct career choice and was recently recognized for his impact as a technician in the service industry.

In November, Palermo was named the 2011 Best Tech of the Year recipient, a program sponsored by WIX Filters to recognize the skills and professionalism of today’s automotive technicians. This was the first year for the award.

Palermo said as a child, he had the “drive” toward the automotive service and repair market. “I was exposed to this industry at a very early age thanks to the fact that my father, Joe Palermo, had a shop in Philadelphia,” he said.

“Many of the qualities and thought processes that I utilize in my current position today as lead diagnostician, I owe to the tutelage and training I received both professionally and personally from my father. I saw his passion for the industry and was inundated with the same passion and desire to be the best.”

Growing up and making his way through grade and high school, Palermo said he spent nearly every moment he could either educating himself in the automotive field or working at his father’s shop when not in school. 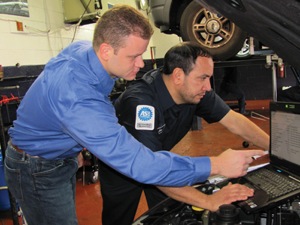 “I’ve always been a ‘hands on’ type of person and was able to find the right balance between book knowledge and hands-on practicability,” Palermo said.

In fact, he completed restoring his first car — a 1967 Pontiac LeMans — when he was 15, before he could legally drive.

“It was a great learning experience for me because it was my first foray into electrical and mechanical problems that required me to refer to various forms of technical material in order to produce positive results,” Palermo explained.

“It really drove home how important precise information and the ability to interpret that information can be as it pertained to repairing vehicles. While not the most complicated vehicle to repair, it certainly was an invaluable training aid that forced me to think in a methodical, intelligent and resolute way.”

College Bound
When he was 18, Palermo enrolled at Penn State University and majored in Mechanical Engineering Technology. During this time, he continued to work in the automotive business and began to expand his mechanical capabilities by working as an engine rebuilder and installer. 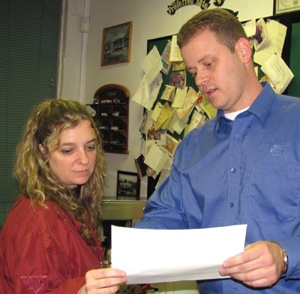 “Again, that training was absolutely invaluable to me because I had to not only rebuild the engines, but install them,” he explained. “Rebuilding the engines taught me to work in a clean and organized manner that required attention to every detail imaginable. And installing them meant I had to be proficient at both the labor-intensive portion of those projects and repairing the inevitable surprises that come up during such a labor operation.”

Throughout his time at Penn State, Palermo said he related everything he learned to the automobile — from courses such as thermodynamics to classes on metallurgy. He also grew more proficient in electrical systems, as well as the computerization of automobiles.

“It was at that time I began getting heavily involved in diagnostics and the more advanced theories of automobile systems,” Palermo said. “Our shop was an AAA shop and we saw just about every brand of vehicle come through our doors with problems that ranged from the mundane to strange.

“Being exposed to many different makes and models drove home the need for me to continue learning and to never get bogged down in a closed-minded way of thinking. This truly was the first time I realized that this wasn’t a trade, but a practice. It made me proud to know that I would be able to spend my life continually challenging myself and constantly learning.”

After graduating from Penn State with a bachelor of science degree, Palermo began to work as a diagnostic tech where he was exposed to many different types of problems both of a mechanical and electrical nature. This time period also coincided with the release of OBD II in vehicles.

“In my opinion, that period of time in the automotive industry was one of the best times for integration of both mechanical and electrical systems,” he said. “And while by today’s standard that integration may be considered by some to be archaic, it truly was a precursor of things to come.”

Palermo explained that having the opportunity to train on non-computerized, OBD I and OBD II vehicles at the same time allowed him to hone his diagnostic skills and automotive systems knowledge.

To aid in this training, Palermo said he became involved with the National Institute for Automotive Service Excellence and began taking the ASE tests. “I quickly realized that ASE certification was the best way to exemplify both my commitment to the industry and my commitment to improving myself,” he said.

Continuing Education
In 2000, Palermo moved to Florida to attend Southwest Florida College for the next two years where he received an associate degree in science in Microsoft Network Engineering.

But his passion for the automotive industry never waned. “I remained involved in the industry and continued to grow and learn,” he said, adding at the time he worked for Sony Electronic as a top tier specialist.

“I felt this degree would ultimately be helpful both personally and professionally,” he said. “In fact, it has proven to be invaluable both in the automotive side of our business, as well as the technological side as it pertains to the integration of computers, technicians and vehicles at Preferred Automotive.” 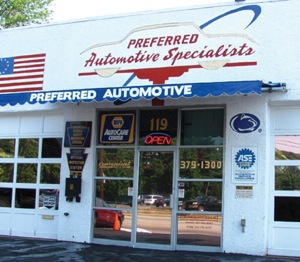 In 2002, Palermo returned to Pennsylvania to work in the industry he was destined for — the family business. In the past decade, he has been responsible for the operations of the shop and the development of its employees. At the same time, Palermo has made it a priority for continual education, as well as improving on training and certification for his techs and advisors, through seminars and classes provided by NAPA AUTOCARE programs.

“I also have a philosophy of leading by example, and as such, I require that my techs and advisors always put the customers’ needs and best interests before everything else,” he said. “Our mantra is ‘We are in the relationship business, not just the vehicle repair business.’”

Industry Outlook
Palermo, who also received the 2011 AAIA-ASE World Class Technician Award from the Automotive Aftermarket Industry Association and ASE, said today’s technicians need to be proactive when it comes to the cutting edge of technology being developed in today’s and tomorrow’s vehicles.

“Every time a new technology emerges, it is our philosophy that we owe it to our customers — both fleet and private — to be knowledgeable and proficient in these areas. Whether it be hybrids, CNG vehicles or electric vehicles, our customers know that no matter what type of vehicle they own, we will be able to both service and educate them as it pertains to their vehicles.”

Palermo said 20 years ago, no one could dream that technology would take us to where we currently are. “This industry is on the brink of amazing and truly groundbreaking technology, whether it is bio fuels, electric vehicles, hybrids, etc. The traditional view of repair facilities and technicians has changed drastically and will continue to do so.

The advancements in technology require that we, as service professionals, always stay at the forefront of ever-changing vehicle design and function. It’s my belief that continuing education and a constant thirst for knowledge will become the norm and not the exception.”

Palermo said he is truly honored to be involved in the automotive industry and is very optimistic for the future for both himself and the technicians who work with him at Preferred Automotive Specialists.

“Along the way of my career, I have had the opportunity to work with some of the best people in the industry — including technicians, trainers, parts institutions and their representatives,” he said.

“And over the years, I’ve seen our industry grow and move in a very positive direction. We, as an industry, have shaken many of the stigmas that were plaguing us in the past — not through slick ads or eloquent ad campaigns — but through the hard work and perseverance of the people in the industry.” 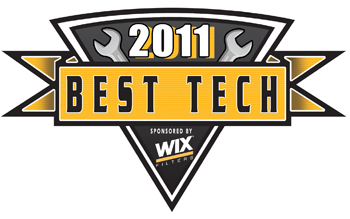 Advertisement
In this article:Diagnostics, Diagnostics: Driveability