One of the key components in an electronic fuel injection system is the fuel pump. The pump is electrically driven and is usually located inside the fuel tank. The pump creates pressure to push fuel from the fuel tank to the injectors. A pressure regulator on the engine’s fuel supply rail (or on the pump in returnless EFI systems) controls the amount of fuel pressure that goes to the injectors. Fuel pressure must be within a specified range for the engine to run properly.

The two most common fuel-related ailments that cause driveability and emissions problems or a no-start are low fuel pressure and no fuel pressure.

If fuel pressure is less than specifications, even by only a couple of pounds, the injectors will not deliver their normal dose of fuel to the engine, causing the engine to run lean. This can lead to a lean misfire, a rough idle, hesitation or stumbling when accelerating. The engine will lack power and probably flunk an emissions test.

Replacing the fuel pump won’t always cure this kind of problem because a lean fuel condition can also be caused by dirty fuel injectors, a vacuum leak or a weak fuel pressure regulator. So the fuel pump should not be replaced until the fuel system has been diagnosed. This includes measuring fuel pressure at the fuel rail or injectors with a gauge and comparing the reading to specifications.

If the pressure reading is not within the range specified (which varies depending on the vehicle application and type of fuel injection system), there’s a problem that will require further diagnosis.

A low fuel pressure reading may be due to a leaky or defective fuel pressure regulator. The regulator vacuum hose connection should be checked, and the return line temporarily pinched shut to see if doing so increases pressure. A sudden rise in pressure means the regulator is the problem, not the pump. No change in pressure would indicate low pressure in the supply line. But it might not be a weak fuel pump. A plugged fuel filter, pinched fuel supply hose or crimped fuel supply line can also cause a loss of pressure, so these parts need to be inspected, too.

If fuel pressure is within specifications, it doesn’t mean the pump is good. Often, a weak fuel pump will generate normal pressure at idle, but fail to keep up with the engine’s appetite for fuel as engine speed and load increase. That’s why it’s important to also measure the volume of fuel delivered by the pump.

Low fuel volume doesn’t necessarily mean the pump is bad, though. It might be worn, but it also might be running slower than normal because of low battery voltage or a bad electrical connection. If a voltage check at the pump reveals a voltage drop of more than 0.1 volts across the connectors, or low battery voltage, replacing the pump won’t fix anything. The electrical problem needs to be addressed so the pump will receive normal voltage and spin at normal speed.

The fuel pump is usually energized by the powertrain control module (PCM) via a relay located under the dash, in the engine compartment or inside a kick panel. If the relay fails (which relays often do), the pump won’t receive any voltage. And if the pump doesn’t spin when the ignition is turned on, it can’t generate any fuel pressure and the engine won’t start. That’s why the relay also needs to be ruled out as a possible cause of trouble. This can be done by using fused jumpers to bypass the relay. If the pump works when the relay is bypassed, the relay needs to be replaced.

Other items a fuel pump customer might also need include a new fuel filter (highly recommended), fuel hose, a quick-disconnect tool to replace the fuel filter, and fuel injector cleaner. 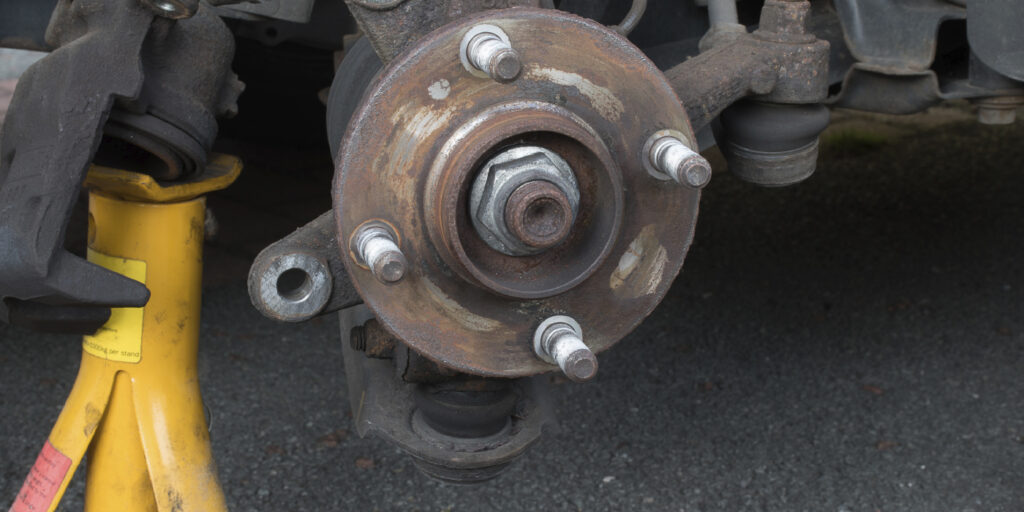