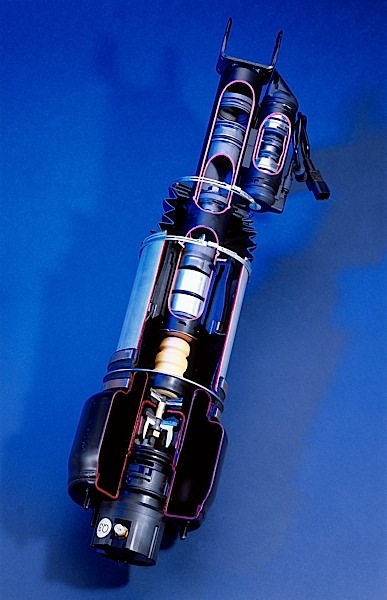 When an air ride system fails, it can fail in a big way. It is a rarity that just one component fails. It can be a cascade of failures that can lead to a huge repair bill. Make it a point to inspect the system before a health check turns into an autopsy.
The first signs of a failing system maybe a compressor that runs a little longer than expected or blown fuse. These are symptoms of a problem with the system, but they are also a problem on their own.
Air Compressors
When a compressor runs more than normal, it can cause debris to enter the system. It can also increase the amount of moisture in the system. Both can damage valves and other sensitive components in the air ride system.
Most passenger and light truck compressors are a diaphragm-type that supplies an oil free air supply to the springs. A piston-type compressor is available for custom systems. The compressor is designed for intermittent service to inflate the air springs. Running the compressor for extended periods can over heat the compressor and damage the diaphragm or piston. It is very important to ensure that the source of air for the compressor is clean and as dry as possible. 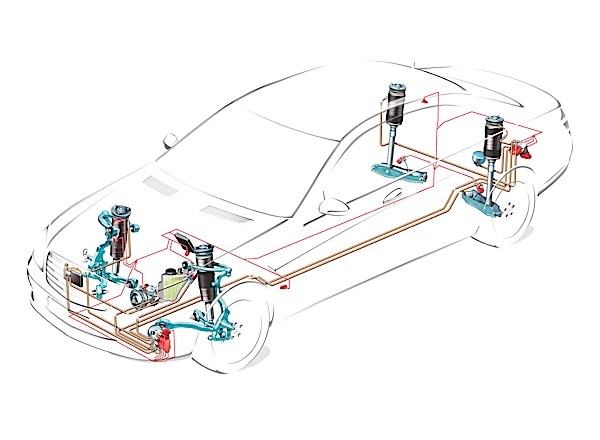 Another thing to remember is that most compressors are not in the cleanest of environments. Most are mounted under the vehicles where they can be subjected to road spray. Most systems have a dryer that is connected to the compressor outlet to absorb the water entering the system. The dryer contains a moisture-absorbing desiccant such as silica gel. The desiccant can hold a given amount of water and once the desiccant is saturated with water, it will allow water to pass into the system. 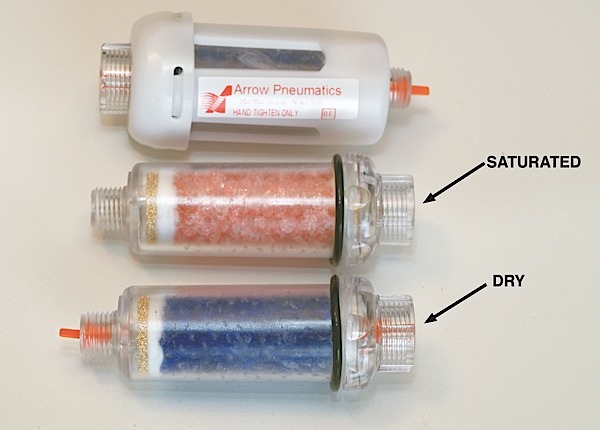 The dryers that are installed on most systems do not have an indicator that will show when it is saturated and no longer able to absorb water. An additional dryer with a moisture indicator can be added to the original equipment dryer. Some are not serviceable and are incorporated into the compressor unit. They have a limited life and any compromises in the system can lead to an early demise.
LINES
It is a common practice to flush the lines of a transmission after it has failed internally. The same is true for air ride systems. Lines of a damaged system can hold moisture and debris from a failed compressor. Not flushing the lines can lead to the premature failure of a new component including air struts and shocks.
Flushing the line with compressed air should remove any debris. Do not use brake cleaner; the solvents could damage the lines.
AIR BLADDERS
Air bags and bladders are not the weakest link in the system. Advances in the synthetic materials that make the air bag make the air chamber resistant to leaks and tears. Internal damage caused by compressor debris can cause a leak in the air bag. Also, oil from the compressor may cause damage to the internal surfaces of the bladder. This can weaken the spring and cause it to fail.
Nothing is worse than a comeback or having to warranty a repair you already performed. Besides hurting your bottom line, it hurts your reputation with the customer and your suppliers. Piecemealing out an air suspension repair by replacing the next failed component is not fixing a vehicle. n