By Brake and Front End Staff
Jun 24, 2014
Models: 2005-’14 GM cars and trucks equipped with hydraulic steering
Customers may comment on a fluid leak under the front of the vehicle. Upon further investigation, the technician may find fluid leaking from the power steering system.
Diagnostic Information
Important: All potential leaks should be completely cleaned and identified before attempting to repair or replace any power steering components. 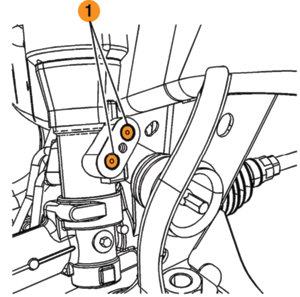 1. Start your diagnosis by inspecting the fluid level in the power steering reservoir. If the fluid level is not low, a careful analysis of the condition is necessary as it may involve a different type of fluid leak.
2. Visually inspect the components where the fluid has accumulated.
3. Before the component is replaced, inspect fittings and connections for proper torque. Clean the area around connections, joints and seals with engine degreaser.
4. Add fluorescent dye to the power steering fluid.
5. Start the vehicle and allow the power steering system to reach normal operating temperatures.
6. Turn the steering wheel to the stops in each direction while bumping the steering wheel against the stops 3-4 times. This will build maximum steering system pressure and help identify the source of the leak if present.
Caution: Do not hold the steering wheel against the stops as this will damage the power steering pump.
7. Determine the source of the leak. If a repeatable leak is found, refer to the following tables to determine the proper corrective action needed. 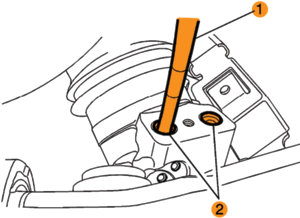