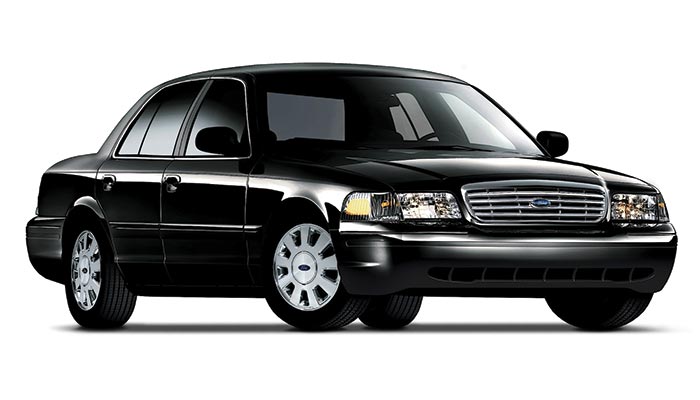 From 1997 to 2011, the Crown Victoria (more commonly known as the Crown Vic) had the same optional air ride system on the surface. From the outside, the only differences that could be seen were improved air bags in 2003.

Behind the scenes, Ford was improving how the compressor, solenoids and ride height sensor worked together with better control modules.

All air ride-equipped Crown Vics have a switch in the trunk on the left to deactivate the air ride system. This switch should be turned to the OFF position if you are lifting the vehicle or servicing the system.

To access codes and perform certain diagnostic tests, a Ford Super Star II or similar tool is required to communicate with the module. The codes were proprietary and had two digits. However, most component diagnostics can be performed using pin out tests.

In 2003, the module could talk to the vehicle’s other modules, and codes could be retrieved through the OBDII DLC. The codes were now conventional body and chassis codes. Over the next eight years, Ford did improve the module and calibrations. These improvements also include bi-directional test and controls that can make diagnostics and repairs easier.

When the key is in the ON position, the load-leveling feature automatically makes adjustments to the vehicle height so that the vehicle is always at target height and constant front-to-rear vehicle attitudes are maintained when loads change. The system will not make ride height changes if a door is open.

This leaves the vehicle with a consistent stance if a load is removed or added from the rear.

To calibrate the sensor to the vehicle, you need to measure the distance between the top of the axle to the bottom of the frame rail with the suspension inflated. Ford calls this the “D” dimension. This is done by running the vehicle for at least two minutes to fully inflate the bag. If it can inflate the air springs in two minutes, there are other problems such as leaks or a worn-out compressor.

The distance between the axle and rail should be between 110 and 130 mm. The service information will include the optimal specification for the model year.

This distance will determine the voltage output signal coming from the ride height sensor. For example, on 2005 models the signal voltage should be approximately 2.8 volts if the vehicle “D” distance is 116 mm. The sensor can be adjusted using the bracket attached to the Watts link.

The air bags have solenoids mounted to the side that allow the bladder to either fill or vent. There is no air reservoir on this system. The valves are normally closed. Changing pressure not only changes ride height, it also changes spring rate. The double o-rings on the shaft and upper mount should always be replaced and lubricated with a silicone-based spray lubricant. These help to seal the unit from outside debris.

The Compressor and Dryer

The Crown Vic’s compressor has a dryer that is connected to the compressor outlet and to the air springs to absorb the water entering the system. It is the large black cylinder next to the motor.

The dryer contains a moisture-absorbing desiccant, such as silica gel. The desiccant can hold a given amount of water, and once the desiccant is saturated with water, it will allow water to pass into the system. The dryer should be replaced if an air bag is leaking or the compressor has failed.

On all models, there is also a thermal overload circuit breaker fuse on the compressor that will be tripped if excessive compressor motor heat is detected.