Mac Tools Sweepstakes Gives Away a 'Ride to Remember' 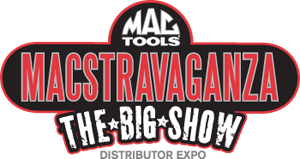 Mac Tools recently announced that the Mac Card "Ride to Remember" Sweepstakes will officially kick off on March 1, 2006. The sweepstakes will run for five months. Each month, one winner will be given a four-day, three-night trip for four to the 52nd Mac Tools U.S. Nationals NHRA event in Indianapolis, IN, scheduled for Sept. 1 – 4, 2006. In addition, each winner will receive a Chip Foose Tool Box, and a chance to win the grand prize 2006 Mustang Convertible crafted exclusively for Mac Tools by renowned car designer Chip Foose.

To win the grand prize, each of the five potential winners will select a key for a chance to start the Foose Mustang in front of the crowd at the Indianapolis Raceway Park on Finals Day at the 2006 Mac Tools U.S. Nationals. The first winner’s key that starts the Foose Mustang will be declared the grand prize winner, and will take home the one-of-a-kind vehicle valued at $50,000.

A person enters into the contest by making a purchase with the Mac Card from March 1, 2006 through July 31, 2006. Every Mac Card purchase provides one entry into the contest. Each month, one potential winner will be selected at random from among all eligible entries received.

For more details and the official rules for the Mac Card Ride to Remember Sweepstakes, check with your local distributor or log onto www.mactools.com.