New tools, tool storage and equipment were introduced at the 2014 Mac Tools Tool Fair, including new cordless drills and ratchets, a new low-profile jack and the Mentor Touch tablet. 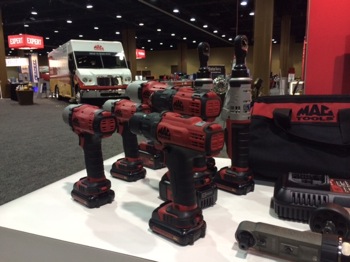 Mac Tools held its 2014 Tool Fair in Orlando, FL, Feb. 20-22, hosting vendors, franchisees and guests. The Tool Fair is an opportunity for many of the company’s vendors to show new products to Mac Tool distributors. 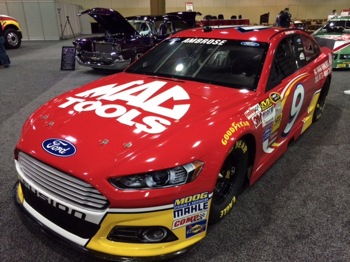 Tools highlighted at the show included cordless drills and ratchets with batteries that can be interchanged with DEWALT batteries, a new low-profile jack and the Mentor Touch, a 7” Android tablet that boots in 15 seconds. Want to customize a new toolbox? Your Mac Tools distributor can help you design and custom order a box or cart online. The carts, which feature soft-close drawers and side rails to add accessories, are made in Ohio. 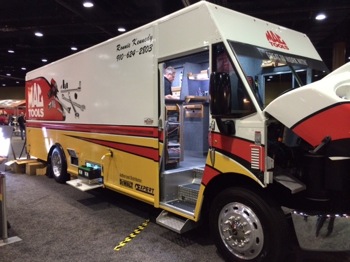 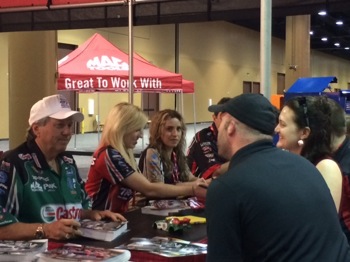 When the Mac Tools team was looking for a new design for its tool trucks, Chip Foose offered to lend a hand. The new truck design was showcased in the middle of the Tool Fair floor and received a lot of attention. Foose and his “Overhaulin’” co-star Chris Jacobs visited with distributors throughout the show.

In addition to its association with Foose, Mac Tools is heavily involved in racing and supports top teams in NHRA and NASCAR, including Team Kalitta, and John and Courtney Force, who were on hand to sign autographs.

NASTF Details Phase 1 Of New Website Launch
Connect with us