By Andrew Markel
Mar 4, 2014
In the past 30 years, the fuel injector has moved from the intake manifold to the combustion chamber. During this evolution, injectors have become more precise in dispensing fuel. If this precision is thrown off by restrictions, electrical problems or fuel problems, it can cause driveability issues.
These are the top 10 signs fuel injectors need service or replacement.

1. Restrictions
It doesn’t take much of a restriction in an injector to lean out the fuel mixture. A restriction of only 8% to 10% in a single fuel injector can be enough to cause a misfire. When this occurs, unburned oxygen enters the exhaust and makes the O2 sensor read lean. On older multiport systems that fire the injectors simultaneously, the computer compensates by increasing the “on” time of all the injectors, which can create an overly rich fuel condition in the other cylinders.
Direct fuel injectors are more sensitive to restrictions because of the precise amount of fuel they inject into the combustion chamber.
2. Turbo Troubles
In turbocharged engines, dirty injectors can have a dangerous leaning effect that may lead to engine-damaging detonation. When the engine is under boost and at a higher rpm, it needs all the fuel the injectors can deliver. If the injectors are dirty and can’t keep up with the engine’s demands, the fuel mixture will lean out, causing detonation to occur. The leaning out may cause higher than normal exhaust temperatures and turbo failure.

3. Heat Soak
When the engine is shut off, the injectors undergo heat soak. Fuel residue evaporates in the injector nozzles, leaving the waxy olefins behind. Because the engine is off, there is no cooling airflow moving through the ports and no fuel flowing through the injectors to wash it away, so heat bakes the olefins into hard varnish deposits. Over time, these deposits can build up and clog the injectors. A vehicle may have low mileage, but short drive cycles and increased heat soaks can clog the injector.
Since the formation of these deposits is a normal consequence of engine operation, detergents are added to gasoline to help keep the injectors clean. But if a vehicle is used primarily for short-trip driving, the deposits may build up faster than the detergents can wash them away. On four-cylinder engines, the No. 2 and No. 3 injectors are in the hottest location and tend to clog up faster than the end injectors on cylinders No. 1 and No. 4. The same applies to the injectors in the middle cylinders in six- and eight-cylinder engines. The hotter the location, the more vulnerable the injector is to clogging from heat soak. Throttle body injectors are less vulnerable to heat soak because of their location high above the intake manifold plenum.
Heat soak can affect direct-injection injectors due to their placement in the head. Even with the higher pressures, the orifices can become clogged over time. 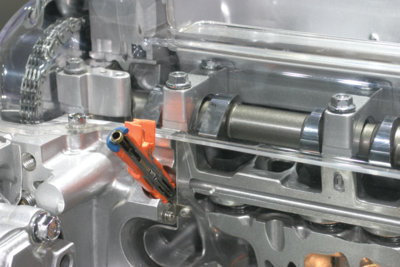 4. Increase or Decrease in Long- and Short-Term Fuel Trims
The fuel calibration curves in the Powertrain Control Module (PCM) are based on OEM dyno testing using a new engine. Fuel pressure is within a specified range for that engine, and the injectors are all clean and new. The PCM’s built-in adaptive fuel control strategies allow it to adjust both short-term and long-term fuel trim to compensate for variances in fuel pressure and fuel delivery to maintain the correct air/fuel ratio — but only within certain limits.
The PCM may not be able to increase injector duration enough to offset the difference if:
• An injector becomes clogged with fuel varnish deposits and fails to deliver its normal dose of fuel when it’s energized, or
• Fuel pressure to the injector drops below specifications because of a weak fuel pump, plugged fuel filter or leaky fuel pressure regulator.
This can leave the air/fuel mixture too lean, causing the cylinder to misfire. 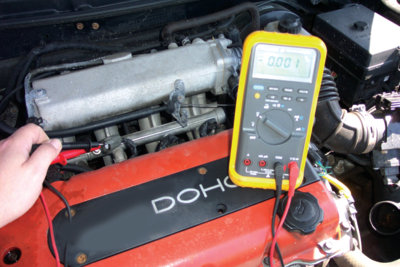 5. Not Enough Resistance
The solenoid at the top of the injector creates a magnetic field that pulls up the injector pintle when the injector is energized. The magnetic field must be strong enough to overcome the spring pressure and fuel pressure above the pintle, otherwise the injector may not open all the way (or at all). Shorts, opens or excessive resistance in the injector solenoid can also cause problems.
Typically, the solenoids often short internally when injectors fail, which causes a drop in resistance. If the specification calls for 3 ohms, for example, and an injector measures only 1 ohm, it will pull more current than the other injectors. Too much current flow to an injector may cause the PCM injector driver circuit to shut down, killing any other injectors that also share that same driver circuit. One way to check the injectors is with an ohmmeter.
6. Longer Crank Times
An injector leak will cause the rail to lose pressure while the vehicle is sitting. This could result in a longer than normal crank because the rail will need extra time to pressurize. 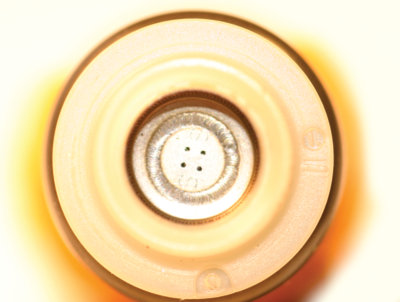 A normal crank time in a diesel common-rail injection system is usually around three to five seconds. This is how long it will take the common-rail pump to build fuel pressure to the “threshold.” The fuel rail pressure threshold for cranking occurs around 5,000 psi. Normal common-rail systems will operate at 5,000 psi at idle and can reach up to 30,000 psi at wide open throttle (WOT).
7. Failed Balance Tests
If you suspect that an injector is clogged or malfunctioning, an injector balance test can isolate the bad injector. Scan tools that can disable injectors can isolate an injector for diagnostics. Engine rpm drop may not be an effective diagnostic method when performing a cylinder balance test where an injector is disabled. 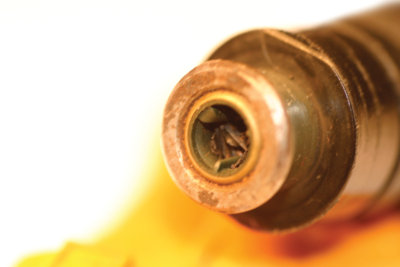 A more effective method is looking at the voltage changes from the O2 sensor. Leaking injectors and some dead injectors can be missed even when an injector is disabled. Other problems with the ignition system and mechanical components also may not show an rpm loss when an injector is turned off. If an injector is good, the voltage from the O2 sensor will drop to or below 100mV. If the problem is a closed or dead injector, the long-term fuel trim may have compensated enough so that the voltage doesn’t change.
Another effective test is to measure the pressure loss in the fuel rail when each injector is fired and pulses for a set period of time. Use an electronic injector pulse tester for this. As each injector is energized, a fuel pressure gauge is observed to monitor the drop in fuel pressure. The electrical connectors to the other injectors are removed, isolating the injector being tested. The difference between the maximum and minimum reading is the pressure drop.
Ideally, each injector should drop the same amount when opened. A variation of 1.5 to 2 psi or more is cause for concern. No pressure drop, or a very low pressure drop, is a sign the orifice or tip is restricted. A higher than normal pressure drop indicates a rich condition that could be caused by a stuck plunger or worn pintle.
8. Misfire Codes
A lean misfire may trigger a misfire code and turn on the check engine light. The code often will be a P0300 random misfire code, or you may find one or more misfire codes for individual cylinders, depending on which injectors are most affected. 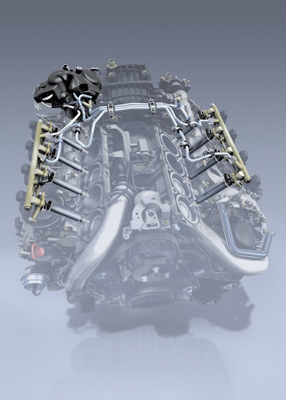 9. Vehicle Won’t Start With Full Tank
Major symptoms of contaminated fuel can include cranking no-start, hard starting, stalling, loss of power and poor fuel economy. Because symptoms of fuel contamination generally appear immediately after refueling, the fuel gauge needle pegged on full should always be a diagnostic red flag. Remember to ask if the vehicle has recently been refueled because some drivers just add fuel rather than topping off their tanks.
10. Lack of Maintenance
If an owner has neglected maintenance services like oil changes and filter replacements, chances are the fuel injectors will suffer. For port fuel applications, not changing the oil can result in blowby and a compromised PCV system, which builds up contaminates on the tip of the injector. Not changing the oil in an engine with direct fuel injection can result in a worn fuel pump camshaft lobe.