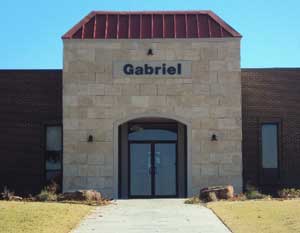 The Original Gabriel (Ride Control, LLC) recently marked the 40-year anniversary of its Chickasha, Okla., facility on November 6, 2012. The company celebrated its long, loyal and rewarding relationship with the city, its people and Oklahoma at an event held in the newly renovated manufacturing facility offices.

“We are grateful for the commitment and friendships we have cultivated over the past 40 years in Oklahoma, with our employees, community and the state,” said Lisa Bahash, president and CEO Ride Control, LLC. “Without them, Gabriel would not be where it is today.”

In attendance, were many state and local dignitaries and leaders including Oklahoma State Representative Ron Justice and City Mayor, The Honorable Hank Ross.

Sixteen employees celebrated at least 35 years with Gabriel on November 6, 2012:


“It is the loyalty and commitment of experienced, hardworking employees like these 16 for which Gabriel is most grateful,” said Lisa Bahash.

Construction began on the Chickasha buildings in May 1972. Over the years the facility has been operated by a variety of owners, but Gabriel shocks have always been a part of the plant. It was the expertise and loyalty of the employee base at the plant that Gabriel’s new management team and new corporate ownership recognized in 2009 when it determined that the facility would be a key contributor to Gabriel’s future.

Many Improvements
Since then, Gabriel has initiated a number of successful changes and improvements, benefitting the company and the local community:

• Gabriel replaced the roof with the assistance of the city of Chickasha and the Economic Development Authority;

• Machines were updated, improved and, in some cases, replaced;

• The distribution process was improved and increased;

•  The offices and public areas were renovated and remodeled;

• Gabriel has increased its employment by more than 75 percent in three years, to over 350 employees with the potential to grow even more.


Gabriel invests in employees, employees give back to community
This rapid growth required the development of supportive training programs and a strengthened corporate culture. Gabriel worked closely with the Canadian Valley Technical Center and Oklahoma Manufacturing Alliance to incorporate a number of training initiatives including Leaders by HEART by fellow Oklahoman Dr. Lew Sterrett, Measurable Management, and LEAN Implementation, among others. In addition, Gabriel developed a number of programs designed to reinforce its culture including the Gabriel ACTion hero program which recognizes employees who act with Accountability, Credibility and Tenacity.

In return, Gabriel Chickasha employees are generous with their time and talents, enthusiastically supporting the annual Relay for Life event, raising more than $7,000 annually for cancer research. Employees also participate in up to seven blood drives a year and a holiday angel tree program to help those in need.

Recent Awards
The company has received a number of awards in the past year. In September, Gabriel was one of only four in the state to receive The Oklahoma Governor’s Leadership Manufacturing Award and it earned the prestigious Extra Miler Award from the nation’s largest automotive retailer AutoZone in April.