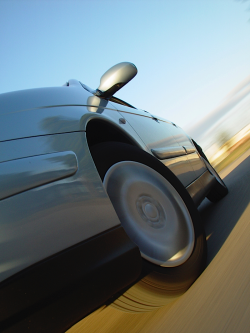 We have all been in a situation where the customer comes in with a damaged or leaking shock/strut that needs immediate attention, while the rest of the shocks/struts have more than 80,000 miles on them and are due for replacement.

Recommending replacement of all four units is the right thing to do, but after you check the labor guide and parts pricing, you start to waver because of the price. You write up an estimate for all four, but build a second estimate for just two as a fall-back in case the customer says “no.”

If the customer buys only two units, it will solve the function issue and typically solve the customer’s complaint, but this could ultimately compromise the overall performance of the vehicle. 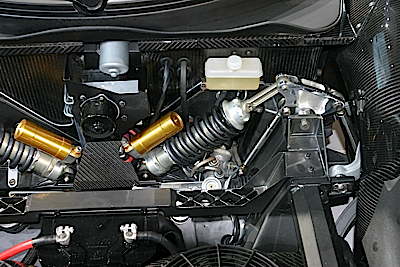 OEM engineers do the same thing with the shocks or struts of a new vehicle platform. Like the racing mechanics, they are adjusting compression and rebound. While comfort is one consideration, finding the correct spring and dampener settings is critical to pass new and more stringent government standards for handling, roll-over and collision avoidance.

When a vehicle is on the road for more than 50,000 miles, it is not a race mechanic or engineer making the adjustments, it is potholes and bumps dialing back the dampening forces — this changes the handling characteristics of a vehicle. When two shocks or struts are replaced, we are changing this carefully engineered balance even further.

The adjustments of compression and rebound help to control weight transfer on both race and road cars. Weight transfer happens during all maneuvers and for all drivers, no matter if there’s an aggressive teenage driver or senior citizen behind the wheel.

A vehicle’s weight, center of gravity, height and dimensions will influence the amount of weight transfer. The amount of weight transferred equals the vehicle’s weight multiplied by the center of gravity height, multiplied by the lateral or fore-and-aft force coefficient (expressed in g-force), all divided by the track or wheelbase dimension (expressed in inches). The wild cards in the mix are the shocks and struts. 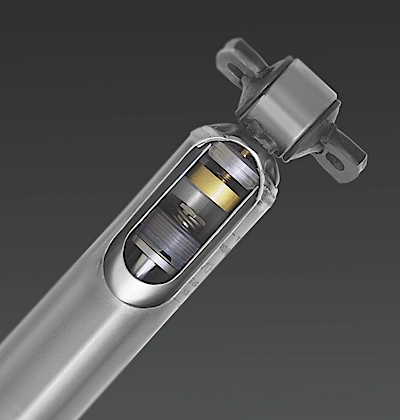 As weight transfers, it compresses or extends the springs. Without the dampeners, the spring would compress and release the energy quickly. This makes for a very unstable vehicle. The dampeners will absorb the energy of the suspension movement and turn it into heat. Too much or too little dampening force will change how weight is transferred and the shape of the contact patch of the tire.

When a racing mechanic is adjusting shock absorbers, you will hear the terms “loose” and “push” mentioned. These conditions can be influenced by the settings of the shocks and springs.

A push means that the rear wheels have more grip than the front. This causes the vehicle to go in a straight line even if the wheels are turned. A race mechanic may increase dampening force in the rear while decreasing it in the front. In theory, this means that more weight will transfer to the front and the car will have more traction.

Even though the shocks and struts are not physically connected, physics and various forces do connect them. When a shock is out of specification at one end, it will influence the weight transfer and handling at the other end or opposite corner. Both the race mechanic and engineer are trying to strike a balance between being “push” and being “loose.” They are also trying to make sure the settings are optimal for a variety of conditions and surfaces.

On the road, it is not a mechanic or engineer that adjusts the dampening forces of a shock or strut, it is wear and miles that cause the most change. This is why it is always recommended to replace all four units on the vehicle. If just two units are replaced, it could upset the balance of the vehicle.

This imbalance can be experienced if the vehicle has to do a panic stop and sudden lane change. When the weight loads the front tires, the rear spring expands, which makes the contact patch of the rear tire smaller. If the shock or strut is unable to control the rebound of the spring, additional weight is transferred to the front, which can cause the vehicle to nosedive even more.

During a panic stop, the vehicle becomes unstable if it needs to swerve to avoid something in its path. The front tires have all the traction, while the rear tires have very little. This usually results in an oversteer or understeer condition that leads to a loss of control.

The strut may look fine on the outside, and it may even have stickers and grease-pencil marks from the vehicle assembly plant, but inside is another story. Shocks and struts wear, and their performance degrades gradually and imperceptibly. After more than three years of durability testing, the Automotive Maintenance and Repair Association (AMRA) put the magic number at 50,000 miles. 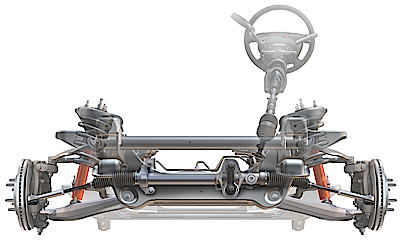 AMRA promotes a consumer outreach effort, the Motorist Assurance Program (MAP), which came to the conclusion that most ride control units degrade measurably by 50,000 miles, and replacement for improved vehicle performance may be suggested after that point.

This standard is for OEM hydraulic fluid and/or gas charged shocks and struts only, not for electronically controlled units. This replacement recommendation was determined after years of testing ­performed by four major manufacturers of shocks and struts.

The testing showed that discs and springs in the valves can suffer from metal fatigue due to the constant movement of the suspension and fluid, which can lead to wear and handling ­problems. This type of wear can’t be seen with the naked eye, but when a shock or strut is cycling and exchanging fluid between chambers, it is generating heat. This heat is produced because the unit is changing the movement of the suspension into thermal energy. The solution for managing this excess heat is nitrogen gas. Monotubes have a reservoir of gas pressure under a ﬂoating piston in the bottom of the shock; twin tube units will have a gas cell or envelope in the outside tube.

These gas chambers keep the shock oil under constant ­pressure, which reduces cavitation and foaming. If the gas leaks out of the chambers, the unit will “fade” and not perform as intended. Note that the unit will not leak externally; instead, the nitrogen will form tiny bubbles in the oil. Since nitrogen gas is compressible and is much thinner than the oil, the unit starts to fade and provides much less resistance and ride control. On a rough road, this can cause a lot of tire bounce, loss of traction and control.