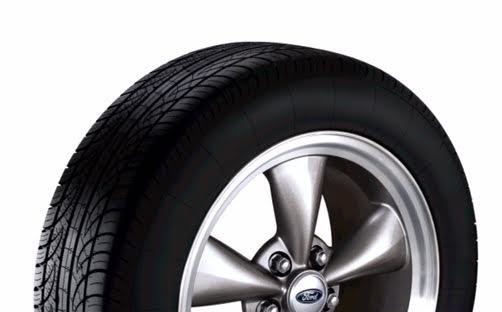 To answer the question of whether road force balancing is overkill, we should probably start by reviewing some basics. We balance tire/wheel assemblies primarily to eliminate, as much as possible, vibration. Vibration produces ride disturbances that are uncomfortable for the driver and passengers and may cause uneven tire wear.

Some vehicle vibrations are the result of normal operation; even the best engines, transmissions and drivelines naturally produce some vibration. Others are due to some type of abnormal condition such as engine or transmission problems, driveshaft and axle failures, suspension wear or failure, improper wheel alignment, brake wear or failure, wheel bearing wear, tire/wheel assembly imbalance, out-of-round tire or wheel, or the force variation of a tire.

That’s quite a list, but everything beyond the last three items is beyond the scope of our discussion, so let’s assume that we have eliminated all of the non-tire and wheel related issues.

All tires have some amount of static and dynamic imbalance. Whether it causes any problems is a function of the amount of imbalance, the wheel and tire combinations, and how the tire/wheel assemblies interact with the vehicle.

Static imbalance makes a tire/wheel assembly vibrate up and down. Dynamic imbalance causes the assembly to shimmy from side to side.

Since the introduction of the modern spin balancer, most tire/wheel assembly balancing equipment has been able to accurately diagnose and correct both dynamic and static imbalance. However, balancers can only fix balance problems. Even the most sophisticated balancers cannot eliminate vibrations from a bent wheel or an out-of-round or irregularly worn tire.

Adding balancing weights can only correct weight differences; it will not compensate for other problems. In fact, in attempting to come up with a balance solution, balancer electronics all start out with the assumption that a tire/wheel assembly is within a certain maximum deviation from round. If an assembly is too far out, the balancer will probably not even be able to make a proper weight correction.

In addition to whatever imbalance it may have, because of the construction of a pneumatic tire, all tires have some variation in sidewall stiffness. It may be best explained by thinking of tires as if they were built with a series of springs in the sidewalls. Some of these imaginary springs are stiffer than the others.

This creates a vibration, undetectable with a normal spin balancer, as the car moves along the road. Whether the variation is noticeable (and by how much) varies with the particular vehicle and its tire and wheel assemblies.

Both the stiffness of a tire’s sidewall and the lateral (side to side) and radial (variation from true round) runout of the wheel combine to determine the harmonic order. While repositioning the tire on the wheel can minimize first harmonics, second and third harmonics are more difficult to correct without wheel or tire replacement.

The radial force produced by variations in sidewall stiffness is called ‘road force variation’ and it cannot be corrected by balancing. Unfortunately, many tires have serious variations in road force that are visually undetectable.

Not surprisingly, the most uniform tires typically go to the automakers for OE fitment. How much variation is acceptable for independent tire dealers versus the discount clubs is probably something that is not discussed in public.

As part of their uniformity measurements and to help with balancing, manufacturers usually place red or yellow marks (or both) on the sidewalls of their tires. The red mark indicates the point of maximum radial force variation (the stiffest point and effective “high spot”) and should be aligned with the wheel’s point of minimum radial runout (the wheel’s “low spot”), which is generally indicated by a colored dot or a notch somewhere on the wheel.

If the point of minimum radial runout is not indicated on a wheel, the weight method of match mounting should be used instead. When performing weight match mounting, the yellow mark on the tire, indicating the point of lightest weight, should be aligned with the valve stem on the wheel, which represents the heaviest weight point of the wheel. It is the heaviest point because the valve stem assembly, especially with today’s TPMS sensors, is heavier than the weight removed by drilling the hole for the valve stem.

Car manufacturers have been using road force wheel balancers for decades because even the best tires are not perfect. It’s done at the factory on every tire/wheel assembly to create that ever so important new car ride.

So what does a road force balancer actually do? Road force balancers, in addition to performing a traditional spin balance, measure both the wheel and tire by pressing a large roller against the tread of the spinning tire. The roller applies 1,200 to 1,400 pounds of pressure to simulate the weight of the vehicle on the tire as it rolls down the road.

A computer in the machine, along with various sensors, determines variations of tire stiffness, radial runout and anything in the tire’s construction (such as inconsistencies in the belt package) that would prevent the tire from rolling smoothly when it is weighted by the car. By measuring both the wheel and tire, the road force balancer tells the technician where to move the tire around on the wheel until the effective high spot of the tire (when it is rolling on the car) matches the low spot of the wheel – a more sophisticated method of match mounting.

It’s actually more complicated than that, but for practical purposes, that is what a road force balancer does. If necessary, in extreme cases, the road force balancer can be used to run several tires across different wheels to find the best possible wheel and tire combinations.

Use of a road force balancer can provide consumers with the same level of ride comfort previously only available to OEMs. An additional benefit to the tire dealer is that many road force balancers are able to optimize the corrective balance weights, resulting in considerable (upwards of 30%) savings in the amount of weight used.

Too Much and When?

So when is road force variation balancing useful and when is it overkill? It has become more useful as aspect ratios have gotten lower.

We have changed from a market dominated by tall tires where the distance from the wheel to the tread was fairly large and relatively flexible. Today, most tires have a much lower profile. The sidewall is stiffer and the distance from the rim to the top of the tread is shorter, often much shorter. This means that minor imperfections will be amplified and more vibration transmitted into the car.

It can be argued that all drivers can benefit from road force balancing because it is always helpful to “test drive” the tires before the vehicle gets on the road. Road force balancing enables the technician to resolve potential vibrations proactively. Realistically not every customer is going to want to pay extra for it, but it is especially beneficial for drivers of high-performance vehicles with low-profile tires (45-series and lower).

It can also be a great option when a customer complains about experiencing an annoying vibration at highway speeds or a continuous shimmy in their steering wheel – especially after multiple attempts to correct the problem by tire/wheel rebalancing.

Bottom line, road force balancing is likely not for every customer. While it is overkill for many customers, it is also a very useful tool for extreme low profile tires or to resolve persistent vibration problems. For customers who want the “best,” it is a legitimate premium service, and you should charge as such. 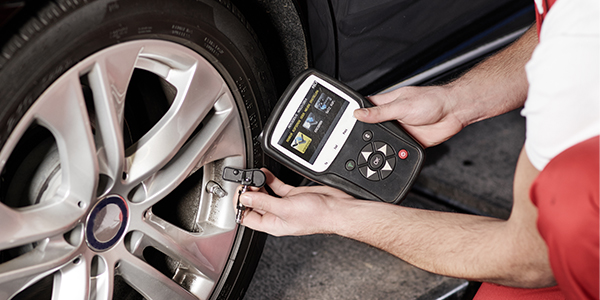 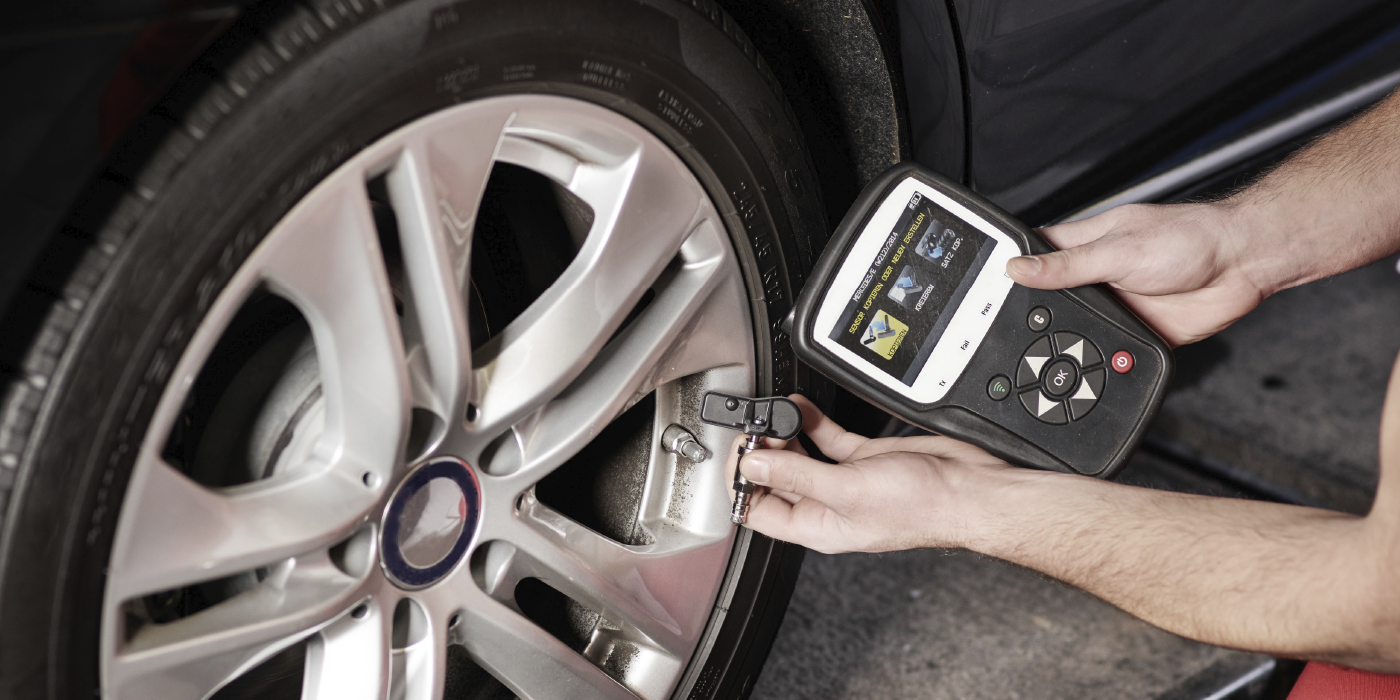