Viewpoint: How Did We Get To This Point? 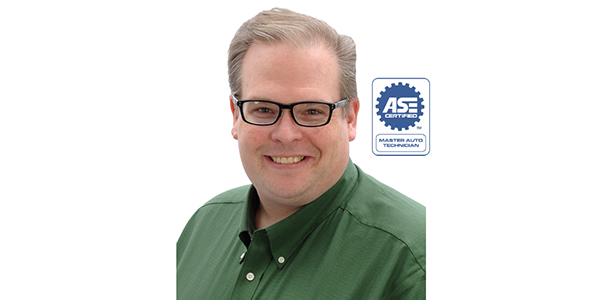 I recently spent a day at a shop sitting in the waiting room and hanging around the bays. What really amazed me was the volume of cars with check engine and other lights on in the instrument cluster and how long they have been illuminated.

One customer was there to have his battery replaced due to a slow crank. I asked the customer about his check engine light and he said, “It has been on for about four years. The parts store said it was an oxygen sensor heater – it runs fine.”

The truck in question was not registered in an Ohio county with regular emissions inspections, so repair wasn’t a priority. The cylinder bank that had the bad oxygen sensor ran rough. Also, the long-term fuel trim was full rich. But the truck drove and got the owner to work.

Most of the vehicles brought into this shop that day were there for other concerns such as pothole damage, overheating or dead batteries. Customers were forced to come into the shop because the vehicle was undrivable or needed a jump start. Engineers make sure that no matter the failure, the driver will be able to limp along instead of forcing them to have the car towed and fixed.

It’s not just problems under the hood. When the ABS light comes on, the technology deactivates and goes into a passive state. Some vehicles may also show a message in the driver information center that advises the customer that the ABS and stability control systems are not functioning and require service, but they never try to scare the drive by saying their vehicle is impaired or statistically has a higher chance of rolling over. Maybe, instead of just turning on a little light, engineers and programmers could use those large LCD screens to display a new message every time the car is started like, “Without ABS it will take you 20 additional feet to stop during an emergency.”

About the only ABS problem that will prompt some people to bring it back into a shop is false activation or a stuck valve that may cause a soft pedal or longer than regular stop.

What is scary are drivers who ignore brake pad wear sensors and other abnormal sounds. Some assume, like an engine problem, it will just correct itself on its own. Recently, an Ohio driver had a fatal accident, and it was found that three of the four wheels had no brake pads and only the fourth wheel had pads with almost zero material on the backing plate. Some technicians have a theory that the driver was stopping using the parking brake mounted in the hat of the rear rotors until he had enough money for a brake job. We will never know because he is dead along with his son he was taking to school.

Are drivers ignorant about or just apathetic to the meaning of the lights on their dash? No matter what it is, shops are on the front lines trying to educate drivers with the tools of empathy and education that if a light comes on there’s something wrong.

Are mandatory state inspections the answer? That is a topic for another column.