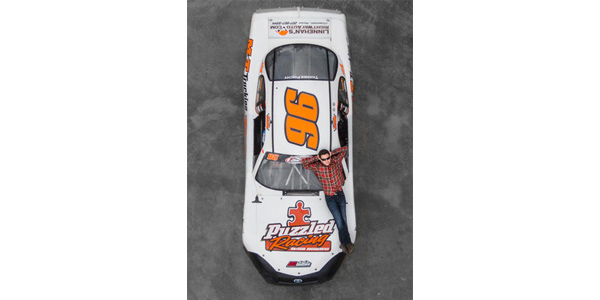 Valvoline recently announced that Wyatt Alexander of Ellsworth, Maine, as the grand-prize winner of its “Fast Track to Fame” contest, which was launched nationwide in support of grassroots racing.

Valvoline announced the program in February, inviting amateur racers of all backgrounds and experience levels to participate in an effort to celebrate the passion and pursuit of excellence that drives grassroots culture. The contest operated in two rounds, with the second round controlled exclusively by public voting. Valvoline received more than 800 driver entries and thousands of user votes were cast throughout the duration of the program.

Alexander is a third-generation mechanic and race car driver with aspirations of racing professionally. In the meantime, the 18-year-old is enrolled full-time at UNC Charlotte, studying mechanical engineering while he works part-time for two race teams.

“I’m living the dream, but I’m constantly on the go. It’s a balance of doing anything I can to be the next young gun, but also knowing that I need to focus on school,” said Alexander. “With this opportunity from Valvoline, I want to put a couple other big races on our schedule to get my name out there. It’s pretty simple: just do more racing.”

“This program was an opportunity to show our continued support for motorsports and those who live the ‘Never Idle’ mantra that Valvoline is rooted in,” said Travis Montgomery, head of sports marketing and entertainment for Valvoline. “We were looking for someone with grit, passion and drive, and there is no doubt we found those qualities and more in Wyatt.”

“We look forward to watching these young racers’ successes and will offer continued support as they continue to pursue their dreams in motorsports,” said Montgomery.

This opportunity is made possible by sponsors including Speedway Motors, One on One Brand, iRacing and TSMGI.