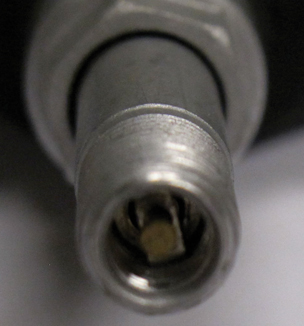 More than 68 million vehicles on the road today have direct TPMS systems. With the average age of a vehicle on the road lasting more than 10 years, a vehicle with four TPMS sensors will have all of its TPMS sensor replaced during the life of the vehicle.

This is the business opportunity of the decade and you should not let it pass you by. Most sensors will fail outside of the warranty and the ones that fail inside the warranty will not be because of defects in workmanship. Telling your customer to go somewhere else for a TPMS problem will mean one less customer.

Why Sensors Fail
The number one reason sensors fail is physical damage. Sensors operate in a harsh environment of extreme temperatures and vibration. These forces can damage transmission coils, pressure and temperature sensors.

Another reason sensors fail is due to damage during removal and installation. One false move with a bead breaker or tire iron can break the sensor at the stem. Even forgetting to use a torque wrench or calibrated screwdriver can damage the mounting stem.

Corrosion is another element that can limit a sensor’s life. The valve stems of some TPMS systems operate in salt, water and ferrous brake dust. These elements can damage a sensor over time. Galvanic corrosion can kill a sensor from the inside. If you use the wrong valve core or nut, it can cause a reaction between the two dissimilar metals. Valve nuts cannot be used twice, not only because of the seal, but the coatings on the treads. If you reuse a nut, bare metal on the stem and nut might be exposed and corrosion could destroy the stem of the sensor.

In the very near future, dead batteries will be the number one killer of TPMS sensors. One manufacturer of sensors claims the battery life of a sensor is between three and 10 years. Some manufacturers say seven years is the average life of the battery. Battery life can vary due to the vehicle, drive cycle and how long the sensors are awake. Many  2004 domestic and import vehicle with TPMS are nearing the magic seven-year mark when the batteries in the sensors start to die.

On most applications, the battery is sealed inside the TPMS sensor and cannot be replaced separately. If a battery is dead, you have to replace the sensor. It is within reason that if one sensor fails due to the battery, the others should be replaced.

Some sensors even transmit the state of the battery. This information can be accessed with some scan tools. This number will typically be a percentage. Estimating the life of the sensor can be difficult or impossible due to the various factors that influence sensor life. But, if a customer is replacing a set of tires and the battery life is below 7%, you might want to recommend replacing the sensors at the same time to save the customer the cost of an addition mounting, dismounting and reprogramming.

Sources For Sensors
The parts and tools are on the market today to replace TPMS sensors. There is no excuse to send a customer to the dealer or your competition down the street. This is a growth market with more than 270 million potential sales.

New car dealers have always been selling OES sensors to shops. But, in the past two years, some aftermarket parts manufacturers have been filling out their lines of replacement TPMS sensors. These lines have been constantly expanding to cover more applications. Never before in the history of the aftermarket have suppliers moved so quickly to establish a new product category.

Every aftermarket sensor manufacturer makes the claims they reduce inventory and cost while improving your bottom line. These claims are true. This is a very competitive marketplace and the beneficiary has been shops who are replacing sensors and buying the tools.

Manufacturers have created replacement sensors and tool with the goal of minimizing inventory at the shop and jobber level. These replacement sensors are designed to fit a large number of vehicles with just a few part numbers. In other words, they can be sourced and installed on the car very quickly.

Legalities
For some consumers, a new TPMS sensor may be a tough sell. Some will question the value of replacing a sensor to return a system to working order on an older vehicle. Some will ask if you could just turn off the light and they will remember to check their own tires. This might remind some people of the days when the check engine light appeared on vehicles.

No shop can or should disable a TPMS system if it is cost prohibitive for a customer replace a sensor. In early 2011, TIA reached out to the National Highway Traffic Safety Administration (NHTSA) regarding scenarios that tire retailers commonly face when servicing vehicles equipped with TPMS. TIA was specifically addressing the so-called "make inoperative" provisions of NHTSA’s TPMS regulations.

Title 49, U.S. Code 30122(b) of the Motor Vehicle Safety Act (MVSA) “prohibits a manufacturer, distributor, dealer or motor vehicle repair business from knowingly making inoperative any part of a device or element of design installed on or in a motor vehicle in compliance with an applicable motor vehicle safety standard.”

When this was written, the main concerns were airbags and bumper systems. TPMS is such a safety system, and, therefore, falls under these guidelines, so tire dealers and tire techs need to be aware of the recent clarification announced by NHTSA.

According to NHTSA, if the pressure sensor was inoperative before the customer presented the vehicle to the retailer, “a motor vehicle repair business would not be violating 49 USC 30122(b) by removing an inoperative or damaged TPMS sensor and replacing it with a standard snap-in rubber valve stem. However, a motor vehicle repair business that goes on to make any other element of the TPMS system inoperative, for example, by disabling the malfunction indicator lamp, would violate the ‘make inoperative’ provision.”

If a valve stem sensor is not functioning prior to servicing the tires and wheels, then the retailer cannot violate the ‘make inoperative’ provision because the system was already inoperative. This increases the importance of documenting an inoperable TPMS prior to any work being performed on the vehicle, especially now that the batteries in the sensors are starting to die.

Once the driving public learns that bringing a vehicle to a shop with dead sensors gives them an option to not replace the sensors and substitute standard snap-in valves, this may accelerate a situation whereby vehicles will have inoperative TPMS. This ultimately puts pressure back on the service provider to educate consumers as to the importance of TPMS.