TPMS Tire Service: Why, Where And When 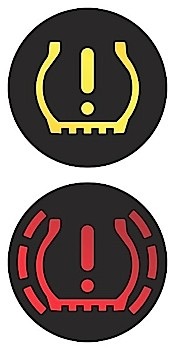 To understand any TPMS relearn procedure, you have to understand this: SENSORS ONLY TRANSMIT, THEY DO NOT RECEIVE.
No vehicle asks a sensor for information on how it is doing. I know you’re thinking a sensor does receive signals when the vehicle is in relearn mode and the technician holds a TPMS tool to the sidewall of a tire. The tool excites the transmitting antenna with either a magnet or a radio signal at a preset frequency. This is more like a “poke” or “nudge” that triggers the device. Some early sensors do not have this feature and require the technician to deflate by 10 psi in 20 seconds during the relearn procedure.
When the sensor is poked, it will transmit its sensor ID and other required information. This must be done in a pre-determined sequence so the vehicle module knows  where each sensor is positioned.
Normal Operation 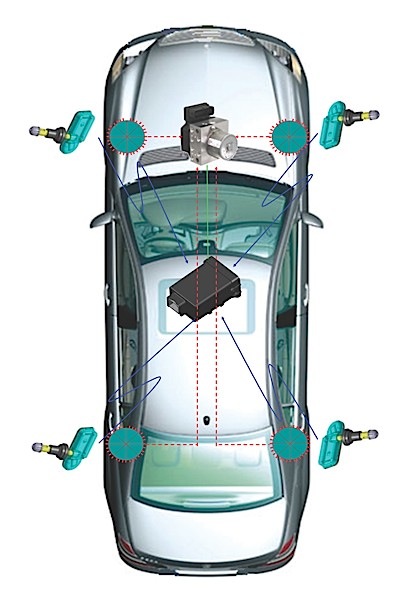 In normal operation, sensors transmit information at programed intervals when the accelerometer is activated by movement or if the pressure sensor detects sudden deflation of the tire. When it is moving, it is transmitting information in 15, 30 or 60 second intervals depending on the application.
The sensor will also stay active approximately 10-20 minutes after the car is park. Knowing the exact amount of time required for the sensor to go to sleep can be helpful for some relearn procedures. If a relearn procedure is attempted on some vehicles with the sensors active, it can make the relearn procedure impossible because the system might hear more than one sensor talking at a time.
Signal Strength 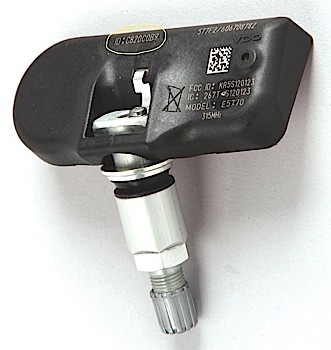 The sensor has to last at least seven years on the same battery. This means that the transmission from the sensor is relatively weak when compared to other radio signals that could be in its surroundings. But the signal only has to travel a few inches or a few yards depending on the application.
For an outside device to interfere with a TPMS signal, it must do three things. First, it must be transmitting a signal in the same bandwidth.
Second, it must be transmitting for a long enough period of time that it interferers with multiple transmissions from the sensor. Third, it must transmit a signal with the same code or protocols as the sensor. In other words, the 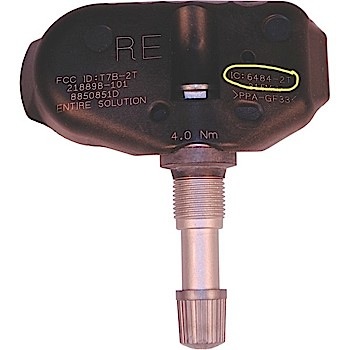 interference must occur at the right time, right place, while saying the right things.
Cell phones cannot interfere with a TPMS system. The same is true with BlueTooth devices. Their signals are not continuous and they are not in the same bandwidth.
The biggest problem for some sensors and systems is sensors from other vehicles transmitting during the relearn procedure. Some OEMs recommend that the relearn process is performed away from other vehicles and outside.
The main culprit for sensor interface during the relearn process is not a 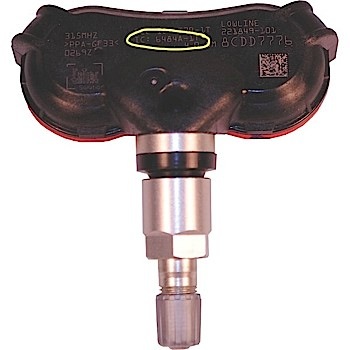 high-tech gadget, but the car itself. Sometimes a sensor can have its signal blocked by a brake caliper, control arm or other large metal object placed between the sensor and antenna. The only solution is to move the car forward a few feet to unblock the signal.
On some vehicles, the wiring harness or electronic accessory can create problems if the wires get close to the antenna. CAN Bus or other serial data wires can interfere with TPMS signals if the data wires get close to the antenna.
Saving IDs
If a tire is dismounted or the sensor is disturbed, the TPMS sensor ID# 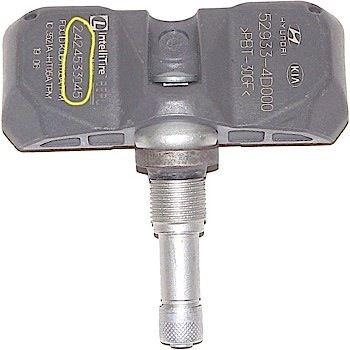 should be recorded and saved in the customer’s records. Also, some scan tools can read and store the IDs. Regardless of the method, save the IDs. In some cases, a camera can be used to capture the ID.
Why? It comes down to productivity.
First, it can save you from having to dismount a tire to check the ID number once the relearn process has started and a dead or inactive sensor has been detected. In some cases, a transmitter may not function properly and may need to be replaced. For this procedure, the system must be reset so the control module can relearn the transmitted ID of the replaced sensor. 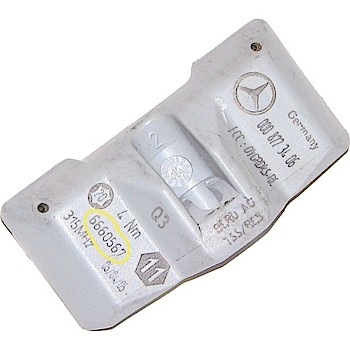 Second, depending on the type of sensor you are using, having the ID can help you code or program a new sensor.
Third, if you have a repair where the keyless entry systems or TPMS module have been replaced, having the sensor IDs and locations can help during the relearn process when writing IDs to the vehicle.
Last, it can serve as a way to check that the TPMS module has the correct IDs written onto the module.
Take Your Time
Technicians can become frustrated by new sensors stuck in storage or “super sleep” mode. Sensor makers are puttin sensors in this mode to increase their shelf life by conserving the battery. Waking up a new sensor may require a rapid deflation or driving. Check the service information or the sensor’s manufacturer information.
When a relearn process is started, vehicles want only one sensor talking at a time. Sometimes all of the sensors are active and sending out signals because the vehicle was repositioned or there is radio interference. For the sensors to go into a sleep mode, the car has to be still for a set amount of time (which varies from vehicle to vehicle). If you are having a difficult time with a relearn procedure, let the vehicle sit for 20 minutes. This should put the sensors into sleep mode, and then you can turn the sensors on one at a time so the IDs and positions can be read by the TPMS system.
Most TPMS systems are smart enough to realize that something is interfering with the signals, and will disregard a bad sample and wait for the next transmission from the sensor before turning on the light and warning the customer. By that time,  the vehicle has moved away from the interference source.