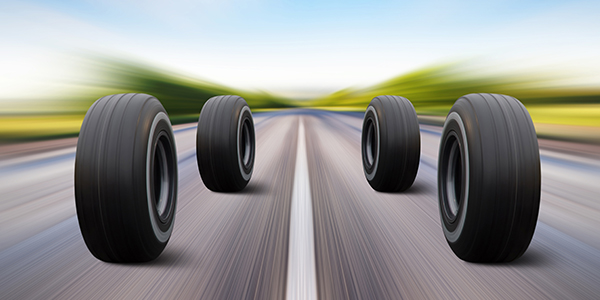 A recent study conducted by Goodyear Auto Service and Just Tires revealed that young drivers are less likely to be able to identify the tire pressure monitoring system (TPMS) warning light than the eye-roll emoji.

It’s easy to laugh at the “disconnected Millennials” for their poor understanding of modern automotive systems, but the fact is, even though the technology has been mandatory on all new cars and light trucks manufactured since 2007, a broad cross-section of the motoring public doesn’t understand the functionality of their tire pressure monitoring system.

Unfortunately, say some TPMS experts, many professionals aren’t that much more knowledgeable.

There is a perception among many drivers – as well as technicians – that TPMS has become such a universal product that one system fits all and that one service procedure will cure all ills. And, although tools have made things easier because they can handle more complex diagnostic tasks than ever before, the systems and sensors can still be complicated.

Over the past dozen years, close to 180 million light trucks and cars have been sold in the U.S. – they’ve all been equipped with TPMS. With a sensor inside each wheel, it’s clear that the service opportunities will only continue to expand. Training at the consumer and professional level will continue to be needed.

The life of a tire pressure sensor depends on the battery inside the sensor, and miles driven. The more miles that are driven, the more signals the sensors generate and the faster they use up their batteries.

There’s no sure way to tell for sure how long a battery will last – some estimates on the low end are 5-7 years while others on the high end give 8-10-year lifespans. Miles driven may be 12-15,000 miles per year, so it can be challenging to gauge accurately. Some experts say the life of a tire pressure sensor is about the same as a good set of high-quality tires with a high tread-life rating (500 or higher, which roughly translates to 75,000 miles or more depending on road conditions, type of driving and wheel alignment). Most sensors should last as long as the first set of original equipment tires, but they probably won’t last the full life of a second set of tires.

Published guidelines recommend servicing the TPMS sensors anytime a tire is removed from the wheel.

The market has pushed for a stand-alone solution or dedicated TPMS tool over the past decade because many tire-only locations haven’t typically needed an OBDII scan too. They only need something to be able to relearn the vehicle and program a sensor if they need to. So, the lion’s share of tools in use are dedicated TPMS tools that can do diagnostics, determine what’s wrong with the TPMS, and then provide the functions to replace the sensor and program the sensor IDs to the car.

Where this relearn procedure may be complicated is the number of options for replacement sensors. “It’s not just that one-to-one part replacement anymore,” says one aftermarket expert. “If you have a 2012 Chevy Impala in your shop and you think that it’s got OE sensors on it, think again – it’s seven years old, so it may or may not. A couple of the sensors may have been replaced with a couple of different aftermarket versions. And the problem is that the service kits for those sensors probably aren’t the same. But you’re a service provider. You don’t know that. You’re going to get in the job, start tearing everything apart, and then realize you might not have parts for some of the service kits.”

Many specialty TPMS suppliers offer service assortments that cover a wide variety of sensors including popular replacement sensors. Some specialty suppliers even have replenishment programs to make sure you have the service kits you need before you start a job.

Some suppliers say just a few part numbers can cover 80 to 85 percent of the market, eliminating the need to stock such a large variety of OEM SKUs. Some applications have clamp-in valve stems with a gasket and hex nut at the base, while others are snap-in with a traditional rubber valve stem. Some aftermarket sensors will fit either type of valve stem.

Some replacement sensors must be programmed to the vehicle application with a unique ID number that is associated with a specific wheel location. Many “universal” sensors also must be programmed with the proper protocol information before they will communicate and function correctly. Others come preprogrammed with multi-application software already installed and do not require any additional programming, saving installation time and reducing the chance of “installer error.”

Sensor manufacturers say they continue to conduct training sessions with tire dealers and undercar shops explaining what information the TPMS sensors are transmitting and how to understand it. Sensors are doing a better job recognizing tire speeds, pressures and tread life, and less frequent transmission cycles from the sensors mean the batteries last longer than ever.

Future technology may help to make the process even easier. Technology is reportedly being developed that will allow sensor batteries to be recharged by the motion of the wheel rotations.