The Science Behind Speed Ratings 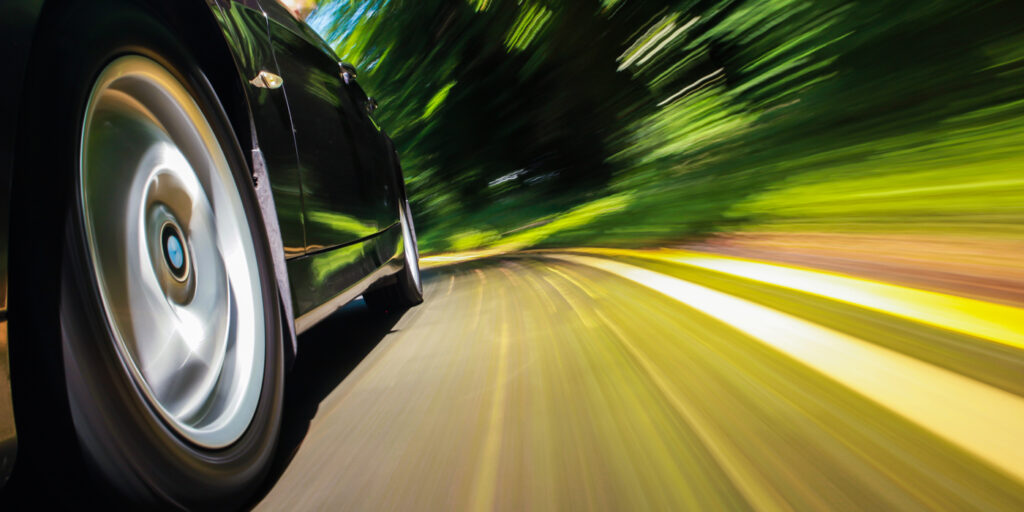 The Science Behind” series in Tire Review started with a “Tire Basics” article in 2020. In that article, we discussed a tire’s sidewall markings. We also briefly talked about tire speed symbols with a promise of going into detail at a later time, which will be the focus of this article.about:blank

So, let’s dig in. Figure 1 shows a typical tire sidewall and the information on it. Item No. 7 shows the tire’s speed symbol. The letter indicates the maximum speed that a tire can safely be driven over time. It is the fastest speed a tire can handle based on its design. The higher the speed rating, the better control and handling you’ll have at higher speeds.

The speed rating system was developed to help control the safe performance of tires at standardized speeds ranging from A to Z.

Speed lettering was first developed in the 1960s by European engineers to create a standard method of speed control and communication to consumers. When tire speed ratings were first developed, only three existed: S, H and V. As tire technology further developed and new speed classes were introduced, the ratings table expanded to include the full alphabet. It was decided to keep the letter H at speed 130 mph as an exception to manage the older tires in the market.about:blank

Why should we have limitations on speed when we buy a tire? Why can’t all the tires be designed for (Y), regardless of usage, so consumers have peace of mind about their tires’ speed capability? These questions (and others) may have popped into your mind—or your customers’—when buying tires.

It would be ideal if all tires could be designed with a (Y)-rating, but like everything else in the tire world, it’s all about tradeoffs. When engineers design a tire, they are consistently in battle with tradeoff considerations. Actually, this battle is not only fought in tire design; it also concerns any engineering component. As a more relatable example, the designers of the iPhone are fully capable of designing a phone that doesn’t need a charge for a week. It would be amazing, right? So while it’s doable, you would probably need luggage to carry around the 25-pound phone.

When it comes to the speed symbol, engineers fight with the heat generation and heat dissipation of the tire. It is a fact that higher speed creates more heat, which is the number one enemy of a tire. Heat creates separation and separation creates tire failure. Tire engineers try to design each tire to generate less heat and dissipate it as quickly and efficiently as possible. As speed increases, so does the heat generation. By designing a stiffer construction along with a compound designed for better heat dissipation, the engineer will try to control the generation of heat. But this will not be enough, so engineers will then try to decrease the material in the tire to help with quicker heat dissipation. Tread depth reduction can achieve this, but it will also decrease the wear capability of the tire. While it may be desirable to create a 215/60R16 with a Y-speed symbol for a Nissan Altima, it would be unreasonable to ask Altima owners to accept a 25,000-mile treadlife warranty.

Figure 2 shows the direction of target conflict between tire wear and the speed symbol. Wear would not be the only tradeoff. Higher-speed tire development often improves tire handling, tire steering and high-speed maneuverability but decreases wear, comfort and cold-temperature capability like snow and ice traction.

Tire manufacturers determine a tire’s capacity for heat and speed using a testing machine based on the Federal Motor Vehicle Safety Standards (FMVSS), Economic Commission for Europe (ECE) or often both. For the ECE test, a tire is properly inflated and mounted on a wheel attached to a testing machine. The tire is pressed against a metal drum with enough pressure to simulate a realistic load. Starting at a speed of 40 km/h (about 25 mph) lower than the proposed rating level, the tire is spun for 10-minute increments at higher and higher speeds, until it reaches the target speed. Lastly, the tire spins for 10 minutes at the target speed. Some tire manufacturers would like to see the tire perform without failure for one or two steps above the target speed before they qualify the tire. Other manufacturers may stop the test at the targeted speed. Tires that finish the desired stage without sign of failure are considered speed-approved. about:blank

This article is courtesy of Tire Review.

Bridgestone will use Microsoft Azure to accelerate its digital transformation and enhance its portfolio of connected tires and mobility solutions worldwide.

Beginning July 1 and available through Aug. 31, consumers who purchase four (4) qualifying light truck, SUV, or crossover tires will receive up to a $100 VISA prepaid card by mail.