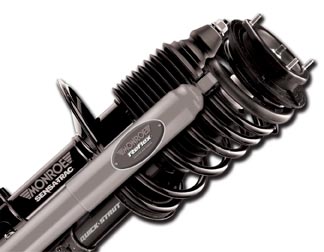 “We continue to build on Monroe’s coverage leadership by leveraging Tenneco’s global original equipment manufacturing presence,” Christiaanse said. “Because Tenneco is an OE supplier to leading automakers worldwide, we can bring new import part numbers to North America faster than some competitors.”

Monroe shocks and struts are engineered and manufactured to deliver OE-style ride and handling. Each Sensa-Trac shock or strut is custom-tuned to address the unique ride control characteristics of the corresponding passenger car model. Monroe Reflex shocks and struts bring the same application-tuned approach to import light trucks and sport utility vehicles.