Managing heat is definitely a hot job these days. The cooling systems in most late-model import passenger cars have been downsized to reduce weight and bulk. At the same time, most new cars and trucks are now factory equipped with air conditioning, which puts an added strain on the cooling system’s ability to manage heat. Consequently, cooling system failures are one of the leading causes of vehicle breakdowns on the highway, says the American Automobile Association (AAA).

Roughly a third of the heat that’s produced by combustion ends up in the cooling system. That’s a lot of BTUs that have to go somewhere. The cooling system has to retain enough heat to maintain a fairly consistent operating temperature for good fuel economy and emissions, while getting rid of the excess heat so the coolant doesn’t get too hot and boil over. It’s a balancing act that is controlled by the thermostat, cooling fan and control modules.

THERMOSTATIC CONTROL
In the days when most vehicles had a simple belt-driven mechanical fan (without a clutch), heat management was handled almost exclusively by the thermostat. The fan’s job was to pull air through the radiator, and the faster the vehicle was driven the more air the fan pulled. The job of regulating the engine’s temperature was left up to the thermostat alone.

A thermostat speeds engine warmup by remaining closed after a cold engine is first started. This traps the coolant in the block and prevents it from circulating back to the radiator. Heat then builds up, making the coolant hot enough (typically 195 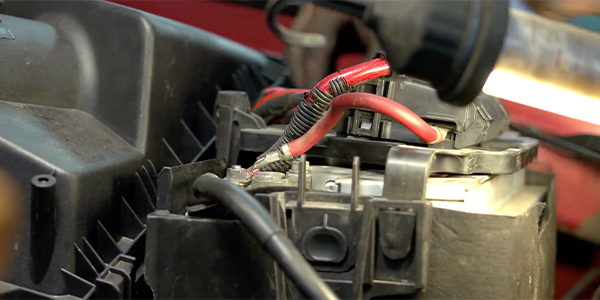