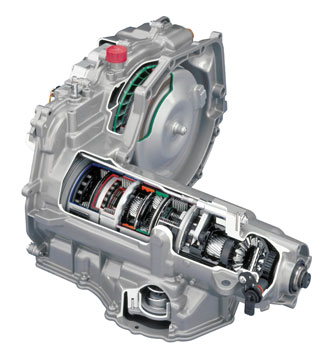 By Dennis Madden, CEO of ATRA

Did you ever wonder how automatic transmissions ­became a specialty, separate from general auto repair?

The reason is because they could be: For the first 40 years or so since automatic transmissions began rolling off the assembly line, the transmission was a completely separate entity from the rest of the vehicle.

Back then, if the transmission wasn’t shifting, you could be pretty sure you were dealing with a transmission problem. The brakes weren’t working right? Tires worn out? Starter or alternator acting up? That’s okay; they wouldn’t have any real effect on transmission operation.

That all changed with the introduction of computer control. Suddenly a hint of corrosion on a battery terminal could create just as many transmission problems as a warped valve body or leaking clutch seal.

And, just as suddenly, transmission repair lost its independence from the rest of the vehicle. Transmission technicians had to become acquainted with engine performance, computer controls, electrical diagnosis…and more.

So why did they do it? Why did manufacturers include transmission operation in their computer control systems? Let’s face it: Computer integration added hundreds — if not thousands — of dollars to the cost of today’s cars. Why do it, unless there was a specific benefit for the manufacturers?

The Benefits of Computer Control
Back in the late ’70s and early ’80s, auto manufacturers were faced with a new mandate: They had to improve gas mileage while reducing emissions.

They began to address these challenges by using computers to control engine operation, through more intricate electronic ignition and fuel injection. These systems included closed loop feedback to alter engine performance under every type of load and condition.

But, it wasn’t enough. Engine control could only improve vehicle performance so much. They needed more…much more.
To make the next giant leap in performance, they needed to wring more efficiency out of the drivetrain. This included lockup torque converters and overdrive gear ratios.

They tried using mechanical controls for those enhancements. It worked, but vacuum diaphragms and throttle linkages weren’t responsive enough to maintain the transmissions’ integrity. They often failed, and failed spectacularly.
So to provide the level of control necessary for these newer, more efficient transmissions, manufacturers turned to computer controls. These new computer control systems were able to adjust to momentary fluctuations in load, speed and driver demand.

Thanks to these computer systems, we’re now seeing lockup converters eliminating drivetrain slip as early as second gear. Overdrive gear ranges are part of the norm, with units showing up with up to seven forward drive ranges. Even the Constantly Variable Transmissions (CVT) are finally able to withstand the demands of normal driving conditions.

The new control systems enabled today’s cars to offer higher gas mileage and lower emissions. And, they do so without sacrificing performance: Today’s transmissions shift faster and smoother, while providing an acceleration boost at the slightest touch of the throttle.

What’s more, the rapid response provided by these computer controls — such as the transmission control module (TCM) — has improved transmission durability. With a little care and some basic maintenance, many cars can go over a quarter million miles without needing a major transmission repair.

Did You Know…
Under certain conditions, which may include the loss of one or more vital inputs to the TCM, the transmission will go into some kind of limp-in or “default” mode. When a serious fault is diagnosed (such as loss of an internal speed sensor signal) or a problem ­occurs in the wiring circuit to any of the shift solenoids, the TCM will kill the power to the transmission control relay and de-energize all of the shift solenoids.
This usually causes the transmission to freeze in second or third gear. The transmission will remain in limp-in mode until (1) the problem is diagnosed and repaired, or (2) power to the TCM is momentarily turned off to “reset” the computer. This may restore normal operation temporarily, but as soon as the TCM detects the fault again, it will go back into limp-in mode.

A New Transmission Technician
Of course, any technological advance places additional demands on the technicians who repair them. Yesterday’s transmission rebuilder has had to adapt to this new level of integration, forcing him to consider much more than just the transmission when presented with a shifting problem.

Where yesterday’s top rebuilders could deal with most diagnoses using a vacuum and pressure gauge, and maybe a test light, today’s technicians need to be comfortable with a scan tool, a digital multimeter and even a digital oscilloscope.

And, as most transmission technicians will acknowledge, more than half of the cars with “transmission” problems that show up today have absolutely nothing wrong with the transmissions themselves. The problems are caused by any number of sensors or systems within the vehicle that can affect the operation of the engine, brakes, steering, suspension…and the transmission.

These changes have virtually redefined the transmission repair industry from how we knew it just a few years ago. But the tradeoffs in performance and ­efficiency are well worth the extra effort.

Multiple Vehicle Systems Can Affect Transmission Operation
OBD II, which stands for Onboard Diagnostics, second generation, is a diagnostic standard that was mandated in 1996 for all cars sold in the United States. It was designed to reduce confusion by instilling a level of uniformity to today’s cars: standard diagnostic connectors, standard communication protocols, standard naming conventions, standard diagnostic codes, and so on.

All of which was designed to make it easier to diagnose today’s cars. With OBD II systems, you can use a common scan tool for diagnosis, and when you order parts, the component names should be the same across vehicle lines.

One of the standards is code arrangement. OBD II codes all have five digits. The first digit is always a letter, which designates the system the code relates to, such as “B” for body control and “P” for powertrain.

So a P0734 means a fourth gear ratio error, regardless of which car it came from, because the second digit is a zero, which represents a generic code.

But manufacturers try to stick with the generic codes whenever possible, or just create slight variations to some specifics for its codes. So a generic code list can come in handy if you can’t get your hands on the manufacturer’s code list.

There are a number of codes related directly to the transmission. These codes identify shift solenoid
problems or gear ratio errors. They’re pretty obvious to identify.

But many transmission-related problems arise from issues that might seem to have nothing to do with the transmission at first glance. For example, not only will a failed knock sensor cause problems with engine performance, but a lot of computer systems disable overdrive after detecting a knock sensor problem.

Don’t disregard those simple sensors when you have a transmission problem. Ratio errors, such as the P0734 mentioned earlier, can occur because of an alternator failure. Excessive AC interference from a bad alternator can travel through the electrical system and cause the computer to misread vehicle speed and RPM sensor signals.

Fault codes can be confusing at first, but they’re actually pretty simple when you break them down. Keeping the electrical system in good working order can head off a lot of aggravation too.

Remember to keep a generic code list handy. They’re not always as detailed as the manufacturer-specific codes, but most of the time they’ll get you headed in the right direction.

Dennis Madden is the CEO of the Automatic Transmission Rebuilders Association (ATRA), the largest association of independent transmission repair shops in the world. For more ­information, visit them online at www.atra.com.