Raw power has a stamp of its own as seven-time NASCAR National Champion Richard Petty recently helped dedicate the “America on the Move: Muscle Cars” Forever stamps. 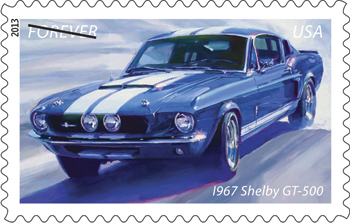 Raw power has a stamp of its own as seven-time NASCAR National Champion Richard Petty recently helped dedicate the “America on the Move: Muscle Cars” ­Forever stamps.

Petty, his son Kyle and Postmaster General Patrick Donahoe, together dedicated the limited-edition stamps at the Daytona International Speedway where “The King” won a record seven Daytona 500 Championships. 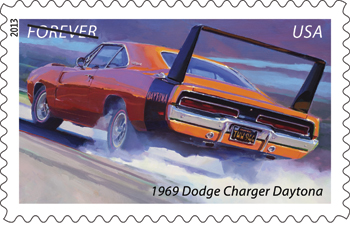 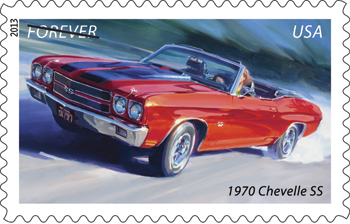 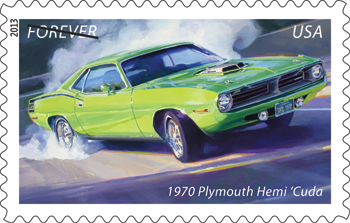 “The Muscle Cars stamps celebrate an exciting era in American automotive history,” said Richard Petty. “These examples of raw power bring back fond memories for me and my family, a testament to how aerodynamics transformed racing.”

“The muscle cars gave everyday Americans the opportunity to experience the rush of driving a fast, powerful car,” said Donahoe. “Just looking at the stamps evokes a feeling of speed. As Forever stamps, they’ll always be good for mailing a First-Class letter anytime in the future. And when you think about it, that’s fitting. Because these stamps — just like the great cars they represent — are timeless.”

The Muscle Cars Forever stamps are the third issuance in the “America on the Move” stamp series. Other issuances in the series, ’50s Sporty Cars (2005), followed by ’50s Fins and Chrome (2008), were the work of artist Art Fitzpatrick of Carlsbad, CA.

The muscle car artwork was ­created by Tom Fritz (http://fritzart.com) of Newbury Park, CA. “I spent much time with my father in the garage when he was working on the old woody wagon or the ’56 Chevy. I loved the tools — the way they felt in the hand and the music they made when they were dropped,” said Fritz. “So it was natural that I started to explore the automobile as a source of expression in my art.”

Read more about the cars depicted in the series and the artist at ­http://bit.ly/1412zEb.

Stamp Of Approval: Muscle Car Power Depicted In 'America On The Move' Series