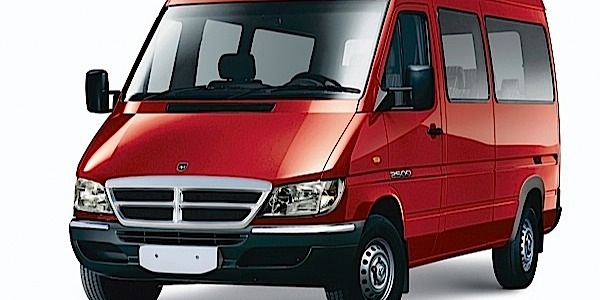 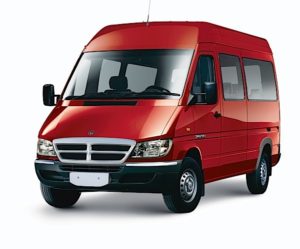 The Dodge/Mercedes-Benz/Freightliner Sprinter is not a huge seller when compared to other fleet vehicles. But, it has gained a solid following because of its huge internal cargo capacity and fuel-efficient engines. The brakes are very conventional, but require special attention for the ABS and pad sensors.

Always check to see that the ABS and stability control systems are functioning. Most Sprinters have ABS and some level of traction control standard, while some are equipped with optional stability and roll-over mitigation systems. Not repairing the systems properly can put the driver in jeopardy due to the vehicle’s high center of gravity. If the ABS light is on, ask for diagnostic time to resolve the problem. 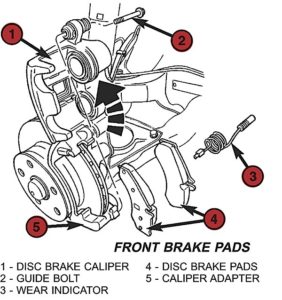 The system uses dynamic brake proportioning and an ABS hydraulic control unit to change brake pressures in both the front and rear. This system eliminates the need for proportioning or load-sensing valves. If the system is not working, it will cause the system to go into a default mode where the values are fixed. This usually results in front brake wear.

In TSB 08-028-06 for first-generation Sprinters, Chrysler states that a burned out or incorrect type brake light bulb could result in unrelated DTCs in the ECM or ABS/ESP control module. Also, corrosion in the trailer tow connector, as well as on the taillight circuit board, may cause similar erroneous and/or unrelated DTCs.

When confronted with unexplained DTCs that affect various modules, a technician should perform some preliminary checks to diagnose the condition. Check all brake light bulbs and verify that they are of the correct type (P21/5W – 12V 21/5W). The brake and park light are part of the same bulb. An incorrect bulb may bridge these two circuits. Ensure that there are no broken filaments and that the sockets are free of any corrosion. Verify there are no bent connectors or conductors. 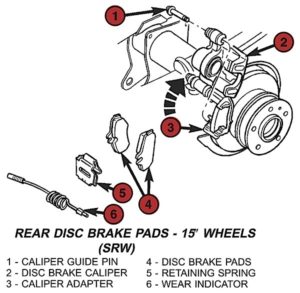 The Sprinter has wear sensors on the in-board pad. The sensors must be replaced if the light is on. Always apply a thin layer of dielectric grease to the connector to prevent wiring harness problems. If the circuit shorts out, the wear sensor light will not work and the driver could wear down the pad to the backing plate.

The Sprinter requires DOT 4 brake fluid, and Chrysler specifies it should be changed every two years regardless of mileage. If you are using a power bleeding technique, do not exceed 20 psi.

The front rotor specifications are the same for the SRW and DRW. On DRW models, adapter flange has to be removed to service the rotors. The flange bolts have a torque specification of 133 ft/lbs for first-generation and 144 ft/lbs for second-generation Sprinters.

While the Sprinter is a large vehicle, the specs for runout are closer to that of a small car. In the front, the lateral runout specification is .002”. In the rear, the specification .0007”. This is to be expected with a vehicle with four floating calipers.

For the second-generation Sprinter, the lateral runout specification was reduced down to .0011” for the front and rear.

In the rear, the DRW has thicker rotors when compared to the SRW. But the service procedures are the same. 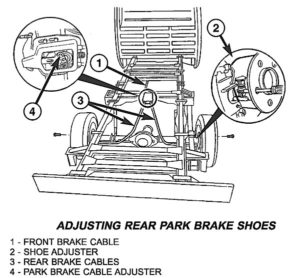 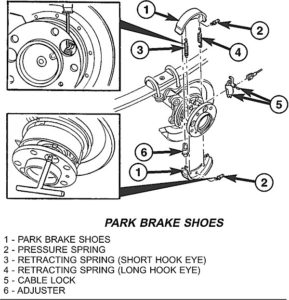 For second-generation vehicles, there are two specifications for M10 and M8 guide pin bolts. M10 bolts should be tightened to 24 ft/lbs. M8 bolts need to be tightened to 48 ft/lbs. The caliper brackets use torque-to-yield bolts. Tighten the bolts to 59 ft/lbs and turn 40 degrees.