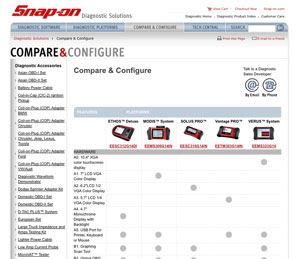 The Snap-on Tools NO COMPROMISE TOUR will kickoff in the Seattle-Tacoma area on Thursday, September 25 in Marysville, WA followed by stops in Tacoma (September 27), Seattle (September 30) and Vancouver, WA (October 2) before continuing on its west coast swing.

“The NO COMPROMISE TOUR is designed to give ‘Snap-on Nation’ an interactive opportunity to see firsthand the newest and most exciting products Snap-on has to offer,” said Alicia Smales, vice president of marketing for Snap-on Tools. “We wanted to create an informative, but fun, traveling tour that would appeal to everyone and I know we have accomplished that with the NO COMPROMISE TOUR.”

The Snap-on Tools NO COMPROMISE TOUR is open to the public and provides visitors with the opportunity to speak with Snap-on officials about how Snap-on tools can help them get the job done faster and easier. This unique expo includes interactive tool demos, displays and Snap-on’s one-of-a-kind show car, the Glo-mad ’57 Chevy. Don’t miss a chance to see the best of Snap-on.