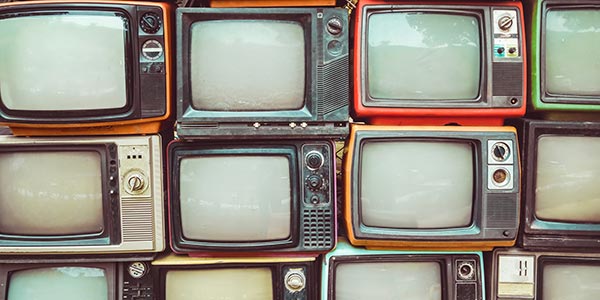 “Have you seen this before?” That’s the typical question asked by skeptical customers the world over. How do you answer that? A “yes” answer can lead you down a rabbit hole you don’t want to travel, while a “no” answer can present its own set of problems.

“Have you seen this before?” That’s the typical question asked by skeptical customers the world over. How do you answer that? A “yes” answer can lead you down a rabbit hole you don’t want to travel, while a “no” answer can present its own set of problems.

This question is usually asked by a skeptical customer trying to pinpoint a problem on their vehicle. After telling their story of what the last shop did or what Uncle Bob tinkered with, sooner or later, the proverbial question pops up, “Have you ever seen this before?”

They’re expecting some grandiose reply that either shows a spark of intelligence, or in some cases, a sort of clairvoyant diagnostic wizardry. All these people want to do is test for a solution and have you guess at a repair without digging in and doing the work. Just for the sake of argument, let’s say I’ve answered the “have you seen this before” question with a “yes.” A yes answer is always followed up with, “So, what do you think it is?”

Inevitably, if I throw out a probable cause, it’s almost always countered with, “Uncle Bob tried that already,” which only leads to a second attempt on my part to come up with a new and spectacular hypothetical answer to their hypothetical problem. If my answer turns into another question such as, “What did Uncle Bob do to the car?” I always find myself back at square one.

However, if this initial question from the customer is met with, “Nope, never seen that before,” it sends a message of incompetence and a lack of knowledge regarding their problem.

I think this quandary goes back to my dad and the TV set. In my younger years, every TV had tubes. Yes, I know, I’m dating myself. Anyway, if the TV set would go on the fritz, you didn’t call a repairman, well at least not my dad. He would pull all the tubes out and take them down to the TV shop and test them. He wasn’t a TV repairman by any means, but if he thought the problem was a bad tube, he knew he could test them for free at the TV shop. You see, most TV sales and service stores had a free tube tester on the showroom floor. Simply by sticking the tube in the appropriate socket and pushing a button, you could find out if the tube was good or bad. Of course, while he was there he’d work the service guy over with a series of questions trying to get the guy to tell him what he “thought” the problem might be.

The same principle of removing a component and bench testing it was common for years in the automotive world. Things like starters, alternators and ignition modules — and even the early ECMs, for example — could be tested by taking the component to the local parts store and testing it free of charge. While you were there getting the part tested, you could play a round of Jeopardy with the parts guy, who in most cases, had a pretty good working knowledge of the cars of that era.

Problems were somewhat predictable, and for the most part, common from car to car. As you’ll recall, there weren’t as many variations between electronic circuits or mechanical systems throughout the ‘60s and ‘70s, but as the years have progressed, so has the modern car. Guessing or playing Jeopardy with the mechanic as to what might be wrong with a particular system today doesn’t work like it did back then.

Cars are so different than they were back then, but people, well, they haven’t changed much. Technology has evidently changed a whole lot faster than the average person’s conception as to what is involved in repairing the modern car. Those cheap shade-tree-type shops that still rely on parts-swapping guesswork to make repairs will probably be a thing of the past as the interconnection between manufacturers and the independent shops grows closer and closer. Perhaps then and only then will the era of free guesswork be a thing of the past.

Additionally, the trend these days is for the manufacturer to hold a tighter grip on their products. This is going to lead to a compromise between the professional independent shops and the manufacturers in the realm of certifications, component purchasing and diagnostic information.

Maybe as this new age of vehicle repair progresses, when somebody asks, “Have you seen this before?” the professional answer can be, “I can test the system and then find out the results. At that point I can say whether or not I’ve seen it before. That will be $XX.XX to perform that diagnostic procedure.”

The days of the free TV tube check followed by drilling the service guy for answers is hopefully becoming a thing of the past. Until then, I’ve resolved myself to answer that dreaded question like this, “Yes, I’ve seen that before, but what your problem is exactly, I won’t know until it’s tested.”

Advertisement
In this article:Inspection, opinion

Have You Seen This Before? A Tech's Guide For Dealing With Skeptical Customers