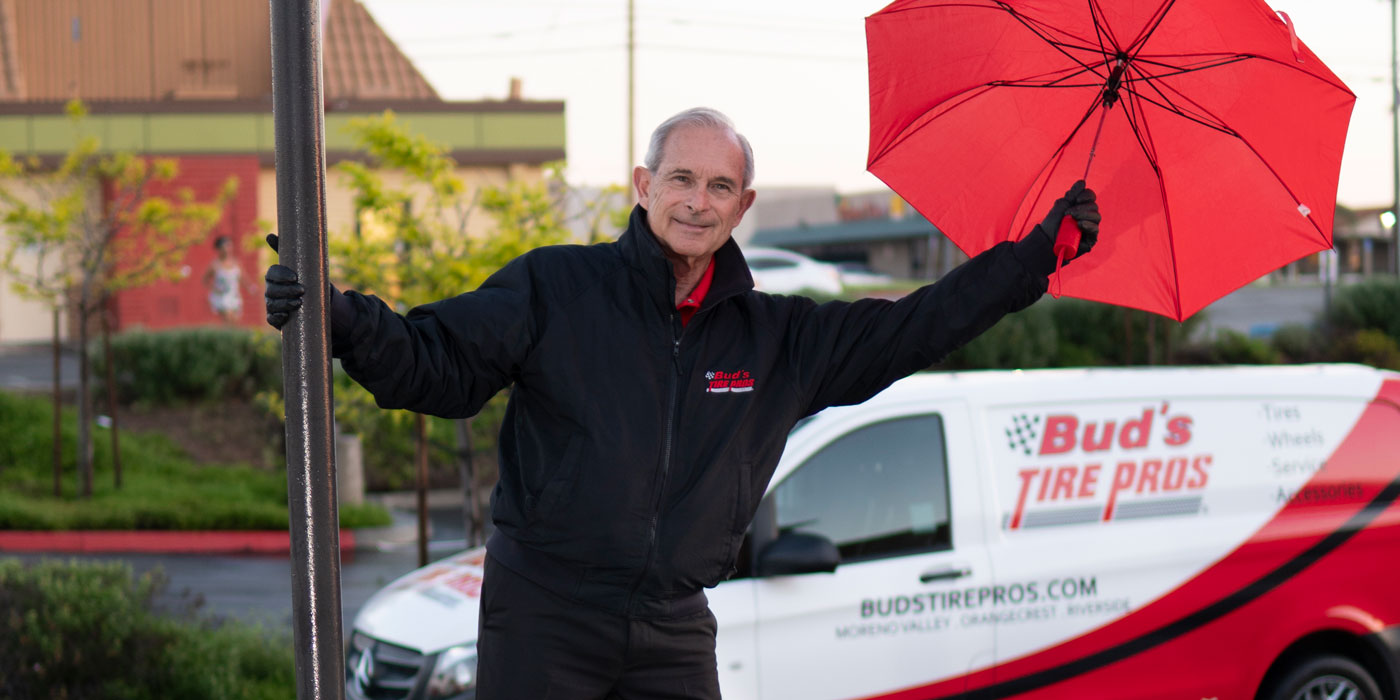 As consumer spending recovers, what type of rebound in delayed vehicle maintenance services will dealerships see?

While the road to reopening America in the era of coronavirus has been unpredictable, concerns about how long it will take to get the economy moving in the right direction hinge heavily on consumer confidence and spending.

Even while our industry is considered essential, moving the needle on vehicle maintenance has not been an easy task, with many consumers deeming most repairs and services non-essential during this time.

In our industry’s favor are lower gas prices, the upcoming summer driving season and consumers’ recent aversion to flying—all of which bode well to help boost the need for necessary vehicle repairs and increase miles driven, which have been stifled the past two months as most of the world took precautions to mitigate the effects of COVID-19.

Dealerships that are innovating to meet the new demands of doing business during the coronavirus outbreak are the ones who will come out on top. Finding new ways to address new habits and changing customer buying behaviors, and managing those expectations, will be the key elements of success as they stay top of mind with customers.

As state governors relax restrictions and give the green light for non-essential businesses to open up, the hope is it will set the economic recovery wheels in motion and give all businesses a much-needed boost. But, how much pent up demand will exist for tire replacement and automotive repairs?

“I don’t think anybody has any idea when the selling season is going to start,” says Bud Luppino, owner of Bud’s Tire Pros with three locations in southern California. “This morning [April 24], we opened at eight o’clock, and we had six people standing in line. It’s very dynamic, and it changes almost every day. We don’t know what we’re up against. We just open the doors and deal with it.”

Luppino adds that he thinks traffic in his area is down 90%. “There’s one big intersection that I go through first thing in the morning on my way to one of my stores. Generally, there are maybe 200 cars at the intersection, and if there’s six there now, it might be a lot.” Combined, his three locations are down about 16%. So, for now, he is bridging the service gap by targeting first responders. “We have a promotion we’ve done on social media for first responders—nurses, doctors, firemen and police officers. They get a special discount—10% off on all parts and 20% off on labor. If they buy four tires, they get another $40 off the installation,” he explains.

Martin Michel, vice president of retail sales at Chabill’s Tire & Auto Service with 18 locations in Louisiana, is also feeling the pinch of the coronavirus on the dealership’s business to the tune of about 25-30% down across the board. “Units are down, services are down, but it hasn’t changed the heartbeat of the business,” he says. “We’re just trying to help people and be who we are. We believe in being helpful, considerate and taking care of folks who are in need of anything …. Chabill’s keeps you rolling. That’s our slogan. So, we do that and let the rest take care of itself. The profitability follows that mentality.”

Dan Ronda of Ronda Auto Centers, with locations in Grand Rapids and Lowell, Michigan, says that most dealers in his area have reduced both store hours and staff, and some are reporting a decline in sales of 50% or more. Ronda notes that both his stores are down only 10-15%.

However, Ronda points to a silver lining regarding stay-at-home orders. He says that with extra time on their hands, several customers are bringing their cars in to have the snow tires swapped out to their summer tires. “We’re also picking up some maintenance schedule work because they can drop their vehicle off and leave it for a couple of days.”

As consumer spending recovers, what type of rebound in delayed vehicle maintenance services will dealerships see?

For Luppino, there is a seasonal maintenance play based on the weather, where his approach in radio advertising is very targeted. For example, looking ahead to a weather forecast and finding out it’s going to rain for a few days during a particular week, he tailors his advertising accordingly. Two days ahead of the rain, Luppino says a typical message would be “buy four tires, get a free set of windshield wipers,” along with details of various rebates on tire purchases. Timing is everything, he says, because a day or two into the rain, “people were slipping and sliding and had to buy tires.” Similarly, knowing it is going to be 100 degrees on a given day, he puts out an email blast promoting A/C system checks for $19.95.

Michel is hopeful he’ll see a boost in oil changes, mileage-based services and tire checks and replacements, as other businesses start to reopen and consumers begin driving more regularly. As people try to get back to a normal life, “the car maintenance follows because all the house maintenance is done, right?” he says with a smile. “So, I would suspect that we’ll get a bit of an uptick. I’m just not so sure how much. I thought that the downside would be further down than it is. So, anything is going to be good.”

“Every car that comes into our store gets a 28-point safety check, even if it’s there for a flat repair,” explains Luppino. “We check the tire pressure and, even when we’re not doing an oil change, we top off all the fluids to give them just a little comfort and understanding that ‘You’re okay for now.’”

Ronda adds that replacing and rotating his customers’ tires provides the opportunity to inspect the undercar area to spot issues with brakes and suspension components. Most of his customers have been working at home, and with stimulus check money in hand, he says they are willing to authorize needed repairs. He’s anticipating an uptick in service and tire work when Michigan’s governor relaxes stay-at-home orders.

Follow-up is key in turning those inspections into service appointments, says Luppino, whose CRM system sends automatic reminders to customers with service recommendations that go out 31 days after the customer’s last appointment. If they schedule an appointment, Luppino said they get additional reminders leading up to the appointment, even two hours prior to it, to ensure they don’t forget to show up.

During this time of uncertainty, Michel says that the dealership’s 18 locations have also stepped up the amount of communication with customers. “We’ve begun calling every single customer to make sure that their experience was good. All of it falls right back down to ‘how did we make them feel.’ Nothing else really matters. The dollars follow that, referrals follow that.”

The overarching theme of Luppino’s merchandising and marketing—“We’re essential, we’re open and we’re local”—can be seen on the dealership’s website, as well as in its social media pushes. A heavy user of radio advertising, Luppino believes in the frequency and consistency of his messaging for optimal results. Sometimes, it’s an ad on a talk radio station promoting an offer of 50% off any alignment if a customer mentions the ad. “One thing we haven’t done is decrease our advertising budget; we are probably spending more now than we have at any one time,” he says, noting that it’s not uncommon for him to run 200 or 300 radio ads per month.

Michel focuses on putting customers at ease and staying top of mind with them. “We’re noticing that people are obviously very apprehensive. That kind of changes the way that you do things,” says Michel. “We’ve never been a ‘hard-core, throw it at you and really sell hard’ kind of company. It’s really about being considerate of everybody, employees as well. Everyone’s just walking on pins and needles as you know. Everything right now is geared toward pickup, delivery, disinfecting, social spacing. We’re open and here for you.”

Ronda is focusing on boosting customer convenience and safety—especially as it relates to vehicle drop-off and pickup. His shop has a night-time drop box and a separate pick-up box that uses a digital code for someone to be able to get their keys out. “We can lock up the car and they can punch in their code and get their keys out, which has been really helpful,” he says.

When a customer comes into Chabill’s Tire & Auto Service with a vehicle maintenance issue, the first step is explaining the inspection/repair process that’s going to take place, says Michel. “We’re going to change their oil, rotate their tires and, while we’re doing that, we’re going to look at all the fluids and the maintenance schedule. We’re going to air-up the tires, check all the bulbs and wipers and if we see something, we’ll certainly let them know. It all comes down to how you make customers feel. I’m very, very confident that we’re going to make them feel better than anybody else down the street.”

Ronda says “a picture is worth a thousand words,” so when he can show actual damage or what they need to replace, it resonates with customers. “We have a couple of displays here for cabin air filters that show before and after, and when you show them theirs, they’ll look to replace it because everybody’s looking at the air they’re breathing right now.”

“We follow up via an email program on ‘declined packages,’” Michel notes, that educates customers about the importance of the necessary recommended services and includes 10% off the next service as an incentive.

Luppino makes a safety play in the videos that are earmarked for his dealerships’ various social media channels and has a little fun in the process. He gave the example of a new video he is going to be shooting. “It’s going to be me with a car air filter on my face and I’m going to say, ‘Oh, excuse me, wrong mask. This is an air filter for your car….to protect your engine. Now see this, this is a cabin air filter, and this protects you while you’re in your car. Many cars have these. If you think you have one or don’t know, come in and we’ll check it for you for free.’”

Taking the time to educate your customers on the value of preventive maintenance can pay big dividends for them as it relates to vehicle performance, safety and longevity. And, in these uncertain times, every effort you make to provide value and confidence can help move the needle on your dealership’s automotive maintenance services and tire replacements.

Thinking outside of the traditional advertising box, Bud Luppino says he has dedicated some of his ad budget to geofencing*, a location-based service that targets places like grocery stores and big food suppliers like Sysco Foods and McLane Foods that are within a certain radius of his stores. “Sysco has 700 employees, and they’re just a block away from here. So, we geofence their building, as well as McLane Foods that sells foods to fast-food chains,” he explains. “We [also] did Amazon’s warehouse and the UPS delivery warehouse. They have around 2,000 employees, and the minute they hit their driveways to go to work, we’ve got them. We also did Costco, Sam’s Club and all the Walmart stores.”

*Geofencing is like putting a virtual perimeter around a specific location. When a mobile device or RFID tag enters this invisible border, a pre-programmed action, like loading a specific advertisement on that device’s web browser, is triggered.

Advertisement
In this article:Coronavirus, Vehicle Maintenance

Opinion: Looking For The Positive Side Of The COVID-19 Crisis

Opinion: Are You Trying To Be ‘Competitive’ Or Responsible?

Want To Be A Shop Owner?

Be Sure To Say Thanks To Your Employees