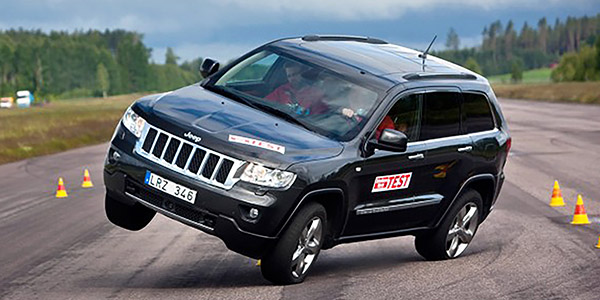 For all 2012 model year vehicles and newer, stability control is mandatory.

Before implementation, the National Highway and Traffic Safety Association (NHTSA) estimated that 10,000 fatal crashes could be prevented if stability control was standard equipment. The simple fact is that they forgot to take into account the lives that could be saved if people properly serviced the vehicles and replaced their shocks and strut when they become worn.

Stability control only works when a situation arises where the vehicle is becoming unstable. Ride control and the suspension works 100% of the time. If it is not working properly, the stability control system’s effectiveness is reduced.

Measurements
Stability control systems depend on sensors that measure inputs that the ride control components have a direct influence on all the tire of the tires. But, three sensors on a stability control system can sense the condition of the shocks or struts on a vehicle. These include yaw, pitch and steering angle sensors.

Yaw and accelerometers are mounted near the center of gravity of the vehicle with stability control. They measure what the body of the vehicle is doing. They can sense body lean, rotation and cornering forces.

Wheel speed sensors measure wheel speed, but they are actually monitoring how the tire is interacting with the pavement and if the contact patch is working.

More complicated vehicles will use wheel displacement sensors (high-speed ride height sensors) to measure the attitude of the body in relationship to the road. Further information from accelerometers mounted at the ends of body or on the suspension can give indications if the effectiveness of the valving of the dampeners. Some systems can even adjust the valving to control rebound and compression.

These sensors are essentially blind to the condition to the state of the ride control and suspension. The software and sensors can’t diagnose a strut that has lost its gas charge or if a spring is weak. It just sees the results in data coming from the sensors. To the algorithms in the software, it could be a patch of ice or an over-loaded car. But the reality is that it could be a worn out strut and a spring with a missing coil. 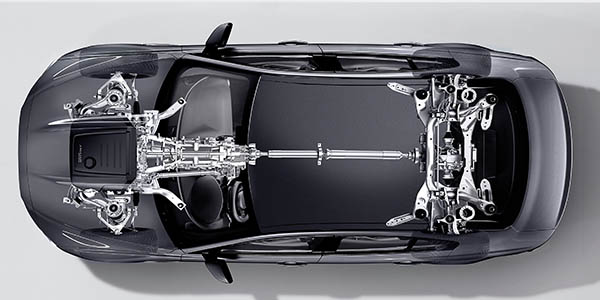 The Correction
The stability control system measures the effectiveness of a correction made. How effective the correction depends on the condition of the contact patch of the tires. What influences the health of this contact patch is the tire’s condition (construction, traction and even inflation) and the state of the chassis components.

The computer does not assign a value to the condition of the contact patch and there are no parameters (PIDs) in the programming for most systems. The corrections and the effects are measured by the sensors in a high-speed feedback loop.

A stability-control system won’t set a malfunction light if the condition of the contact patch crosses a set threshold. But, as the condition of the chassis and tires diminish, the corrections become less effective and more actions will be needed to bring a vehicle under control.
Basically, if the suspension is not up to snuff the correction by the system will take longer. This results in longer stopping distances or in some cases the vehicle ending up on its roof.

Ride Control
As a shock or struts degrades, it loses its ability to control the yaw and pitch of a vehicle. As the vehicle pitches and yaws, the contact patch of the tire changes along with loads on the tire.

For example, the most basic stability and ABS correction is a panic stop in a straight line. When the driver mashes the brake pedal, weight transfers to the front tires, loads the front suspension and causes the springs to compress. How much the springs compress is influenced directly by the condition of the shocks or struts. When the springs compress, the contact patch of the tires changes due to the weight and geometry of the suspension.

The rear suspension is even more interesting. When the weight loads the front tires, the rear spring expands, which makes the contact patch of the rear tire smaller. If the shock or strut is unable to control the rebound of the spring, additional weight is transferred to the front, which nosedives even more.

The vehicle becomes unstable if it then needs to swerve to avoid something in its path. The front tires have all the traction while the rear tires have very little. This usually results in an oversteer or understeer condition that leads to a loss of control.

But isn’t the stability control system supposed to control this? Electronic stability control systems use the brakes to control the attitude, weight transfer and overall traction of a vehicle in case of an emergency. The system pulses or releases the brakes individually and controls brake torque to achieve the best correction. The ESC can control the contact patch of a tire, but the system can only work with the contact patch given to it by the suspension and ride control components.