I’m also pleased to announce and introduce Andrew Markel who has been named editor of Underhood Service. Some of you may already recognize Andrew, who currently serves and will continue to serve as the editor of Brake & Front End and has contributed numerous technical features within past issues of Underhood Service and ImportCar. 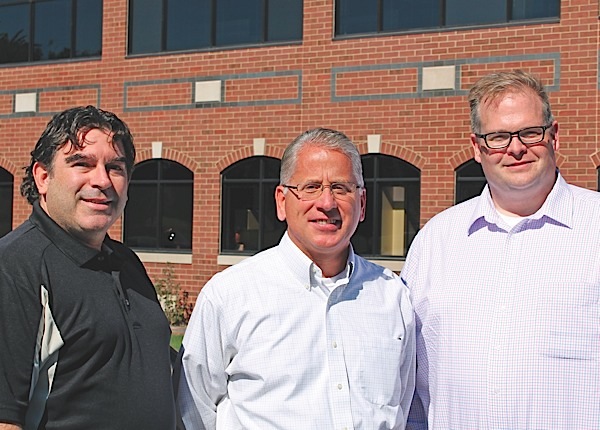 Advertisement
Click Here to Read More
Advertisement
Techs can make virtually any repair “look easy” to their customers. The typical ­scenario consists of the customer dropping off his/her vehicle in the morning and by 5 o’clock the same evening it’s in top-running condition with a happy customer behind the wheel. However, behind the bay door those of us in the business know the trick of making it look easy is having the proper training, tools and personal drive to complete each job, exceeding both the shop’s and their customers’ expectations.
For 15 years Ed Sunkin, the editor of Underhood Service, has made it “look easy” by producing 177 consecutive monthly issues. Ed’s commitment to providing relevant “under-the-hood” technical content and industry news for shop owners, shop managers and technicians was led by his personal drive to exceed his own expectations with each issue while simultaneously expanding the digital presence of the Underhood Service website and social media channels. Recently, Ed decided to take advantage of a new opportunity and the good news is he’s not going far. Ed has been named editor of Engine Builder, our sister publication serving the engine rebuilding industry.
I’m also pleased to announce and introduce Andrew Markel who has been named editor of Underhood Service. Some of you may already recognize Andrew, who currently serves and will continue to serve as the editor of Brake & Front End and has contributed numerous technical features within past issues of Underhood Service and ImportCar.
Combined, these three monthly magazines serve more than 100,000 individual repair shops.
Andrew’s extensive publishing experience, coupled with being an ASE-Certified automotive technician, will ensure a smooth transition beginning with this issue!
Andrew’s adjacent note provides a snapshot of his background and impressive automotive aftermarket heritage.
I’m glad to have Andrew on board to direct the editorial content of Underhood Service and its continued success.
Jim
[email protected]
330.670.1234, ext. 280
Becoming the editor of Underhood Service is a dream come true. I grew up in the industry and remember the first issue of Underhood Service. Why do I remember that issue? The IM240 cover story helped the shop I was working at make the correct decision in purchasing a new OBD II scan tool.
Like a lot of you, I am the third-generation of my family to work in the automotive service industry. My grandfather owned several repair businesses, gas stations and even a few new car dealerships in Denver, CO.
My father began his career at his father’s Hudson and American Motors dealership before being drafted into the Army. After being honorably discharged, he became a ­resident instructor at a GM Training Center. In 1981, he made the move to Detroit to become ACDelco’s supervisor of service training.
My career started at the age of three when I managed to crush my fingers under an engine block of a Chevy Vega (I still have the scars). My first paying job was at a new car dealer as a porter while attending college. Later, I went on to work as a service advisor and technician for several independent shops.
It has been 18 years since reading that first issue of Underhood Service, it is a true honor to be steering the editorial direction. If you would like to introduce yourself, give me a call.
Andrew
[email protected]
330.670.1234, ext. 296
Advertisement
In this article:

Future Fantasy Not Nearly As Cool As Today's Technology

Why Reading The Manual Is Essential
Connect with us