Hundreds of NASCAR fans and car enthusiasts made a pilgrimage to Level Cross, NC, on May 28 to honor Richard Petty, take part in the inaugural Spring Fling Car Show at Petty’s Garage, and witness the official reveal of Legacy by Petty, the one-of-a-kind Dodge Challenger custom built by Petty’s Garage to pay tribute to Richard Petty and promote vehicle lift safety. The event was sponsored by the Automotive Lift Institute (ALI) and its member companies.

Hundreds of NASCAR fans and car enthusiasts made a pilgrimage to Level Cross, NC, on May 28 to honor Richard Petty, take part in the inaugural Spring Fling Car Show at Petty’s Garage, and witness the official reveal of Legacy by Petty, the one-of-a-kind Dodge Challenger custom built by Petty’s Garage to pay tribute to Richard Petty and promote vehicle lift safety. The event was sponsored by the Automotive Lift Institute (ALI) and its member companies. 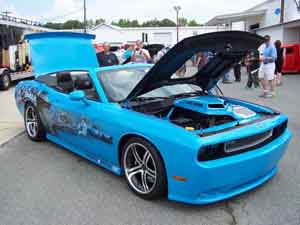 “This inaugural event allows fans and car enthusiasts to walk the grounds where it all started for Petty race fans,” said Greg Steadman, general manager of Petty’s Garage, the high-performance speed shop located in the garages that were once home to Petty NASCAR teams. “For Petty’s Garage and our partners, the event allows us to show off innovations and cutting-edge products associated with builds such as Legacy by Petty, the new WIX Filters Dodge Challenger, and the Petty Superbird.”

The car show kicked off around 8:30 a.m. Two hours later, everyone gathered for some heartfelt presentations and the much-anticipated reveal of Legacy by Petty.

R.W. (Bob) O’Gorman, ALI president and owner of Legacy by Petty, took a moment to thank the team at Petty’s Garage and other key contributors to the Legacy build, including artist Mickey Harris and Pfaff Designs. He praised the hardcore Petty fans and car collectors who came out to the event in spite of a massive storm that ended only minutes before the gates opened. O’Gorman said he was especially amazed by the dedication of one 1970 Superbird owner who drove that classic vehicle through the storm all the way from Virginia just to be part of the show.

O’Gorman introduced Mike Robertson, North Carolina motor vehicles commissioner. Robertson presented Petty with a unique shadow-box-style plaque featuring photos of key moments from his 200th NASCAR win in 1984 through the Legacy build, a certificate signed and sealed by Robertson and O’Gorman, and the first in a series of four commemorative license plates. The plate, which reads “200 WINS,” was commissioned by ALI for Petty. Robertson had four of the plates printed in the state’s historical license plate stamping area using vintage 1984 blanks. The second plate in the series was installed on Legacy by Petty. The third was presented to Steadman. Petty signed the fourth and returned it to Robertson.

Robertson entertained the crowd with the story behind the commissioning of the license plates, which started with a phone call from a “crazy Yankee.” But, Robertson said, as he listened to O’Gorman’s request, he decided that he wasn’t so crazy after all. The crowd roared as Robertson shook Petty’s hand, stating: “It has been a pleasure to be involved by ALI in honoring you, Richard. Congratulations, sir—North Carolina loves you!”

“We’ve gotten some amazing honors, but this is something really different,” Petty said. “We thank you, commissioner, and our friends at ALI for going through all this trouble.”

Robertson also surprised O’Gorman with a 2011 North Carolina “200 WINS” license plate. This plate is registered to the trailer that will be used to carry Legacy by Petty to car shows and other events around the country.

“By registering the plate to the trailer that ALI will use, we’ve put ‘200 WINS’ in the DMV system to preserve the integrity of the commemorative plates, while keeping the right to use that plate ‘in the family,’” Robertson said.

Red, White and … Petty Blue
One of the things that makes Legacy by Petty special is the amazing handiwork of renowned airbrush artist Mickey Harris. Harris told the crowd that he was so inspired by the project that he returned to his studio to paint a portrait that would honor the Legacy by Petty car and The King himself. He presented that portrait, “Red, White and … Petty Blue” to Petty at the ceremony.

“In my 35 years as an artist, I’ve worked on art restoration for some of America’s greatest pieces at the Pentagon and some amazing vehicles, such as GM’s America’s Pride Camaro,” he said. “But today I confess that perhaps one of the greatest experiences of my entire career has been to be selected by Mr. O’Gorman to represent ALI and his interest in telling Mr. Petty’s story here on the Legacy tribute Challenger.”

A visibly moved Petty told the crowd, “This beautiful and amazing piece will go immediately to the Richard Petty Museum, forever to be shared with the greatest fans that ever were.”

Legacy by Petty Uncovered
At last, it was time to pull the custom cover off of Legacy by Petty. The crowd responded instantly once the trademark Petty Blue metallic paint was visible. It’s the details that make this car a true testament to Petty: Harris spent more than 156 hours illustrating Petty’s unparalleled racing career through freehand paintings on both sides of the Challenger. Inside, the leather upholstery by Katzkin matches The King’s crocodile skin boots. And in the backseat, one of Petty’s signed and numbered Charlie One hats hangs on a special display stand.

Once the car was revealed, The King applied the final touch, autographing the Challenger’s odometer cluster in front of the crowd.

In addition to honoring Petty and representing Petty’s Garage, the car also will be used to promote vehicle lift safety as it travels to events around the country. The vehicle features the ALI website URL, www.autolift.org, under each door opening. A DVD player and flat screen TV in the trunk will be used to show both the iconic movie Petty Blue and excerpts from Lifting It Right, a DVD hosted by Richard and Kyle Petty for ALI that is focused on safely using vehicle lifts.

As news teams stood side-by-side with fans and car collectors, Petty and Steadman recalled the start of the Legacy by Petty tribute project back in November 2009 at a Las Vegas dinner attended by representatives of ALI and Petty’s Garage.

“You see, what happens in Vegas doesn’t always stay in Vegas!” Petty joked. “This car is proof of something good and highly detailed that can happen when partners set out to look after the interests of each other.”

Steadman noted that in addition to promoting the Petty legacy and the Petty partnership for automotive lift safety, the Legacy by Petty car was built to be driven.

“This is truly something special,” he said. “Not only do we have Mickey’s hand-laid artwork and a totally new technology that creates an ‘ice blue’ old-school flame that can only be seen in the dark, we also have a unique Petty Blue base with micro-fleck in a BAF RM finish that is guaranteed for life.

“The Legacy by Petty tribute Challenger has a specially modified 426 hemi and custom exhaust which puts power to the 3:91 rear end,” he continued. “We matched the car with a special Petters/Petty suspension and those big, monster Brembos. We built this car so that if put to the test, it will definitely perform.”

ALI Commits to Sponsorship through 2014
To wrap up the program, Doug Grunnet, ALI chairman, presented the Petty Family Foundation with a check and announced that ALI, in cooperation with its member companies, has committed to sponsoring the Spring Fling Car Show at Petty’s Garage annually through 2014. A date for the 2012 event will be announced later.

“There are some amazing cars here today,” Grunnet said. “I’m not only talking about the new Petty Superbird, the WIX car, and ALI’s Legacy by Petty, but also the cars that came from near and far to participate in the show. Today’s presentations and Mickey’s artwork make me proud to be in Randleman, N.C. Walking the show earlier with Bob, Greg and Richard took me back to my days as a younger man, and seeing such a wide variety of muscle cars and hot rods, representing so many enthusiasts, quite simply makes me proud to be an American.”

Inaugural Spring Fling Car Show Winners
There were some 100 cars at the Spring Fling Car Show, from as far away as Illinois, Virginia, Georgia, Florida and New York. Each participant received a Legacy by Petty poster and a show plaque. The $20 entry fee supported the Petty Family Foundation and the Foundation Fighting Blindness.

The event also raised awareness for the Richard Petty Museum, as many car show participants and attendees toured the museum while they were in town.

About ALI
Founded in 1945, the Automotive Lift Institute (ALI) is a trade association of North American-based lift manufacturers. ALI’s mission is to promote the safe design, construction, installation, service and use of automotive lifts. In 1947, ALI developed the first Commercial Standard covering vehicle lifts published by the National Bureau of Standards. Today ALI sponsors several national lift safety standards and offers a third-party certification program for automotive lifts. More information about lift standards and other ALI-sponsored safety activities, such as the lift safety training DVD Lifting It Right hosted by Richard and Kyle Petty, can be found on the Institute’s website, www.autolift.org. 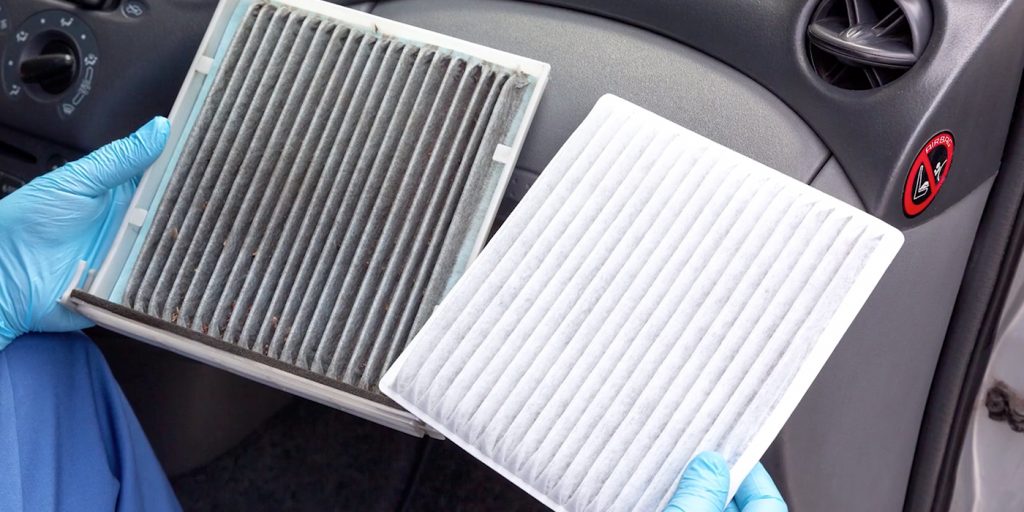