Oxygen Sensors Read the Amount of Unburned Oxygen in the Exhaust

Computerized engine control systems do an amazing job of keeping engines in good tune, minimizing emissions and maximizing performance and fuel economy. To keep everything humming at peak efficiency, the computer needs good inputs from all of its sensors. Key among these are the oxygen (O2) sensors.

Oxygen sensors read the amount of unburned oxygen in the exhaust. On most applications, the O2 sensor sends either a “lean” signal (too much air going into the engine and not enough fuel to burn it all completely) or a “rich”signal (too much fuel and not enough air) to the Powertrain Control Module (PCM). The computer then adds or subtracts fuel to rebalance the air/fuel mixture.

The feedback process begins shortly after the engine is started and the O2 sensors are hot enough to produce a signal. The O2 sensors have internal heater circuits that bring them up to operating temperature (about 650 degrees Fahrenheit) in a minute or less. The feedback process then continues as long as the engine is running. The constant changes in the air/fuel mixture cause the O2 sensor voltage signal to flip-flop back and forth between rich and lean.

On a growing number of late-model vehicles, a more sophisticated “wide radio air fuel” (WRAF) type of oxygen sensor is now used. Instead of producing a rich/lean voltage signal, this type of O2 sensor tells the computer the exact air/fuel ratio of the exhaust that is coming out of the engine. This improves fuel control and lowers emissions even more. The signal from the oxygen sensors is very important because of its impact on emissions and fuel economy. If an O2 sensor is not working correctly, it typically causes the engine to run rich, pollute and waste fuel.

On 1996 and newer vehicles (as well as some 1994 and 1995 models), there is one or more additional O2 sensors located in the exhaust system (usually behind the catalytic converter). These are called “downstream” O2 sensors, and their purpose is to monitor the operating efficiency of the converter. The converter reburns pollutants in the exhaust, so if the converter is not working properly, tailpipe emissions can rise sharply.

O2 SENSOR PROBLEMS
Oxygen sensors must react quickly for the computer to maintain the best performance, fuel economy and emissions. As the sensors age, they may become sluggish and respond more slowly to changes in the exhaust. This may cause emissions and fuel consumption to rise.

Contamination can also ruin an O2 sensor. Contaminants include silicone from internal engine coolant leaks (bad head gasket or cracked combustion chamber), and phosphorus if the engine burns oil (due to worn valve guides or piston rings). Replacing a sensor that has died because of contamination may temporarily restore normal engine operation. But unless the underlying problem that caused the sensor to fail is diagnosed and repaired, the replacement sensor will suffer the same fate. Sooner or later, the Check Engine light will be back on and the engine will need another O2 sensor.

DIAGNOSIS
The operation of the O2 sensors as well as most of the other sensors on a vehicle can be monitored with a scan tool. But the Onboard Diagnostic System II (OBD II) system does the same thing every time the engine is started and the vehicle is driven. As long as the Check Engine light remains out, the sensors should be functioning well enough to keep the vehicle’s emissions within acceptable limits.

When a sensor fault occurs that affects emissions, the Check Engine light will usually come on and the computer will set a Diagnostic Trouble Code (DTC) that corresponds to the fault. The code can be read by plugging a code reader or scan tool into the vehicle’s diagnostic connector.

The self-checks run by the OBD II system are called “monitors,” and the “ready” status of these monitors can be determined with a code reader or a scan tool. If all the monitors have run and no faults have been detected, the vehicle is within emissions compliance. It should pass an OBD II “plug-in” emissions test, and should probably be running normally.

SENSOR REPLACEMENT
When a sensor fails, it must be replaced to restore normal engine operation. Diagnosis usually requires some additional testing once a fault code has been read. Accurate diagnosis is absolutely essential to prevent mistakes. Many sensors are replaced unnecessarily because they were misdiagnosed. For example, somebody read a code, assumed the sensor was bad and installed a new sensor. Sometimes it fixes the problem and sometimes it doesn’t. Sensors are expensive, so they should not be replaced unless all other possibilities have been ruled out.

Most sensors do not have a recommended service or replacement interval and most sensors are replaced only after they have failed. Even so, a leading supplier of O2 sensors says replacing high mileage O2 sensors before they fail may improve fuel economy, reduce emissions and avoid annoying driveability issues. They recommend replacing the O2 sensors in 1980s and older vehicles at 50,000 miles, and 1990s and newer vehicles at 100,000 miles.

Replacement O2 sensors must be the same basic type as the original (heated or unheated), have the same number of wires (one to four) and have the same performance characteristics and heater wattage requirements. Installing the wrong O2 sensor can upset engine performance and possibly damage the heater control circuit.

Here are the 10 commandments of a catalytic converter replacement handed down from the EPA. 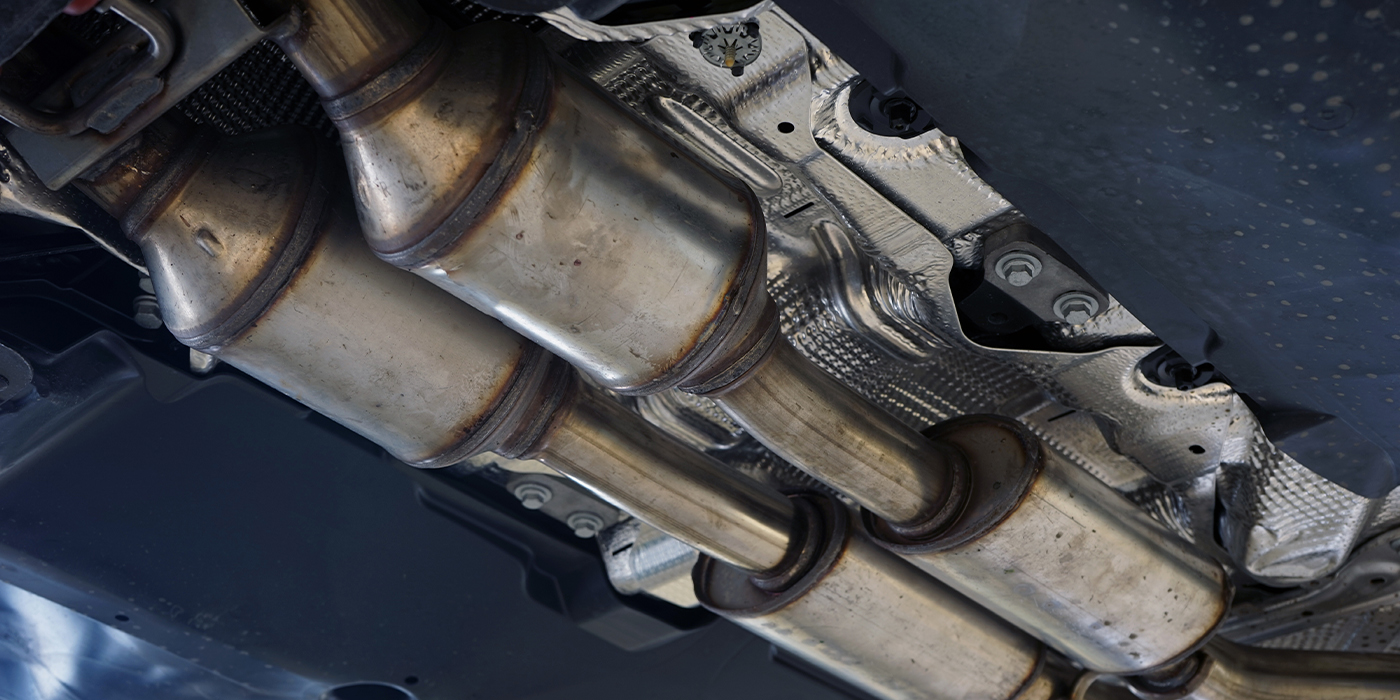 An oxygen sensor code related to the heater circuit can be difficult to cure. 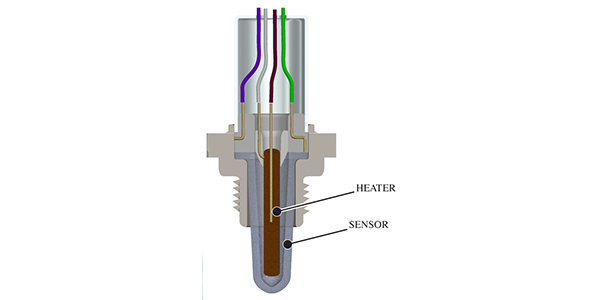 Tiny details can limit the life of a catalytic converter.

When an oxygen sensor is poisoned, it loses its ability to measure the oxygen content in the exhaust.