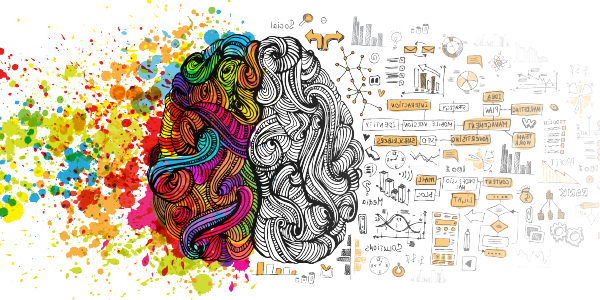 The automotive industry has suffered with an identity crisis for a number of years. Some of it is self-inflicted and some of it is due to public stigma which comes from a lack of understanding about what it takes to successfully move along with a large dose of commoditization in a race to the bottom.

The automotive industry has suffered with an identity crisis for a number of years. Some of it is self-inflicted and some of it is due to public stigma which comes from a lack of understanding about what it takes to successfully move along with a large dose of commoditization in a race to the bottom.

That cannot be the reality in the future. So, to provide you with a little pick-me-up, there is nothing like the past to inform the future.

From the beginning, cars have been a combination of both equal parts science and art. And the scientists and artists we praise and idolize include the ones who create the designs to those who solve the problems inherent with mechanical equipment after many duty cycles. Let me take you to Sylmar, California, for a lesson in both disciplines.

The Nethercutt Collection houses one of the largest collections of luxury cars and a few more common specimens you will find in one place in North America. It is rivaled in quality only by the Auburn Cord Duesenberg Museum in Auburn, Indiana, in my opinion. J.B. Nethercutt was one of the founders of Merle Norman Cosmetics, so clearly admiration and preservation of beauty was in his DNA.

One of the 20th century’s highly successful pioneers of speed and beauty was well known as a grouchy, perfectionistic, if-you-had-any-taste-or-driving-skill-you-would-not-complain-about-the-car-I-built-you man named Ettore Bugatti. His name has graced several modern takes on too-much-horsepower-is-just-enough. Ettore was a racer and an engineer. Think of his cars as the COPO Camaros of the day – only what you need and nothing else but a look that will grab attention. Since the vehicles he built were bespoke, meaning customized to the customer and limited quantity due to his continuous improvement (Yes before Toyota even existed), you will rarely find two Bugattis alike. Every body panel, engine, chassis and interior was hand-built. A set of fenders could take a week to create even for the craftsmen Ettore employed. Think about being so good that you can take a flat sheet of steel or aluminum and get the majority of the compound curves of that fender with only a few pieces, which were then welded together by flame because TIG and MIG did not exist yet. Now if that was not enough; make it mirror image for the other side. Panel beaters used wire frames and wooden bucks to establish dimensions, but they used English Wheel hammers and dollies to make the steel.

On the technical side, Bugatti did not just race – they won and won and won. They even had an AWD race car in 1932. The company was so driven to make cars that handled well and were fast that Bugatti’s son, Jean, supervised and test drove the cars himself, losing his life in a test of a Type 57 in 1939.

Bugatti also designed a racing/fighter plane that had two race car engines sitting behind the pilot, each with a drive shaft running alongside the pilot to a pair of stacked center propellers. It was mothballed, disassembled and hidden when Bugatti had to move out of northern France right before World War II. A group of enthusiasts here in the U.S. reconstructed this very advanced (for its time) machine in 2016. Sadly, the plane crashed, killing the pilot and returning it to history on its third flight.

What does this have to do with the current state of the art? Let’s consider the science involved in the repair of any vehicle. We read magazines, attend classes and hone our craft to have the technical skills to return vehicles to correct operating conditions in every discipline or the repair industry. Where is the art? That is on display when a person armed with science can creatively solve a problem making others admire their skill. After all isn’t that what people are doing when they see a great painting, a talented musician or a classic automobile, admiring and appreciating the skill required to make it look easy?

The only cure for this identity crisis is to elevate the difficult and impressive work you do to the level of those who came before you. Ettore would have most likely belittled someone doubting his capabilities. You might find that educating those who are uninformed is a higher road to take. And please, when I run into you at a trade show and ask you what you do, NEVER say “I am JUST a technician.”

Advertisement
In this article:Technology Corner