The late-model Nissans have proven to be quite reliable when it comes to serial-type problems that would get them to your bay with check engine lamp issues. Nissan has done a good job of addressing some of the problems we’ve looked at in the past. But that doesn’t mean you won’t be seeing Nissans looking for attention, and that spells service opportunities for you.

The late-model Nissans have proven to be quite reliable when it comes to serial-type problems that would get them to your bay with check engine lamp issues. Nissan has done a good job of ­addressing some of the problems we’ve looked at in the past. But that doesn’t mean you won’t be seeing Nissans looking for attention, and that spells service opportunities for you.
So, let’s take a look at some of the common ­driveability and check engine light issues on the Nissan vehicle lineup.
One of the more common problems we see on the late-model Nissans involves the keyless start system. We’ve been faced with a couple of no-crank issues that were related to bad brake pedal switches, but don’t be fooled by simply looking at the brake lights and assuming the switch is good. These cars are equipped with a secondary switch that the keyless start system is monitoring. 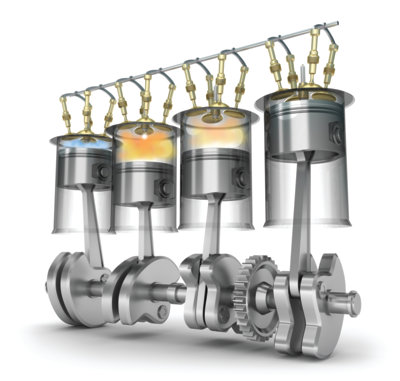 Advertisement
Click Here to Read More
Advertisement
CAM AND CRANK SENSORS
A common problem you’ll see on the ever-popular Altima is a P0335 code that represents a problem in the crankshaft position sensor circuit and is sometimes accompanied with a P0755 engine speed code. Nissan identified the problem early on, ­issuing a TSB that involved replacing both the cam and crank sensor.
We were changing both sensors whenever the code was encountered, but we’ve since changed our strategy to replacing only the crank ­sensor when that code is evident. We found that the cam sensors weren’t a problem on the older cars.
The crank sensor is located on the firewall side of the engine and, while not easy to reach, presents a bit of a challenge when installing. There is one important thing to keep in mind: Be sure to plug the harness onto the ­sensor before installation because it can’t be done ­afterward without modifying the connector.
Also, as with any code issue, keep in mind that the code is not part-specific, so be sure to look at the connector and wiring while you’re there. Crank sensor issues have ­resulted in intermittent stalling, no-starts and long-crank ­complaints. If you’re faced with any of these complaints, and a P0335 code is stored, the sensor should be replaced.
While the majority of these complaints end up being sensor issues, remember that these sensors are also looking at the relationship ­between the crank and cam position. There have been some ­reports of loose timing chains and faulty variable timing camshaft sprockets prompting this code. These issues are more prevalent in high-mileage cars, or if there is any noise from the ­timing chain area. Another giveaway is when a vehicle has had both sensors changed and the problem persists.
Another area that seems more prone to problems on the Altima is the electronically controlled throttle body and the resulting P0507 code. After years of including a good throttle body cleaning in a service, we’re now very careful not to flood the unit with cleaner. Instead, we spray the cleaner on a shop rag and then carefully clean the throttle plate and bore. If you should end up with a high or erratic idle when you’re done, a throttle relearn will have to be performed. Your service info or scanner will walk you through the process — which can be quite tedious. 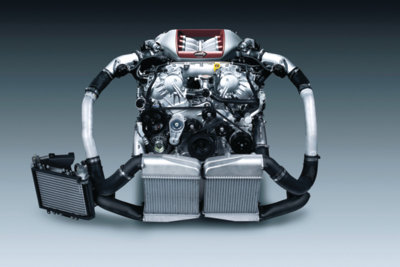 MAF & MISFIRE CODES
I learned a tip, regarding mass airflow codes, to keep the engine running while your scanner is hooked up. I’ve followed this tip with good results, even though I doubted it at first.
With the engine idling, unplug the air mass meter and plug it back in, then clear the mass air code (with the engine still running) and see if the idle doesn’t ­return to normal. I don’t have the technical explanation for why it works, but it has gotten me out of jams when I otherwise couldn’t get the relearn done.
Another problem that’s most prevalent on the V6 cars are ignition coil failures. If you’re lucky, you’ll get a solid misfire and code but, more often than not, you’ll be faced with a P1320 “Ignition Control ­Signal Circuit Malfunction” code that isn’t cylinder specific but ­indicates a coil failure. At this point, you and the customer have a decision to make. Many times, the customer doesn’t have a driveability complaint and it can be a “hard sell” to ­replace six coils. Often, our ­customers choose to continue to drive the car until the cylinder in question throws a misfire code, rather than replace all six coils as recommended by Nissan.
On the four-cylinder Altima, you may find a ­misfire code that may or may not be accompanied with a system lean code. These cars may not exhibit a solid miss but may have a poor idle quality. Be sure to look at the long-term fuel trim as part of the ­diagnostic process. If you’re seeing numbers in the double digits, take the time to check for vacuum leaks, especially at the intake gasket feeding the misfiring cylinder in particular. While not a very common issue, we’ve seen more than a few ­intake gaskets failing. The diagnosis can be a bit of a challenge because it’s a hard area to reach, but it is worth the effort to prevent chasing your tale.
The same applies to head gasket failures on the Sentra; many times a mysterious misfire code may start making more sense as you notice that the coolant level is low or you pick up that slight “miss” when you start the car cold. We’ve covered head gasket diagnosis and replacement in the past, and it’s available on the ImportCar website.
For instance: Nissan Head Gasket Replacement Procedures
Most importantly, don’t forget the basics. No amount of electronics or computer control can make an engine run well when it’s not in sound mechanical condition or if basic maintenance has been neglected. Our first step when looking at a cylinder that sets a misfire code is to pull the plug and test compression, confirming engine condition and getting an idea on where we stand with ­maintenance.
If the engine is sound, we diagnose and repair the misfire and then contact the customer, pointing out the need for service. We never hesitate to point out and ­recommend additional ­services, but never do so without first addressing the customer’s initial complaint.
It’s obvious that technology is moving forward and we have to be equipped to handle whatever comes our way. That means we have to consider making the investment in the proper equipment, plus we have to be in a position to handle this type of work. With solid parts availability and a wealth of information just a couple of mouse clicks away on web-based resources, like www.import-car.com, iATN and other technician community forums, there is no reason not to capitalize on the service opportunities presented by this popular vehicle lineup.
Advertisement
In this article:Camshaft, Diagnostics, Diagnostics: Driveability