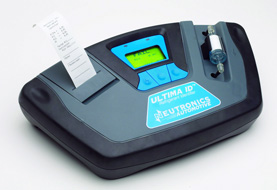 Having just returned from the 2006 Mobile Air Conditioning Society Worldwide Trade Show in Orlando, FL, I found myself very troubled by what I now know is a very disturbing “state of the industry” for mobile A/C. What follows is an attempt to point out how the industry is far worse off now, than it was a decade ago, when it switched from R12 to R134a refrigerant, and how the future is very clouded. The lack of Federal guidelines and EPA criteria for evaluating and approving substitute refrigerants means that today’s mobile A/C technicians must check every car and every bottle of refrigerant they come into contact with.

The need to reduce CFCs resulted in a good road map for the A/C business
Back in the early and mid 1990’s the mobile air conditioning industry spent years developing and instituting rules and regulations that would guide the transition from R12 to R134a. We were aided by significant Federal government involvement because the United States signed the Montreal Protocol (CFC reduction treaty), which ultimately mandated the change from R12 in an effort to cut down CFC pollution. As a result, the EPA issued the SNAP rule and the mobile A/C industry had a fixed direction to follow for the refrigerant transition.

New environmental issues now dogging R134a
Closing the door on CFCs may have solved one problem, but another global environmental issue has surfaced. The problem is “greenhouse gasses” and the resulting “global warming.” Not surprisingly, the automotive world is getting the most attention because R134a is now labeled as a greenhouse gas bad guy and needs to be replaced ASAP…or does it? This is where things are very different from the R12 transition and the Montreal Protocol. A new worldwide environmental treaty/program, called the Kyoto Protocol, is in place to target “greenhouse gasses.” Every country that signs it must dramatically reduce the use of greenhouse gasses…and that includes R134a. Unfortunately, the USA did not sign the Kyoto Protocol.

If the USA is not part of the Kyoto Protocol, then why replace R134a?
The answer is complicated. The European Union and Japan have signed on and need to produce cars with A/C systems that are “green house gas” friendly. That means they will eventually ship cars to the U.S. equipped with an alternative refrigerant, such as CO2, and will have to outfit their dealerships with the proper training and service tools. Shops here in the USA will then have to service both R134a and CO2 cars. So, what are the options for U.S. automakers? If they don’t make “green house gas” friendly cars, how will this affect their export capabilities?

The worldwide mobile A/C industry is now officially “fractionated”
Looking back at the enormous and globally successful effort that went into the R12 to R134a transition, it is easy to see why we have bigger problems in the mobile A/C industry today. Back in the early 1990’s the entire mobile A/C community was on the same page. Everyone agreed that R134a was the refrigerant of choice to replace R12. But now, because of the USA’s position on the Kyoto protocol, domestic car companies are under no specific deadline to change unless they want to export to Kyoto Protocol countries. Considering the current economic state of our domestic auto manufacturers, the last thing they need to do is increase costs by switching to another refrigerant, and because there is no mandate, there’s no hurry to switch either. That means, in the short run, only part of the world will make the switch from R134a. That’s fractionization and that spells trouble.

What’s Up? The price of R134a!
It may be old news, but the cost for R134a is up there, anywhere from $200-$300 a bottle. Although the demand is higher, R134a manufacturers are not ramping up with additional capacity because they know the refrigerant is targeted for replacement. That means we will continue to see a rise in R134a prices and with it, the cost of A/C service. With the typical A/C service already in the $200 plus range, you can expect to see an increase in refrigerant blends, cross refrigerant contamination and DIY’ers. Many of the refrigerant blends now cost less than R134a. In fact, you can even find R12 for less than R134a.

A new and very serious problem now being reported is the import of “questionable” R134a refrigerant from China. Having been personally in the heart of the “contamination” issue through the 1990’s, I can tell you we are in a far, far worse position now then we were then. Because the USA did not sign the Kyoto Protocol, there are literally no rules! Congress cannot empower the EPA to come up with regulations to cover the transition from R134a. That means that there is nothing illegal about adding whatever you want to an R134a system. There are no fittings and label change requirements, and is there no longer the threat of an EPA official citing a shop for not properly following the R134a replacement refrigerant rules.

Back to our question of a lawless society
This is the new age of mobile A/C… a society without laws and getting worse. I remember how difficult it was to educate and train mobile A/C technicians on the rules and regulations during the R12 transition and even then, cross contamination and the use of dangerous substitutes were rampant. But, what are conditions today? Well, there are no EPA rules to follow or criteria for evaluating and approving R134a substitute refrigerants. So what do we teach our mobile A/C technicians now?

The only solution: Check the refrigerant!
The immediate future holds little promise for any kind of compromise or unified solution. In the last few weeks, Dupont and Honeywell have issued press releases on their plans for new automotive refrigerants further complicating the transition from R134a. The R134a replacement refrigerant issue is likely to go into the next decade before we settle on a common direction or at least some workable guidelines. While there are plenty of good people trying to help, politics will continue to impede a beneficial solution from coming to fruition any time soon. The best thing today’s mobile A/C techs can do is keep their refrigerant identifiers handy and never start an A/C job without first checking the refrigerant.