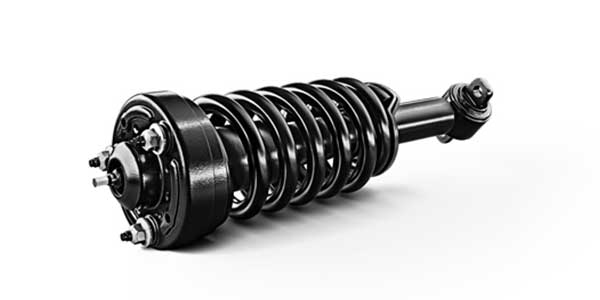 The newest OE-spec loaded struts for Ford and Lincoln vehicles are available now.

Motorcraft is launching a second wave of loaded struts, providing additional coverage for Ford and Lincoln vehicles. The new line of struts will allow even more opportunities for shops and technicians that service these vehicles. According to Motorcraft, one benefit of these OE loaded struts is that they are priced competitively.

The new wave of loaded struts, made with 98 percent OE components have the spring already in place. This simplifies installation, while providing OE-level quality, fit and performance, the company says.

“This summer, we were excited to offer the first wave of loaded struts,” said Jana Czopek, Ford North America underbody product manager. “The second rollout more than doubles the number of applications. We’ve heard from shops and technicians who have said how much they appreciate the competitively priced loaded struts. More applications mean they’re getting more of what they’ve been asking for.”

The second rollout is available now. New applications include:

The first rollout was available in August. Those applications included:

As with all Motorcraft parts, these new loaded struts are covered by the two-year Service Parts Warranty (SPW), which provides unlimited mileage coverage for Ford and Motorcraft parts, including labor and with no commercial exceptions.

For more information on Motorcraft loaded struts, go to: fordparts.com/motorcraftloadedstruts.aspx