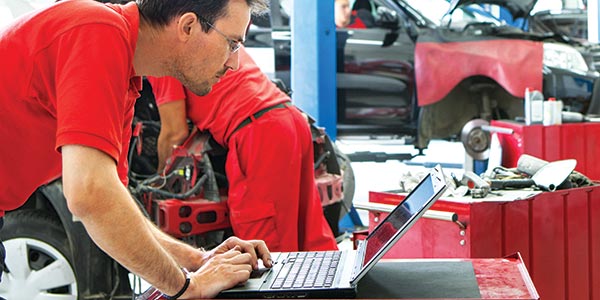 Even with all these modern tools, techniques and scanners, there are still problems that occur because of previous work performed incorrectly. The difference is how the computers in modern cars interpret incorrect parts or faulty workmanship.

Who remembers carburetors, or the first years of fuel injection systems? How about the first cars with computers in them? All these features seem like old news these days. Of course, the modern car has far surpassed those early attempts at bringing the family car into the future of modern electronics. But back then, these advancements were futuristic, stupendous and more than a little intimidating to the old school mechanics of the time. That’s when advanced training brought everyone up to speed.

I’ve been around long enough to see all these changes, and have had to adapt my personal “expertise” to these ever-changing systems just to stay up with what customers are bringing in for repairs. Today’s cars require a lot more diagnostic time and varied equipment to perform some of the basic and essential tasks that a few tweaks of the wrench used to accomplish. For example, “Cam to crank correlation,” or “passenger presence reset” never existed years ago. But now, programming and calibrating engine and body components is as commonplace as adjusting the idle on a carburetor used to be.

Even with all these modern tools, techniques and scanners, there are still problems that occur because of previous work performed incorrectly. The difference is how the computers in modern cars interpret incorrect parts or faulty workmanship. In the past, without computers getting in the way, things either worked or they didn’t, but now the communication between different control modules can lead to entirely different circumstances than vehicle engineers could have ever anticipated. Sometimes a signal blocks the entire data stream and the car won’t start, or multiple systems won’t work. Other times, a battery drain will be brought on by plugging the wrong connector into the wrong socket.

In recent years, I’ve had cars come in from body shops, or from a customer, and a different rear hatch or door was installed where something related to that hatch or door wasn’t working. It could be the brake lights, a power window or anything else connected to the replacement piece. Nine times out of 10, the door or hatch would fit perfectly, but the wiring harness in the door would be different. I’d usually find that a part was from a different model year or from a vehicle equipped with a different option package. This could lead to battery drain, electrical issues and a slew of problems with the BCM due to incompatibility with computer software.

Now, these kinds of problems wouldn’t have happened on a vehicle that was 20 years older since they didn’t use a computer to determine the door position, just a jamb switch. But, you can’t dwell on the way these systems were addressed in the past; you just have to break out a scanner to fix them now. 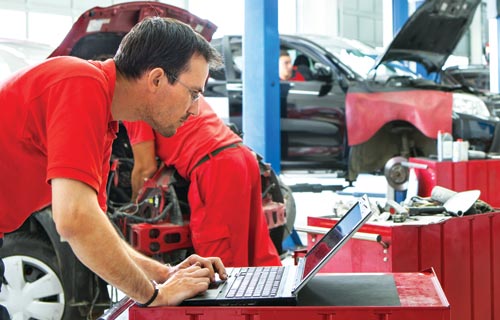 The modern vehicle is more computerized than ever before. Now with hybrids and fully electric vehicles getting more popular, I’m sure there will be many other issues for technicians to deal with. And, let’s not forget about the autonomous car. Just wait until they start rolling in repair and body shops.

The days of the stereotypical high school dropout who starts out pumping gas and eventually starts turning wrenches is all but a memory. The qualifications required to be a mechanic today are more in line with the skill sets of a college graduate with a Ph.D. than a stereotypical grease monkey who is good with his hands. Times are changing, and so are the challenges in the automotive repair industry. It takes a lot more than knowing how to use a wrench and how to hang parts to fix what’s coming into our shops today.

Whenever I’m asked by someone whether or not their car-enthusiast son or daughter should take up the trade of auto repair, I tell them, “If they like cars, that’s great, but liking cars and working on them are two different subjects entirely.” What I find is that most start-up mechanics envision using skills required on cars from years past, but most of the paying customers who come into shops now have long given up on trying to keep those older models. I applaud anybody who likes working on cars who thinks about joining the profession, but if you want to be a modern mechanic, you have to get with the times. It’s as simple as that.

Advertisement
In this article:Diagnostics, Shop Equipment