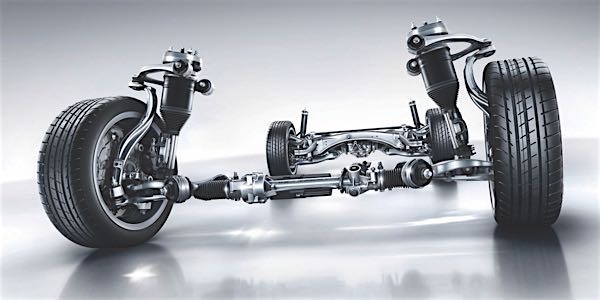 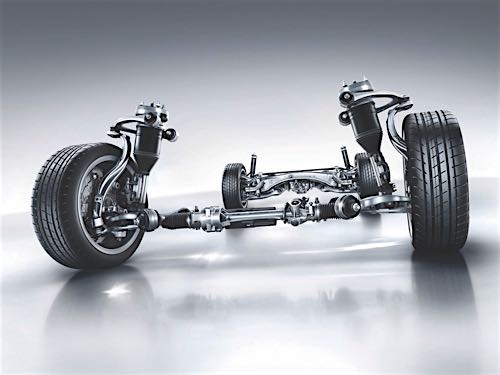 If you look at some of the premium European luxury cars and SUVs from 2007-‘10, you will find some game-changing engineering when it comes to the suspension and ride control components. These vehicles include:

Some of the changes included stamped steel control arms being replaced by aluminum components. Ride control functions also became integrated into the stability control and lighting systems. And, on some platforms, the all-wheel-drive option became standard equipment.

Today, a majority of these vehicles have more than 80,000 miles on them and the handling may not be as precise, so the customer might notice their plush ride is not what they have come to expect. But, the vehicle may have high monetary or sentimental value to the owner. Luckily for these instances, more repair and parts options are becoming available that can extend the life of these vehicles and make the repairs more economical.

BMW, Mercedes-Benz and other European OEMs adopted air ride and even hydraulic ride control systems for their mid- and high-line vehicles. These systems can make a large sedan or SUV handle like a sports car, yet also be able to handle a dirt road.

Just about every model had some form of electronically adjustable suspension. Electronically adjustable valving technology is more than just a button on the dash used to stiffen up the suspension so the driver can get a sporty feel. These systems use data from accelerometers mounted to the body, yaw angle sensors as well as the steering angle sensor. They can sense the road and the driver’s intentions to take the appropriate action for comfort and control.

These systems typically use mono-tube shocks and struts. The adjustable valving is usually located on the shaft or on the side of the unit. It can fail and will typically create an open circuit that will set a code. The valving is designed to fail in a neutral position that is typically on the stiff side. The driver may notice the changes even if they ignore warnings on the instrument panel.

The next level up is air ride. Some manufacturers like Mercedes-Benz, Volkswagen and Jaguar will use air bags at all four corners, while BMW uses air springs only on the rear suspension. These systems do more than just regulate the ride height; they can tune the air pressure inside the bladders and the valving inside the strut to match road conditions.

Common codes you might see on 2007 and newer vehicles are “plausibility” or “performance” codes. When you see a code with “plausibility” in the description, it is the system saying that there was an unexpected result with a correction or action taken.

The logic behind plausibility codes is simple. The system knows that for a given amount of compressor runtime or pressure drop in the reservoir to carry out a trim command, that the suspension should raise a specified amount. If the correction depletes the reservoir or the compressor has to run longer than expected, it knows there is a problem with the system. The issue could be a weak compressor or a leak.