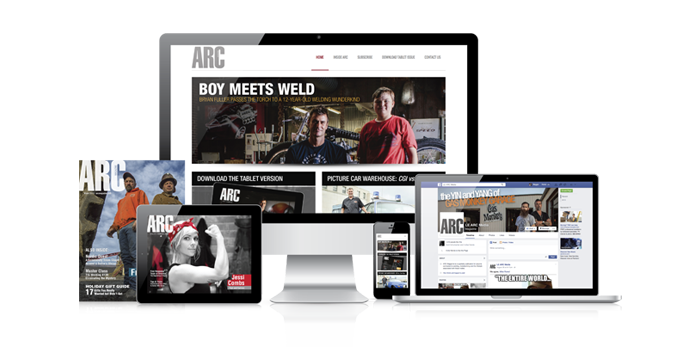 In addition, ARC was selected as a finalist for Project of the Year. The winner will be announced at an awards ceremony on Sept. 8.

Lincoln Electric’s ARC Magazine has been named Best New Print Publication of the 2016 Content Marketing Awards, sponsored by the Content Marketing Institute, a UBM company. In addition, ARC was selected as a finalist for Project of the Year. The winner will be announced at an awards ceremony on Sept. 8 during Content Marketing World 2016 in Cleveland. More than 1,300 entries from around the world were submitted to this year’s Content Marketing Awards. The institute says they signify “the best of the best” in content marketing excellence and bring with them a high level of competition.

“Each year I am impressed with the caliber of work that is submitted, and this year is no exception,” said Joe Pulizzi, founder of Content Marketing Institute. “It’s easy to say that this was our best class ever.”

Launched in 2015, ARC Magazine is a “lifestyle” magazine aimed at the metal forming and fabricating community, providing a platform for entertainment and knowledge sharing and delivering technically appropriate articles for new and experienced welders.

“It’s an extreme honor to have won Best New Print Publication, and to be in the company of such big consumer brands who are also finalists for Best New Project,” said Craig Coffey, manager of Lincoln’s marketing communication team. “The fact that our team crafts each issue in-house, from cover to cover, makes this recognition even more special. It’s is a testament to the talent and dedication of everyone at Lincoln that’s contributed to ARC since its inception.”

Advertisement
In this article:Lincoln Electric