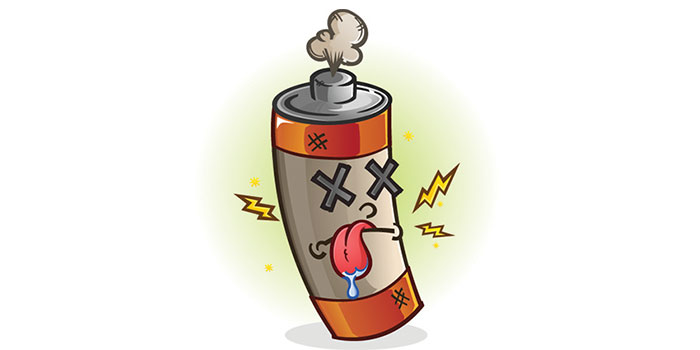 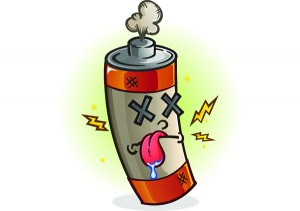 During the initial TPMS phase-in many warned about what sounded like an impending crisis. It was the “tire guy’s apocalypse,” which sounds dramatic, but that’s the way I remember the situation being characterized.

There was worry and paranoia from all sides. Some companies undoubtedly saw it as a “market opportunity,” and helped perpetuate some of the fear and anxiety. The gist I got from the marketing I saw was that changing tires would, as we knew it, never be the same.

Sure some things changed, and changing tires was made slightly more difficult, but mostly it’s still the same.

In the early days there was less standardization. This was due in part by an agreement between the government and carmakers that allowed the carmakers to use any technology they wanted as long as they could meet the requirements of the new regs. This allowed carmakers to use off the shelf tech, which eased their burden of implementation. However, this did create a situation that was ripe for confusion. Which tool do I need? Which cars will that work with? Should I stock sensors, and which sensors?

Less standardization meant more tools, more sensors, more headaches. I shared in the worry. I bought tools and supplies I never used. It was like a mini-Y2K (if you remember the frenzy surrounding that). But just like Y2K, it was a false alarm. There was no sudden flood of issues involving TPMS sensors.

Despite the panic to be prepared, the largest issue in the beginning was figuring out how not to break the sensors.

Now, 10 years after the first TREAD Act-mandated TPMS sensors were installed on new model year vehicles, a lot has changed. You need look no further than the way we manage our lives. Technology now permeates every aspect. Cellphones we talked on are now smartphones that do everything for us. The social media platform Twitter, launched the same year as mandated TPMS sensors, wasn’t even understood by most people at the time, but is now indispensable to millions of users.

Time has a way of changing things. In 10 years, we have encountered a lot of TPMS sensor-related issues, which I intend to talk about, but I believe the largest issue we face (in terms of frequency) today is battery failure.

The initial expectation was that the sensor’s batteries should last 5-6 years, and some did fail within that window; some failed even sooner. But, for the most part, the batteries have exceeded expectations. I remember reading that  shortly after the initial rollout the sensors where expected to last for something like 50,000 miles. I recently had a customer with a 2006 GMC who had driven almost 300,000 miles on the original sensors. So much for that 50K expectation.

It seems easy, just replace the sensor when they die, right? Most of the time it’s that easy, but sometimes a dying sensor can cause several intermittent problems. In fact, if you have a TPMS-related complaint where you can’t replicate the issue, chances are it’s a battery problem.

It doesn’t matter what kind device it’s in, a battery on the verge of death can cause all sorts of weird things to happen. TPMS sensors are no different. All sorts of problems can arise from a dying TPMS sensor battery.

All the obvious stuff will turn on the indicator light, but I’ve seen all sorts of crazy things that ended up being caused by a dying sensor battery.

What Can We Do About It?

Most sensor manufacturers build in basic battery monitoring into the sensors they produce. The sensor sends out the battery level info the entire time it is active, you just need a tool that has the capability to read the signal and display the results on-screen.

You should upgrade if you don’t own one, because chances are the tool doesn’t do other things you’ll need, too. You can still service tires without using a tool (not correctly) or with an older tool, but what is more important, saving the capital outlay or being able to efficiently complete a service?

As mentioned most sensors have basic battery monitoring built in, but it’s important to note the keyword “basic.”

Basic means when the sensor is sending a signal out to read by the tool and the results are displayed on-screen, the tool is not getting a whole lot of information from the sensor. In this case, the sensor only sends out a pass/fail indication of the battery condition. There is an acceptable voltage range pre-programed into the sensor from the manufacturers that establishes this yes/no type of basic answer.
That sounds great. The work is done for you, no guessing whether 48% is OK or in need of replacement, right? Well…sure, kind of. There is one glaring flaw with this methodology and that is a false positive.

The problem with any pass/fail test, is that there is no smooth transaction. It’s either one or the other.

Think of a high school math class where the difference is passing with a 60% and failing with a 59%. Only one grade point makes the difference between repeating a class or moving on. Just like a mom isn’t happy with their child getting a D or F, your customer won’t be thrilled with a marginally passing tire sensor either. It’s skirting the edge of failure and will give them problems., sooner or later.

There are all sorts of variables that could affect the voltage the battery can deliver to the internal circuitry of the TPMS sensor. Ambient temperature, load, capacity and age are just a few factors that cause a sensor to pass one minute and turn the indicator light on only a mile down the road.

It’s clear that there is room for improvement in the system. If consumers were given more information about their sensors they may be more inclined to maintain the system. If you check comments posted around the Internet related to TPMS sensors you will see a lot of discontent from the driving public when it comes to TPMS systems. Consumers just see the failure of the system, they don’t understand the reasons behind the failure. If they never understood them in the first place, why fix them when they break?

I contend that if the battery level is presented to the consumer/technician as a percentage, there won’t be the frustration associated with dead, dying or marginally operational sensors, and more car owners would replace them. The tell-tale light is not enough; people need to know why it came on. It’s not like the MIL light, there is nothing complicated here, the tire is either underinflated, overinflated, the sensor battery is dead or the sensor isn’t present. Give them the information and these problems go away.

What can we do as tire technicians and dealers to take care of these issues that are coming about and to ensure the customers see the value in their TPMS system? We have to figure out a way that will lead to less frustration and less comebacks. I think the answer is to be proactive.

Educate the customer; let them know the batteries will fail at some point. I wouldn’t wait, I would tell customers the first time you see them regardless of the age of their vehicle.

Ask them if they were aware that their car is equipped with a TPMS system that relies on battery-operated sensors mounted inside their wheels and let them know that like anything with batteries there will come a time when they need to be replaced.

And then again when the vehicles age/mileage are approaching the end of their estimated lifespan, warn the customer of their impending failure. Even if they chose not to replace the sensors, they will thank you for letting them know it’s coming.

When you do see a battery failure consider all the factors and let your customer know that unless they have changed out some of the sensors previously the other three are next and they should really consider just replacing them all. That way you save them the future headache that intermittent battery-related issues can be and you ensure they will continue to have a fully operational TPMS system.