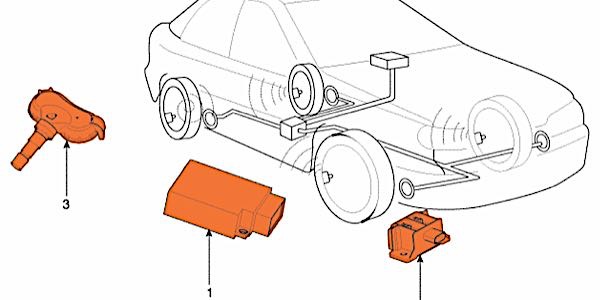 Hyundai has equipped most of its vehicles with TPMS since the 2007 model year. Most Hyundai vehicles use systems from Lear, TRW or Continental. These systems have an auto relearn function. But if you are initializing a sensor or doing a manual relearn, you will need a TPMS tool that can capture the sensor IDs and program them into the TPMS module.

Most 2007-’10 models use clamp-on sensors. After 2010, most models were equipped with rubber valve stems that snap into the wheel.

These systems do not require a relearn for tire rotation. Only one automatic relearn procedure will take place during a given ignition cycle.

Corrected tire inflation pressure will cause the TPMS indicator to shut off once the tire pressure sensor reports to the TPMS receiver, approximately 20 minutes after the vehicle stops moving, or after 20 minutes of continuous driving.

Hyundai recommends not performing initialization or reprogramming if the vehicle is parked on a metal floor, roof, or even on an alignment rack or lift. The metal will transfer the RF signals, which can cause the learn procedure to fail and set DTCs. In some cases where a sensor has failed, a system might pick up a sensor ID from another vehicle if it is driven nearby and has a similar sensor. 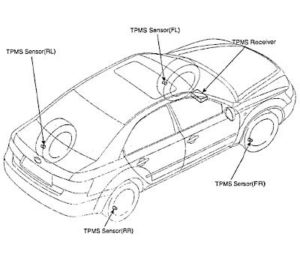 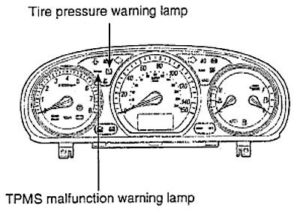 The main difference between high-line and low-line systems on some models is the use of an initiator module that transmits a signal telling the sensors to transmit. Some models have separate initiators for the front and rear sensors.

Most sensors are passive and transmit at specific intervals when the sensors detect motion. The sensor will not transmit unless requested to do so by the initiate command or when the vehicle accelerates to 20 mph (32 km/h).

Systems on 2007-’15 vehicles use the same data parameter as the cruise control for vehicle speed. The sensor is on the output shaft of the transmission. If the TPMS or cruise control is missing this data, it will cause a TPMS malfunction.

Even though Hyundai used different suppliers, the codes for the TPMS followed the same structure and nomenclature: