How Software Is Changing Braking: Electronics Are Driving Technological Advancements

There was a time when advancements in brake technology were entirely hardware based. The change from drum brakes to disc brakes, the introduction of semi-metallic and ceramic brake pads and the addition of power brakes as standard equipment were all changes achieved by ­redesigned and improved brake system components. Today, electronics is driving most of the ­advancements in braking technology.

It started with anti-lock brakes (ABS). When ABS became part of the brake system, the ability to electronically control individual brake circuits opened up a whole new world of possibilities. One was to get rid of the ­mechanical brake proportioning valve so the rear brakes could handle a greater ­percentage of the braking load to reduce ­stopping distances. Electronic Brake Distribution is now common on many vehicles. 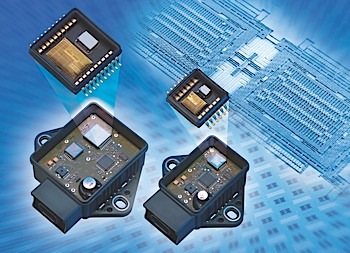 Traction control and stability control came next. With the help of the ABS pump and high-pressure accumulator, traction control can apply the brakes as needed to prevent or control wheel spin. On some applications, it functions like a limited slip differential to improve traction on slippery surfaces. Stability control employs ­individual wheel braking to counter oversteer and understeer. This improves handling stability and reduces the risk of rollovers in SUVs and other vehicles.

As braking technology evolved, the next step was to make the brake system smarter. On some vehicles, the brakes can now anticipate stops even before the driver can react. By monitoring throttle position and vehicle speed, software changes allow the brake system to pre-charge the brakes the instant the driver’s foot lets up on the accelerator pedal. Light pressure is applied to the brakes in anticipation that the brakes will soon be applied.

According to research performed by Audi, priming the brakes reduces the time it takes to apply the brakes by 100 to 200 milliseconds. At 80 mph, this can reduce the overall stopping distance by 23 feet, or about one car length, which may be enough to avoid or mitigate a collision.

“Brake Assist” is a variation of this approach that senses when the driver is braking hard as ­opposed to braking normally. By monitoring the rate at which the brake pedal is being depressed, the system can increase the amount of brake force to help the vehicle stop more quickly. ­Additional inputs from the ABS wheel speed sensors, vehicle speed sensor, yaw and acceleration sensors and accelerator pedal may also be used to determine if the vehicle is braking normally or if the driver is slamming on the brakes. 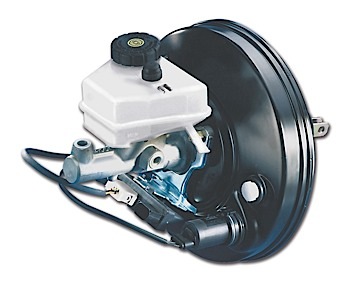 One caution you have to keep in mind when working on vehicles that have some type of brake pre-charging system is that the brakes have to be disabled before you begin any work on them. If the vehicle does not have a manual deactivation switch, this may require using a factory scan tool or aftermarket bi-directional scan tool to access the vehicle’s brake controller so it can be turned off. Another ­option would be to locate the brake controller fuse and remove it.

On some Mercedes applications, things get a bit tricky. To deactivate the brake system, you need to ­remove the keyless entry fob from the vehicle, then lock the doors. Then, move the key out of range from the vehicle so the system cannot be accidentally activated. After 30 seconds, the Sensotronic braking system should time out and go into sleep mode. Do not unlock the vehicle while any brake work is being performed and do not touch the brake pedal.

Once the work has been completed, the system needs to be reactivated using a multi-step procedure that involves cycling the ignition on and off once, then quickly cycling the steering wheel side-to-side. This will wake up the system and cause it to pre-charge the brakes.

A similar approach is used by BMW with its “Brake Fade ­Compensation” system. In 2006, BMW made software changes to its ABS systems on its 3 Series models that allow the brake controller to compensate for brake fade under hard use by increasing the amount of power-assist provided by the ABS pump.

The software algorithm can ­fairly accurately estimate the temperature of the brake pads without using an actual brake pad temperature sensor to predict how much the brakes are starting to fade. As the calculated pad temperature goes up, the system applies more power assist to compensate for any loss of friction. This provides a more consistent pedal feel without ­decreasing braking effectiveness or increasing stopping distances. 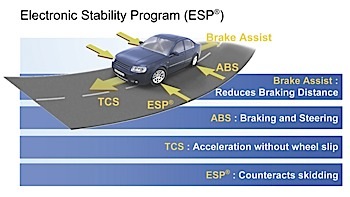 On most vehicles, the driver has to press harder and harder on the brake pedal when the brakes are getting really hot to maintain the same braking effectiveness. On some cars and SUVs, the brakes start to fade rather quickly when they are subjected to repeated hard braking. But it does provide a feedback signal to the driver to back off a bit so the brakes can cool. If the driver fails to realize what’s happening, and continues to ride the brakes, the brakes may get so hot that they fail completely — and that’s something ­nobody wants!

Software tweaks to the brake controller can also provide a “Hill Holding” feature on some vehicles. Monitoring the movement of the wheels via the wheel speed sensors and the position of the gear shift lever and clutch pedal position allows the brake controller to detect any rolling forward or backward when the vehicle stops on an incline. 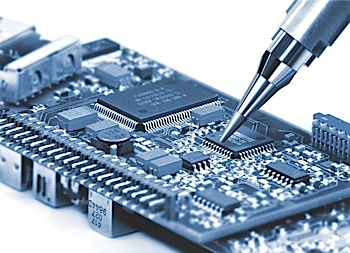 The system applies the brakes to ­prevent the vehicle from rolling while it’s stopped, then releases the brakes when the clutch starts to engage. This makes it easier for drivers who are not very adept at driving a stick shift and stopping on hilly terrain.

On some SUVs, such as Jeeps, software changes allow the brakes and stability control system to provide a “Hill Descent” feature. This allows the driver to concentrate on steering and take his foot completely off the brake pedal when descending a steep off-road trail. The hill descent system monitors the rate of ­descent and uses individual wheel braking to keep the vehicle straight as it descends the hill at a safe pace.

Software has also allowed the brakes to be integrated with “Adaptive Cruise Control” ­systems that allow a vehicle to maintain a consistent following distance as the pace of traffic changes. Most use radar to measure the distance to the vehicle in front, but some use optical ­systems. When the lead vehicle slows, the adaptive cruise control system automatically applies gradual braking to maintain a safe following distance. If the ­vehicle ahead suddenly brakes, some systems will give a hard pulse to the brake to alert the driver, while others will take over and apply the brakes if the driver fails to react in time.

By adding hardware that can see the road ahead (whether radar, optical cameras or both), automatic braking has even become a reality on some high-end luxury vehicles.  Volvo, Mercedes and others now offer some type of automatic braking system that will apply the brakes if the driver fails to react.

These systems detect cars and other objects ahead of the vehicle with their radar or optical systems. The relative rate of closure is constantly being calculated to determine if the driver needs to be warned. If the driver fails to slow down or brake, a warning light may flash or a chime will sound. If the driver still fails to react, the automatic braking system takes over and either begins to slow down the vehicle (collision mitigation braking) or bring it to a complete stop.

Some of these systems slow the vehicle only above a certain speed, while others may apply full braking as needed. It’s essential that the drivers of these vehicles fully understand how their automatic braking system works, what it will do and won’t do, and when it will and won’t intervene.

On Volvo’s XC60 City Safe system, for example, full automatic braking is only used at low speeds and does not intervene at speeds above 18 mph. The reason being is Volvo says up to 75% of all accidents occur at speeds of less than 30 km/h. So an automatic braking system that can prevent or lessen the severity of accidents within this speed range has the potential of significantly reducing insurance claims and repair costs.

Some SUVs are also combining automatic braking with object detection when backing up. Visibility behind many SUVs is very limited from the driver’s seat, so automatic braking kicks in if the ultrasonic backup sensors detect anything behind the vehicle while it is backing up.