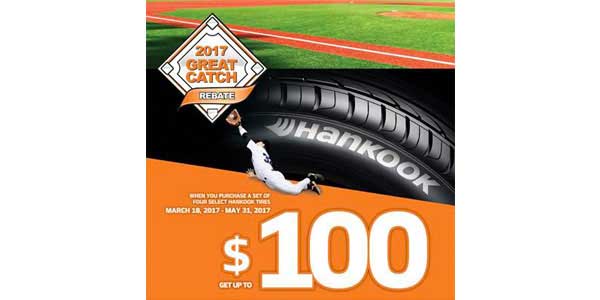 Mail-in rebate offers consumers up to $100 on a set of popular Hankook passenger or light truck tires.

As professional baseball teams and fans get ready for the start of the 2017 season, Hankook Tire America offers consumers a home run with its 2017 “Great Catch” mail-in rebate promotion. Drivers can save on seven of Hankook’s most popular passenger and light truck tires.

Consumers who purchase four qualifying Hankook tires from an authorized Hankook dealer between March 18-31 can save up to $100 through a mail-in rebate. According to the latest Hankook Tire Gauge Index, 55 percent of Americans have purchased tires through a rebate offer.

Drivers can save up to $100 on the purchase of a set of Hankook tires through the Great Catch rebate program, which runs through May 31.

“As many drivers transition to all-season tires this time of year, the Great Catch rebate promotion rewards consumers for purchasing Hankook’s highest performing passenger or light truck tires,” said Jae Bum Park, senior vice president of marketing, Hankook Tire America Corp. “With seven different models as a part of the promotion, drivers have the opportunity to save on a varied selection of tires to accommodate a wide-range of vehicles.”

Qualifying products that are part of the 2017 “Great Catch” mail-in rebate offer include: 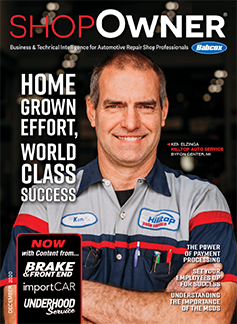 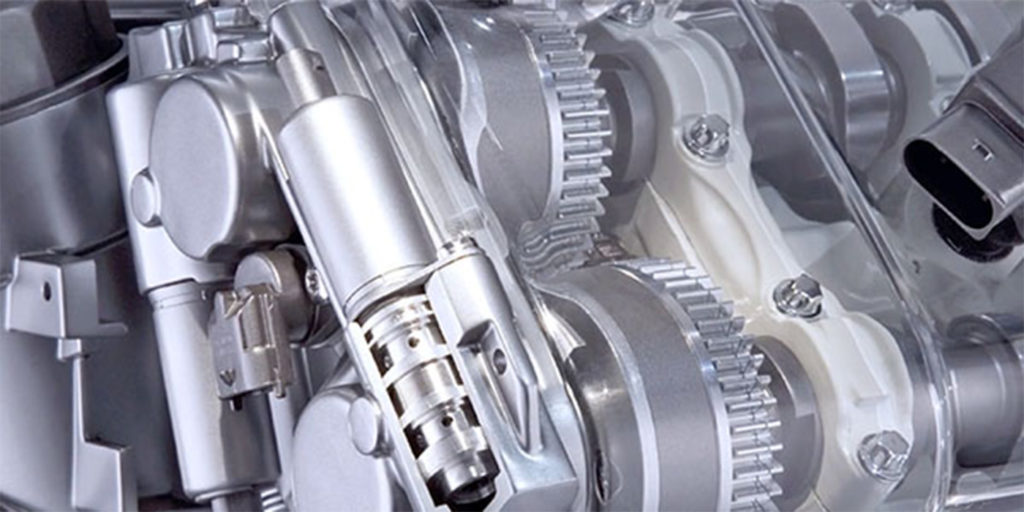