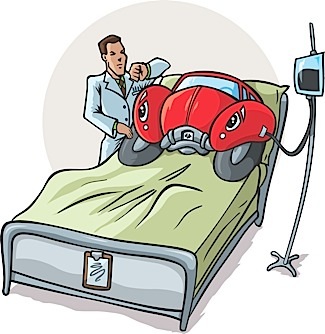 These days, the demand for the expertise of a practicing doctor and a technician on the job continues to accelerate. While a technician doesn’t need a degree to repair cars, he might as well have one with the speed at which the automobile has evolved and the vast amount of knowledge that’s required to fix today’s vehicles.
So, with all of its professionalism and prestige, the automotive repair industry is sometimes portrayed in a negative light on the news, and this really bothers me. There always seems to be some repair shop that has botched a job for a customer on the 10 o’clock news. The story is such that the customer is looking for sympathy and the news reporter is doing his part by detailing a fouled-up vehicle repair. Yet, you hardly hear a thing on the news about someone getting overcharged or wrongly diagnosed at the physician’s office.
There are other comparisons to think about. When a doctor is having trouble diagnosing a patient, he or she will refer him to a specialist. It sounds just like what we do in the auto repair industry, doesn’t it? The big difference is the first doctor is still going to send you a bill. Then again, if we send a job to a specialist, we very seldom get paid for the time that we’ve already invested into the customer’s vehicle. Maybe if technicians had an “AD” (Automotive Doctor) at the end of their title, things might be different and we’d get the same sort of respect. (Something to thwart those inexperienced wrench-benders who are only out to take people’s money and do subpar work on a customer’s car — something that degrades the entire industry.)
I get calls all the time from people wanting to know how much it will cost to fix their car. All they want is an over-the-phone estimate. Since I mainly do electrical repair, completely rewiring a car is nothing new for me, although giving an estimate over the phone is another matter altogether.
Now, how does that work if I call a doctor for an estimate? Can there be a price difference between doctors? Should I question him on what he is charging based on what the physician down the street is charging? 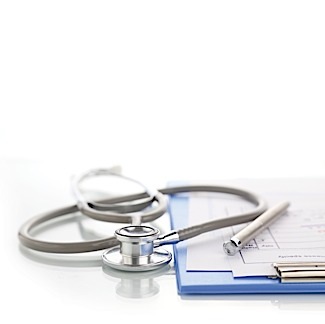 Should I tell the doctor that “so-and-so” worked on it before? From what I gather, it’s an insult to ask a doctor about price, other than the cost of an office visit (Of course, there are those unmentioned fees that always seem to creep up when the final bill comes in). Insult or not, I find it rather amusing that there is such a difference in prices from hospital to hospital and “Joe Public” doesn’t have a clue or seems unconcerned about it beforehand or during the procedures.
Then you get into the issue where the Joe Publics will attempt to repair things themselves. This unprofessional approach is probably the same thing a doctor runs across when someone tries to take care of a simple problem or use the Internet to diagnose an ailment, only to have it end up as an entirely different problem. Yet, they still won’t ask the doctor “How much?” Of course, when the bill shows up in the mail, their chin drops to the floor as they gasp at the cost. I wonder if a doctor has ever received a call from a client saying that their prices are way too high compared to the last doctor they went to?
While it may be a weak analogy, I’m trying to point out how consumers tend to be more focused on cost vs. satisfaction when it comes to automotive repair vs. physician services. So, maybe it’s a good thing that people ask me how much a repair will cost. At least then, it’s not as much of a shock to their pocketbook or to their physical health.
I’ve got to hand it to the medical profession, insurance companies and the like. They all manage to make a buck on everyone who’s in need of repair. Too bad we couldn’t get the same kind of coverage on a car. I’m not talking about extended warranties or some aftermarket company that would cover certain aspects of auto repair. I’m talking about a real “health insurance policy” for vehicles.
I doubt too many people would call me up asking for prices on repairs then. Instead, the caller would most likely say, “It’s covered; I’ve got great insurance…just get it done.”