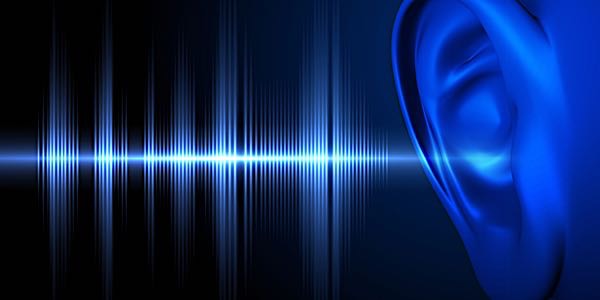 If you are trying to eliminate a noise, you could try to stop it from moving the air around it. This is not possible with brakes because they do not operate in a vacuum and they cannot be separated from the vehicle.

How your ears work is amazing. Moving air hits a diaphragm in your ear and tiny bones activate nerves that transmit signals to the brain. How the air, diaphragm and nerves interact can mean the difference between conversation or annoying brake noise.

Let’s say that you drop a ball-joint separator on the floor. As the fingers of the tool hit the floor, they start to vibrate. As the fingers vibrate, they excite the air around them. The forward motion of the fingers pushes the air forward, compressing it, and when the fingers pull back, they suck the air back creating a low-pressure area. If you were to chart the pressure change over time, it would go up and down like a wave (audible cyclic frequency) until the fingers stopped vibrating. These changes in air pressure created by a sound wave eventually enter your ear.

The ear is a simple device on a mechanical and physiological level. It is a membrane that is stretched across an opening like a drum. Attached to the eardrum are the structures of the middle ear.

The high- and low-pressure regions of the sound wave move the eardrum in and out. This causes the structures of the inner ear to vibrate at the same frequency.

These vibrations are then transmitted to the fluid of the inner ear, where they are converted to electrical nerve impulses. The brain receives and interprets these signals into sound.

Frequency and Pressure
Let’s say you dropped a larger pickle-fork ball-joint separator with longer and larger fingers. If you dropped it from the same height, you would hear a different sound. The tone or sound would be lower in pitch and louder.

The reason for this is that the fingers of the fork would be moving slower, taking more time to generate high- and low-pressure regions. The brain interprets this as a low or “bass” sound. How far the moving air is able to move the eardrum in and out will affect how the brain interprets the “loudness” of a sound. The farther the eardrum moves, the louder the noise.

All sound waves dissipate or lose energy over a given distance. The closer you are to the source of a noise, the louder it will seem. Let’s put some engineering terms behind what we have just observed. A sound wave has two parts to a cycle. These are called the compression and rarefaction regions (high- and low-pressure areas). The number of times the cycle repeats in a second (previously referred to) is called the frequency and is measured in hertz.

Your ears have a given performance range when it comes to frequency and sound pressure. In other words, the eardrum and connected bones can move only so fast or so slow (frequency/Hz). Also, the eardrum can only move so far (sound pressure). The average human can hear between 20 and 20,000 Hz.

Noise Control
If you are trying to eliminate a noise, you could try to stop it from moving the air around it. This is not possible with brakes because they do not operate in a vacuum and they cannot be separated from the vehicle.

The three available options are to change the frequency, eliminate the path of the vibration transfer or dissipate the noise by insulation absorption treatment.

How All Brake Noise Starts
All brakes make noise. When the friction material makes contact with the rotor, the coupling causes the brake pad and rotor to oscillate and vibrate. In engineering terms, this is called “force coupled excitation,” which means that the components are locked as a combined system that will vibrate at the system’s natural frequency’s combined modes of vibration.

The amount of excitation and the frequency generated can be influenced by variations in brake torque (or changes in the coefficient of friction) across the rotor’s face. As the components heat up, the rotor may develop hot spots that could cause the rotor to have different regions of friction that produce different levels of brake torque. This friction coupling is where most brake noise is generated.

Looking at the Entire System
When a customer hears a brake noise, it is not just the “pure” sound of the friction coupling. The sound they are hearing is a product of the entire brake system, structural transfer paths through suspension components into the passenger compartment and amplified noise within the reflective wheel well acting as a reverberant echo chamber.

Rotors
Many technicians are quick to condemn the brake pads in a noise issue, when in actuality the source of the noise is the rotor. The reason why most technicians blame the pads instead of the rotor is that they think that the rotor is unchanging under heat and extreme force. This is not true. A rotor’s shape can become “alive” or “dynamic” under the mechanical forces of braking and heat.

As the mechanical forces of braking act on the rotor, it can actually move and flex. While not visible to the naked eye, this movement can cause excitation and noise at the friction coupling. A poorly designed fin and hat design may not be able to control such noise.

The smoothness of the friction surface of a rotor is described in terms of microfinish or RA factor. RA stands for Roughness Average and represents a way to measure the smoothness of a rotor. Most lathes out there, when in good condition and used properly, will yield very acceptable RA factors.

The caliper supplies the mechanical force for the friction coupling. The caliper’s ability to keep a consistent “friction footprint” between the pads and the rotor’s face under different levels of mechanical force will determine how well it is able to control noise.

The second property a caliper must have is the ability to absorb and dampen vibration. A heavier brake caliper can better dampen vibration. But, like all automotive engineering and design problems, only so much weight can be put at a corner of a vehicle before it starts to affect unsprung weight. In some cases, engineers will shift mass to certain areas of the caliper, like the fingers and bridge.

If a component has too much freedom of movement, it will vibrate and create noise. If a component has a tight fit, chances are it will vibrate and even excite other components around it. This effect is compounded even further when it can influence the friction coupling, like a stuck brake pad. This is why it is necessary to ensure that slides, guides and clips allow movement, but not too much play. Many clips will lose tension over time. When the spring tension is lost, it is then unable to isolate and dampen vibration.

Brake Shims or Insulators
Brake shims have the ability to control noise in three ways. First, they prevent and reduce the transmission and amplitude of vibrational forces that cause excitation of the caliper, pad assembly and attached structure. This is accomplished by visco-elastic damping material within the layering construction of the shim and the method of bonding to the pad assembly.

Second, a shim can add mass to the brake pad that can dampen vibrations and oscillations in the pad and caliper. They reduce reaction forces transmitted back into the brake piston using elastomer interface coatings on their surface.

Lubes
Why do lubricants work to reduce some brake noises? It is a simple answer. When a caliper finger is lubricated at the point it touches the brake pad, the lubricant creates a boundary layer that separates the vibration of the brake pad from exciting the caliper finger and the caliper. This is one approach to solving NVH problems, but it has its limitations.

Petroleum-based lubricants should never be used for brake assembly work because mineral oils can cause boots and seals to swell and fail. Never use ordinary “chassis grease” on brake caliper sleeves and bushings. Chances are that within 500 to 1,000 miles, the chassis grease will break down and form a gooey mess that will cause the caliper to seize.

Advertisement
In this article:Brake Noise

Getting Better At Eliminating Brake Noise