How do I test the wiring for the fuel pump on a vehicle? What are the symptoms of a clogged fuel filter? What are the signs of E85 contamination? What should I do when I install the new pump and it doesn’t work? Get the answers to these questions and more in this Fuel System FAQ. 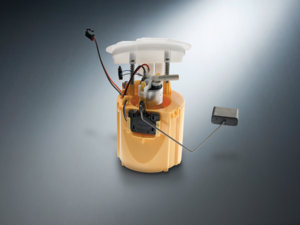 Advertisement
Click Here to Read More
Advertisement
How do I test the wiring for the fuel pump on a vehicle?
An accurate way to ­validate if the vehicle wiring can adequately deliver the power necessary to operate the pump is to use an appropriate “known good load” in place of the fuel pump. An appropriate substitute load is one that requires the same amperage as the fuel pump when it is operating.
When a known good load is installed in place of a fuel pump, an expected current should flow through the circuit. If the expected current flows through the circuit with the known good load installed, the circuit is functioning normally. If current flow is correct, voltage and resistance are what they should be.
What are the symptoms of a clogged fuel filter?
The most common symptoms noted are a loss in horsepower, leading to slow acceleration, and in some cases difficulty starting.

What are the signs of stale gas?
Stale gasoline is the loss of volatility, which means the gasoline has lost its “light-end” components and will not vaporize well enough to support ignition. The symptoms can vary according to ambient temperature. The ­diagnostic red flag is a fuel gauge needle pegged on full.
What are the signs of diesel fuel ­contamination?
The symptoms of diesel contamination greatly depend on the percentage present in the tank. A lower percentage might result in a minor power loss. A higher percentage, thanks to a lack of volatility, might result in a cranking, no-start condition after an overnight cold soak.
One basic test for diesel fuel is to place a few sample drops of gasoline on your fingertips and rub them together. If an oily residue is left, suspect diesel fuel contamination. If the cranking, no-start vehicle has fuel pressure but acts as if it has a fuel delivery problem, try adding a substitute fuel like propane to the air intake. If the cylinders begin to fire, suspect diesel fuel ­contamination. 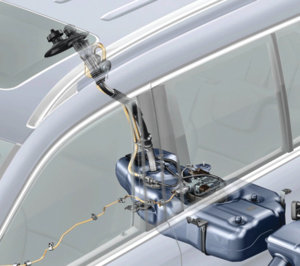 What are the signs of E85 contamination?
Drivers begin experiencing lean-fuel driveability symptoms, such as hard starting and loss of power, accompanied by a P0171 or P0174 DTC, depending upon the application.
As an aside, note that “ethanol” and “methanol” are distinctly different alcohol compounds. Methanol is used in racing applications because its high latent heat of vaporization keeps the engine cool, and because it produces slightly more horsepower than gasoline.
A customer is unsure if they filled up with E85 — what should I ask them?
Ask them what color was the handle on the pump. E85 gas pumps use a bright yellow handle to alert consumers that they are using something different than standard E10 grade fuel.
I am not getting 12 volts at the fuel pump. What is wrong?
The reason you are not getting 12 volts or more at the fuel pump on a late-model vehicle is because the fuel pump does not need a constant 12 volts. The PCM varies the speed of the fuel pump to increase or decrease fuel flow using pulse width modulation (PWM) of the pump’s supply voltage. The PCM determines how much fuel is required based on engine load and inputs from its other sensors. This type of system typically appears on an engine that has an airflow sensor to monitor engine load.
What is the first thing I should check if I suspect a problem with a fuel pump?
The first thing you should do if your vehicle stalls or will not start, and you think it might be fuel related, is add two gallons of gas. Sometimes a fuel pump is diagnosed as defective for not pumping gas when the gauge is actually inaccurate.
What should I do when I install the new pump and it doesn’t work?
It is not uncommon for fuel pumps to be installed because of inconclusive testing procedures. Inherent misdiagnosis can occur when performing open circuit voltage tests and continuity checks of ground circuits. The test equipment used to perform these checks (test lights and digital multimeters set to read voltage) does not load the circuit to the same degree that the fuel pump does when the pump operates.
Advertisement
In this article:Fuel Pump, Fuel System: Tank

Diesel Transmissions: Geared Up To Handle Power
Connect with us