Although the last Ford Bronco rolled off the line 10 years ago, the enthusiasm for what has become an iconic vehicle runs high as it approaches its 40th birthday. Throughout the country, various Bronco clubs are gathering this year to celebrate the success and mainstay of one of the industry’s most versatile vehicles. 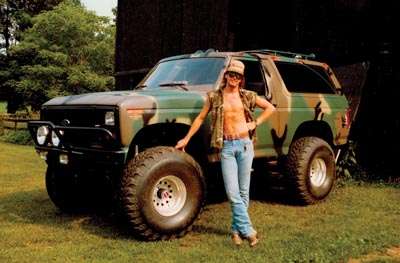 The Bronco made its debut in 1966, ushering in the dawn of the recreational four-wheel-drive era. Its competitors were the Jeep CJ-5 and International Harvester’s Scout. By the 1970s, the Chevy Blazer had entered the scene, followed by Chrysler’s Ramcharger and Trail Duster.

Rocker Ted Nugent (at left) may be the Bronco’s best-known aficionado. Nugent bought his first Bronco in 1971.

“It was light green with a white top, and I loaded her up with all of the off-road goodies to satisfy my no-road wanderlust,” said Nugent. “I had all the heavy-duty options available at the time, even a Warn winch, and I thought I had died and gone to heaven.”

Nugent has owned seven Broncos. An avid hunter and outdoorsman, he loves off-roading, but says he does it responsibly.

“Even with my wild image, I have always supported the concept of treading lightly,” he said. “When I go off-road with my friends, we are no more disruptive on the trail than a herd of elk.” Nugent added that the Bronco represents a way to connect with the “spirit of the wild.” 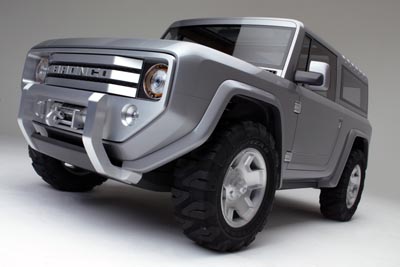 The Bronco’s popularity even led to the creation of the Bronco Concept (at right) for the 2004 North American International Auto Show.