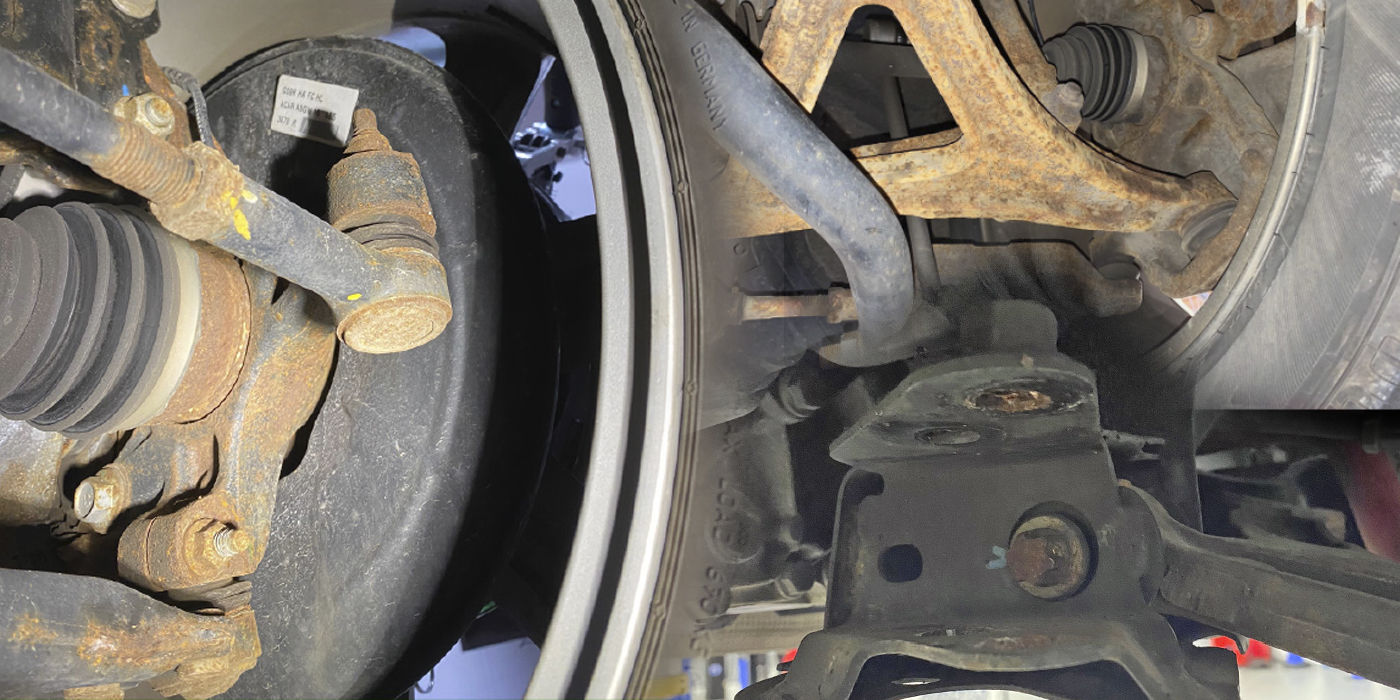 If camber is off on one side only, a close encounter with a pothole or curb may have bent a spindle, control arm or strut.

Normal driving usually won’t knock the wheels out of alignment or damage the suspension. However, normal driving also involves encounters with the unexpected, which often include potholes, curbs, parking lot speed bumps and other things that jar and stress the suspension.

Take a bent steering arm, for example. A bent arm will change toe alignment. Only 1/8-inch of toe misalignment produces scrub equivalent to dragging the tire sideways 28 feet for every mile that’s traveled. So if you see a feathered wear pattern on the tires, or what looks like camber wear on the inside or outside shoulders of both front tires (radials primarily), toe is probably out of alignment. Shoulder wear on both outside edges can be caused by toe-in while shoulder wear on both inside edges can result from toe-out.

Measuring the distance between each control arm and wheel is another way to find a bent steering arm. Both distances should be the same on both sides of the vehicle. If one arm is closer or farther from the wheel than the other, it will not allow equal toe changes on both sides when the wheels are steered.

Pulling down the suspension and checking for uneven toe changes side-to-side is yet another method that can be used to find this kind of “hidden” damage. If a steering arm is bent, one side will show a greater toe change than the other.

If you find evidence of a bent arm (unequal toe-out change or a difference in the distance from the steering arm to the wheel side-to-side), it may not be obvious which arm is the one that is bent. You may have to compare steering arm to wheel measurements on another vehicle of the same year, make and model to determine which arm is bent.

Camber can affect directional stability. A vehicle will lead towards the side with the most camber. So always compare camber readings on both sides. More than half a degree difference can cause a steering pull.

Different camber readings side-to-side with a jounce/rebound camber check usually indicate a bent strut that needs to be replaced or straightened. If the readings are the same, a check of the steering axis inclination (SAI) angle side-to-side should also be made.

Always use the manufacturer’s camber specification for adjustments. Setting the camber to zero might allow the tires to last a long time, but the stability and steering feel will be compromised.

You can zero in on the hidden damage (a bent or mislocated strut, bent control arm and/or bent spindle) by comparing the SAI angle, camber reading and “included angle” (the angle between camber and SAI).

Here’s another way to check for strut problems. Loosen the two camber adjustment cam bolts on the strut (if provided), push the steering knuckles in as far as they’ll go towards negative camber and measure the distance between the strut and brake rotor on both sides. Then compare readings. If both distances are the same, you can rule out misalignment at the bottom end of the strut or a bent spindle. If they’re different, one of the struts is bent.

Even with the toe adjusted and the steering wheel straight, a bent steering arm can cause the SIA to be out of specification. The same also applies to bent strut rods and camber.

Bending a strut to “realign” the front end is not an answer because you shouldn’t fix one problem by creating another. Bending a strut may bring camber back into range – assuming the wheel isn’t off more than one-and-a-half degrees (which is the maximum limit for bending any strut). But bending a perfectly good strut to compensate for misalignment elsewhere is going to create unequal camber changes side-to-side during jounce and rebound, which may create a bump-steer condition.

Some alignment systems will allow you to perform more diagnostic measurements. One of the most useful is set back. This mesurement will let you see how square the wheels are front to rear. Ride height measurement is another angle that can help you spot not only worn springs, but bent components. 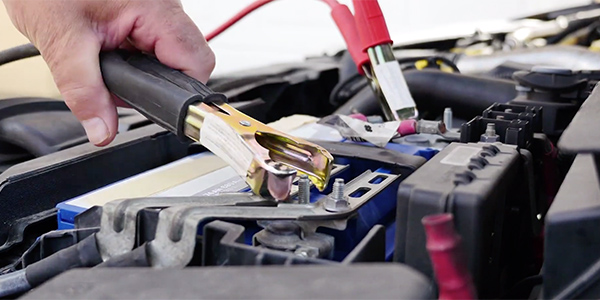