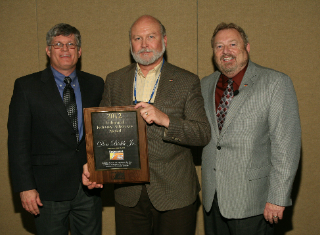 “Don Bickle truly exemplifies the idea of giving back for the betterment of everyone,” said Rusty Bishop, CEO of Federated Auto Parts. “Not only does Don play a leadership role with the Federated membership, he volunteers a considerable amount of his time, as well as his great knowledge, on behalf of the automotive aftermarket.  We congratulate Don on receiving our Industry Advocacy Award, a truly well-deserved honor.”

Bickle began his career at a young age working part-time in shipping and receiving and also helping on a delivery route. His full-time automotive career began as a service advisor at a VW/Porsche/Audi auto dealership in 1973.  In 1974, Bickle returned full-time to the family business and worked in numerous positions until assuming the position of general manager in 1983. In 1989, he was appointed to the position of president.

In the late 1980’s, Bickle joined the Board of Governors of Federated and served as chairman in 1991. He currently serves on the Federated executive committee and is chairman of the Federated audit committee. He has also previously served on the AWDA board from 1998 to 2001 and 2008 to 2011 and he also represents Federated on AAIA’s government affairs committee.

Previous winners of the Federated Industry Advocacy Award include Trudnowski in 2011 and Dick Beirne, president of United Auto Supply in 2010.