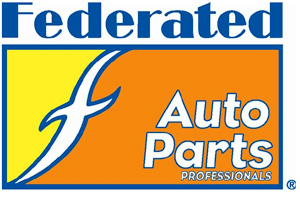 “One of the best parts of the annual Federated 300 is being able to award the pace truck to one of our valued customers who attends the race,” said J.R. Bishop, director of motorsports and event marketing for Federated Auto Parts. “We are thrilled that Troy Doss will be able to cruise around in a brand new 2008 Chevy Silverado 1500 pace truck. It will definitely be a conversation starter when he hits the streets in Louisville.”

The Federated 300 official pace truck is awarded annually to one of Federated’s hospitality guests during the pre-race festivities at the Federated 300. Twelve guests were selected through a random drawing and each chose a numbered keychain. Federated spokesman and Sprint Car Cup star Ken Schrader was on hand to announce which lucky customer drove home a winner.

A near-capacity crowd, including more than 1,200 Federated guests, saw Brad Keselowski cross the finish line first to capture the checkered flag at the Federated 300 at the Nashville SuperSpeedway. The crowd also enjoyed a pre-race country music concert while a nationwide audience tuned in the broadcast of the race on ESPN2.